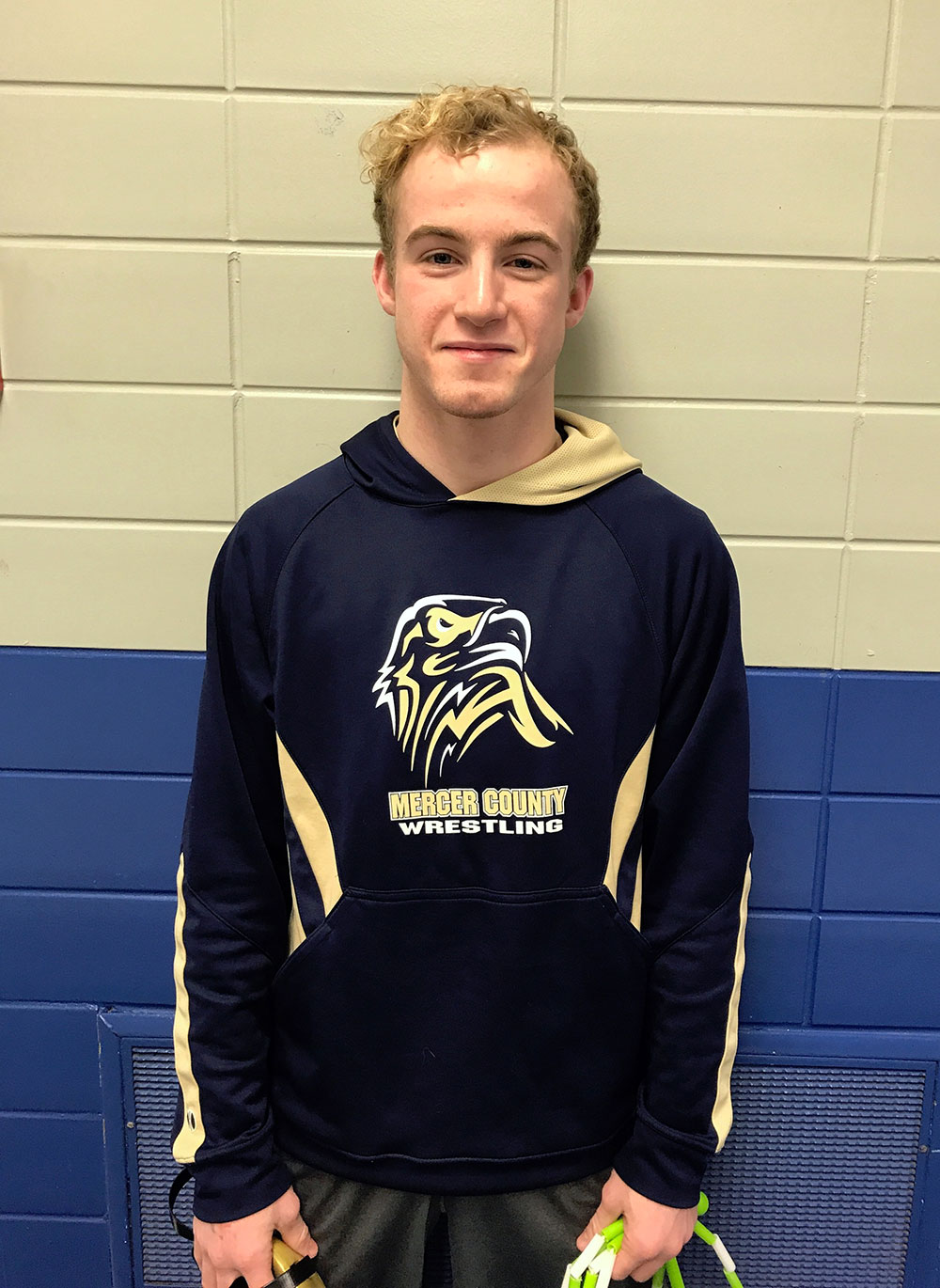 Late on Sunday night, Stone Engle was scrolling through Twitter when he saw a post to vote for this week’s GO EARN IT Wrestler of the Week award.

As an avid voter in the weekly poll, the Mercer County 132-pound senior clicked on the link to see the candidates, and what he found was quite surprising.

“I was scrolling through Twitter before bed, so I looked at the poll and was like, ‘Wait, what?!?!?’” Engle said. “I didn’t expect anything, but there was my name.”

Engle – a three-time state medalist – was one of four finalists for the weekly award, which this week was given out based on regional performances.

Engle was nominated for the honor after his thrilling regional showing, which was highlighted by an UTB victory over two-time defending state champion Fulton senior Tyler Fleetwood in the finals of the Class 1A Rockridge Regional.

Nearly 36 hours after he learned of his nomination, Engle was officially voted as this week’s GO EARN IT Wrestler of the Week.

Great support after a great weekend.

After Engle and Fleetwood split a pair of regular-season matches, Engle won Round 3 in thrilling fashion.

After Fleetwood scored the match-tying takedown with five seconds left in regulation, neither wrestler was able to find a takedown in the first overtime period, but each wrestler escaped in the riding session.

With the match still tied to force the UTB, Engle chose down and found the match-winning escape.

“After he got the takedown to tie, it was like, ‘Ah man, there was only five seconds left,” Engle said. “But after that, I just had to refocus and get ready for the next period because I knew it was likely to go the distance.”

The victory helped Engle avenge his only loss of the season, which came to Fleetwood on Jan. 20 in the finals of the 35th Annual Bob Mitton Orion Invitational.

“Every kid wants to finish undefeated, but sometimes it’s nice to have a loss,” Mercer County coach Steve Speaker said. “He’s a pretty humble kid, but I think that loss woke him up a little more and really focused him even more.”

Engle and Fleetwood enter a loaded Class 1A Oregon Sectional that features them both as well as Stillman Valley senior Jared VanFleet, who’s ranked No. 1 at 1A 132 pounds in the current Illinois Matmen 1A rankings, and Alleman freshman Jack Pattling, who’s ranked No. 5.

Luckily, with his regional title, Engle is on the opposite side of the bracket of all three.

“After the match, I told the Fulton coaches, ‘Well, we should see two more matches between them because I don’t see any reason why they shouldn’t see each other in the next two finals,” Speaker said. “There are some really great kids at the weight, but I really think it’s possible.”

Anything is possible in Engle’s quest for his first state title. After he finished fourth as a freshman and junior and third as a sophomore, Engle is aiming to accomplish the one goal he hasn’t thus far.

“The regular season is a little more laidback, but in the postseason it’s do or die, so it’s either win or be done with your season,” Engle said. “It’s more intense. This is my last high school season, so I have to give it all I have, and that’s exactly what I intend to do.”