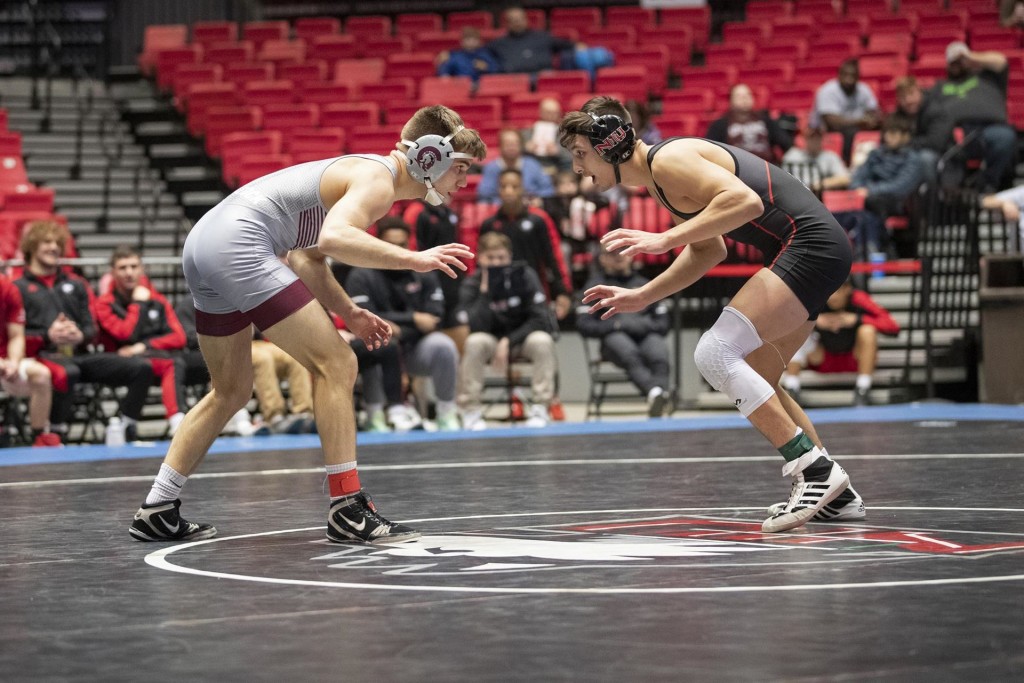 Huskies Fall at No. 24 Missouri

COLUMBIA, Mo. – The Northern Illinois University wrestling team’s four-match winning streak came to an end with a 32-6 setback at No. 24 Missouri Saturday afternoon.

“We are not pleased with our execution today,” said NIU head coach Ryan Ludwig. “We know we need to get back in the room and grow from what we learned.”

Anthony Gibson and Max Ihry provided the highlights for the Huskies (8-4, 3-2). NIU fell behind 12-0 after a pair of pins in the first two matches. Gibson put the Huskies on the board when he earned a 3-2 win at 141 over No. 17 Grant Leeth.

Unfortunately for NIU, Missouri (10-5, 7-0) would go on to win the next six matches, including a pair of major decision victories. Max Ihry was impressive at 285, battling Jacob Bohlken to a 3-1 victory in overtime. After each wrestler earned an escape in regulation, Ihry used his speed and athleticism to record a takedown in the first overtime.

NIU continue conference play Saturday, Feb. 1 when the Huskies travel to SIUE for a 5 p.m. match.