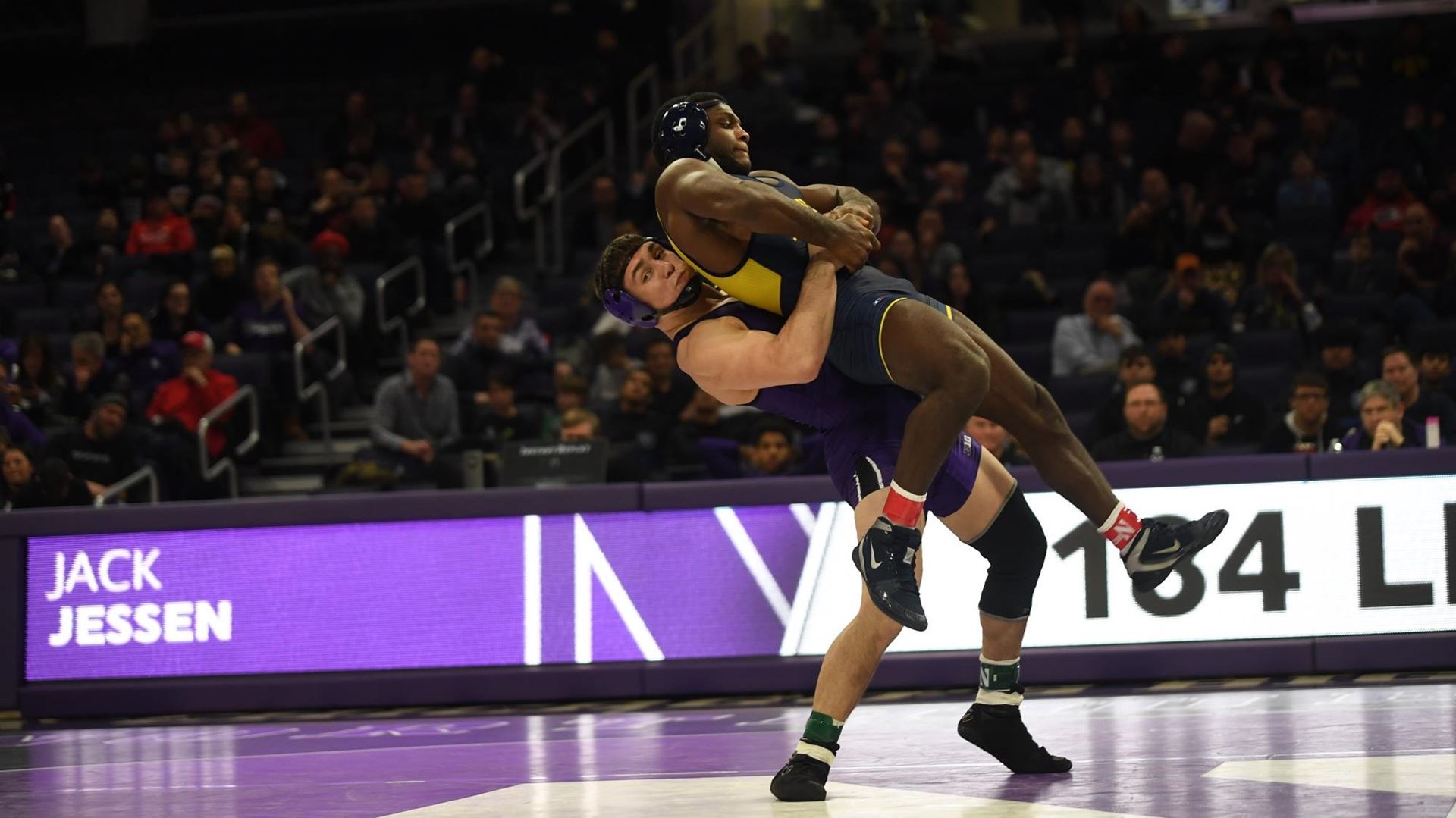 EVANSTON, Ill. – The Wildcats wrestled strong against #19 Michigan, winning five of 10 bouts on the night, headlined by 14-0 major decisions from both Shayne Oster and Tyler Morland.

No. 1 Ryan Deakin improved to 12-0 on the season after defeating another top-ten grappler in No. 9 Will Lewan, notching his fourth win over a top-10 opponent. Deakin went ahead early, with a takedown in the first period and never trailed for the 10th time this season, winning by a 4-1 decision.

In the matchup before intermission, No. 21 Shayne Oster put on a dominant performance over Reece Hughes, with a 14-0 major decision. Oster opened the bout up in the second period, notching a takedown followed by four near fall points. He improves to 3-1 in Big Ten play.

Coming out of intermission, Tyler Morland showed out, earning an 14-0 major decision over Max Maylor. After a tight first round, Morland opened up his lead notching seven points with a takedown and four near fall points.

Jack Jessen followed with a nail-biting finish, notching a 7-6 decision over #11 Jelani Embree. After falling behind 2-0 in the first period, Jessen came back with a strong second period, scoring six-straight points. The tightly contested match was decided at the very end, where Jessen won 1:00 of riding time.

Lucas Davison continued his recent hot streak, moving to 7-0 in duals this season with a 4-1 decision over #31 Jackson Striggow. After a scoreless first period, Davison recorded a takedown in the second period to take the lead.

The Wildcats dropped the dual by a score of 20-17. With the setback, the ‘Cats sit at 3-4 in dual action this season.

Chicago’s Big Ten Team will take to the mat again on Sunday, February 2 in Urbana-Champaign as they battle #22 Illinois. The Wildcats will be back at Welsh-Ryan Arena for their home finale on Friday, February 7th to take on Michigan State for Senior Night. 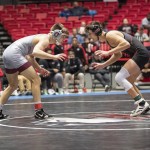