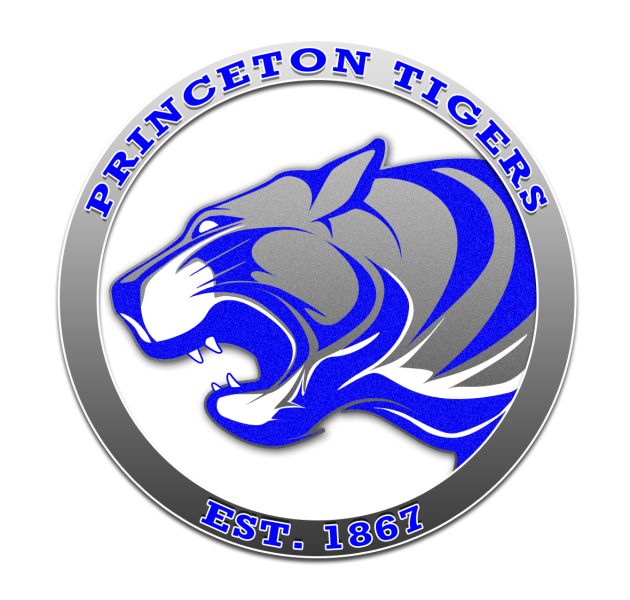 Christmas has come and gone, the calendar has turned to a new year and Illinois prep wrestling is nearing the homestretch.

That must mean it’s time for the annual trip to Princeton.

Starting Friday afternoon and concluding Saturday night, 33 of the best small schools in the state will descend upon the town for the 54th annual Lyle King Princeton Invitational, widely considered the best small-school tournament in Illinois.

One of the people behind the event is ninth-year Princeton coach Steve Amy, who does a lot of the prep work prior to the tournament before he turns over tournament director duties so that he can coach in the event.

Recently, Illinois Matmen caught up with Amy to discuss this year’s most-anticipated weights, the best wrestlers he’s ever seen in the tournament and why the PIT finals go out of order.

Illinois Matmen: How did the tournament begin and how has it evolved over the years into one of the best small-school tournaments in the state?

Amy: Former Princeton wrestling coach Lyle King started it 54 years ago, and there were just four teams, but it gradually built and built and built. When (former PHS coach Randy) Swinford got a hold of it, it was around 12 teams, but he jumped it to 24 teams during his time. When I became coach, there was 25 teams and I just added until I couldn’t fit any more people in the gym (laughs).

Illinois Matmen: What’s the one thing fans must know most about this tournament?

Amy: Come early if you want a seat (laughs).

It’s the best small-school wrestling in the state. If you watch the finals or even the semifinals, everybody gets into every match.

A few years ago, we had a standing ovation after a heavyweight championship match between Riverdale’s Mitchell Keppy and Byron’s Reid Sealby because everyone knows and appreciates those type of matches that much. It’s incredible to see.

Illinois Matmen: At this year’s tournament, what weights are expected to be the most-competitive and most-anticipated?

Amy: At 145 pounds, you have the top 3-ranked kids in the state according to the Matmen rankings as well as some others. That bracket also has the only defending state champion in this year’s tournament (in Byron senior Nolan Baker).

Illinois Matmen: You’ve said before that it can be harder to win a PIT title than a state title. Why is that?

Amy: Oh yeah, at times it definitely can be. It’s not that way every year, but a lot of years for a lot of weights it is.

If you get to the state tournament, there are 16 guys, but depending on geography there could be guys who have been eliminated that may be among the best in the state. Sometimes there are just too many quality, ranked kids for everyone to get out of the sectional, but at the PIT that doesn’t happen and you could run into anyone at any time. Those kids won’t be eliminated here like they could be eliminated at the sectional.

I’m sure there are going to be or have been guys who have won state but either haven’t placed here or have placed low.

Illinois Matmen: In your nine years involved with the tournament, which wrestlers have had the most-dominant showings?

Amy: (Four-time state champion and Dakota alumnus) Josh Alber is definitely one. He cruised through it every year which doesn’t surprise anyone at all. (Fellow Dakota graduate) Carver James was also the same way.

Really, a lot of the Dakota kids are the ones who really stick out in my mind the most because they were all unbelievable.

Even the Baker kid last year is one. He’s fun to watch because if you turn your head for one moment he already has the guys on his back and pinned.

Illinois Matmen: Has the tournament thought about expanding to become even bigger, and how many teams are currently on the waiting list?

Amy: Currently, we have 19 teams on the waiting list. I would love to expand it more, but we’d need to a bigger facility to do it.

Illinois Matmen: Over the past few years, the tournament has become known for ‘going out of order’ in the finals. Why mix up the weights?

Amy: It’s just something to be unique. Once the state tournament began randomly drawing its starting weight, I thought, ‘Why not randomly mix our tournament up?’

It’s more about keeping everybody interested, and now everybody sticks around for that heavyweight match where normally they’d leave and try to get on the road early if it was the last match.

If you put two state place winners or a state finals rematch as the last match, people are more likely to stay because they want to see it.

Illinois Matmen: This tournament is a long few days, so what’s Saturday night and Sunday usually like for you?

Amy: Really, after the tournament is over, it’s a big exhale.

Saturday night after everything has been unloaded, I just crash. On Sunday, I usually sleep in (laughs), but that can be hard with two young boys. I usually just keep it simple with family time on the couch and watching TV. 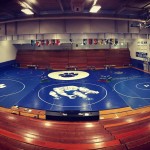