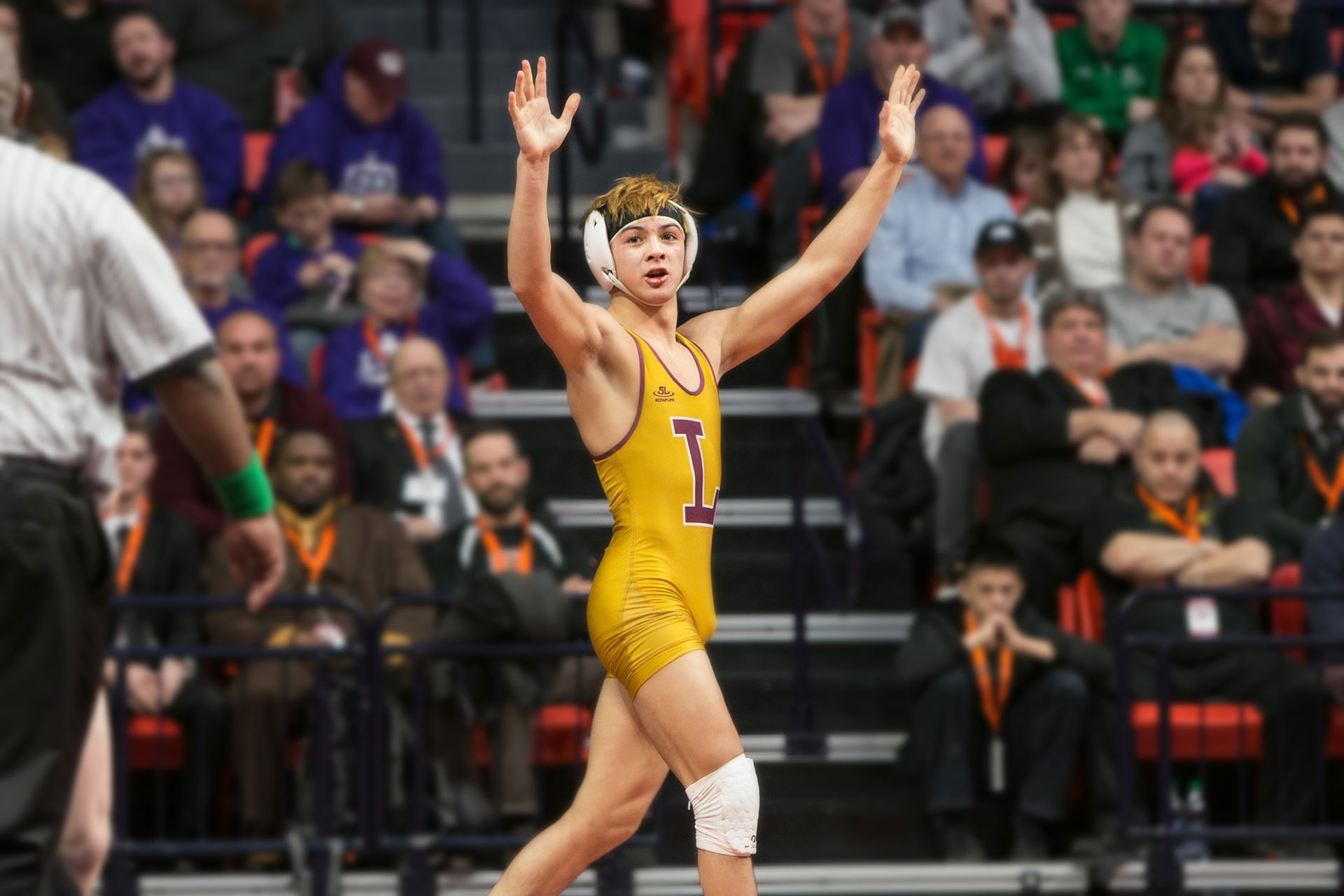 You might think it couldn’t get better for Matt Ramos than winning a world championship on the Fourth of July.

Ramos, a Lockport senior, did that last year in the Cadet World Championships in Zagreb, Croatia. But there was still something important missing from his resume and his mission this season was to fix that. 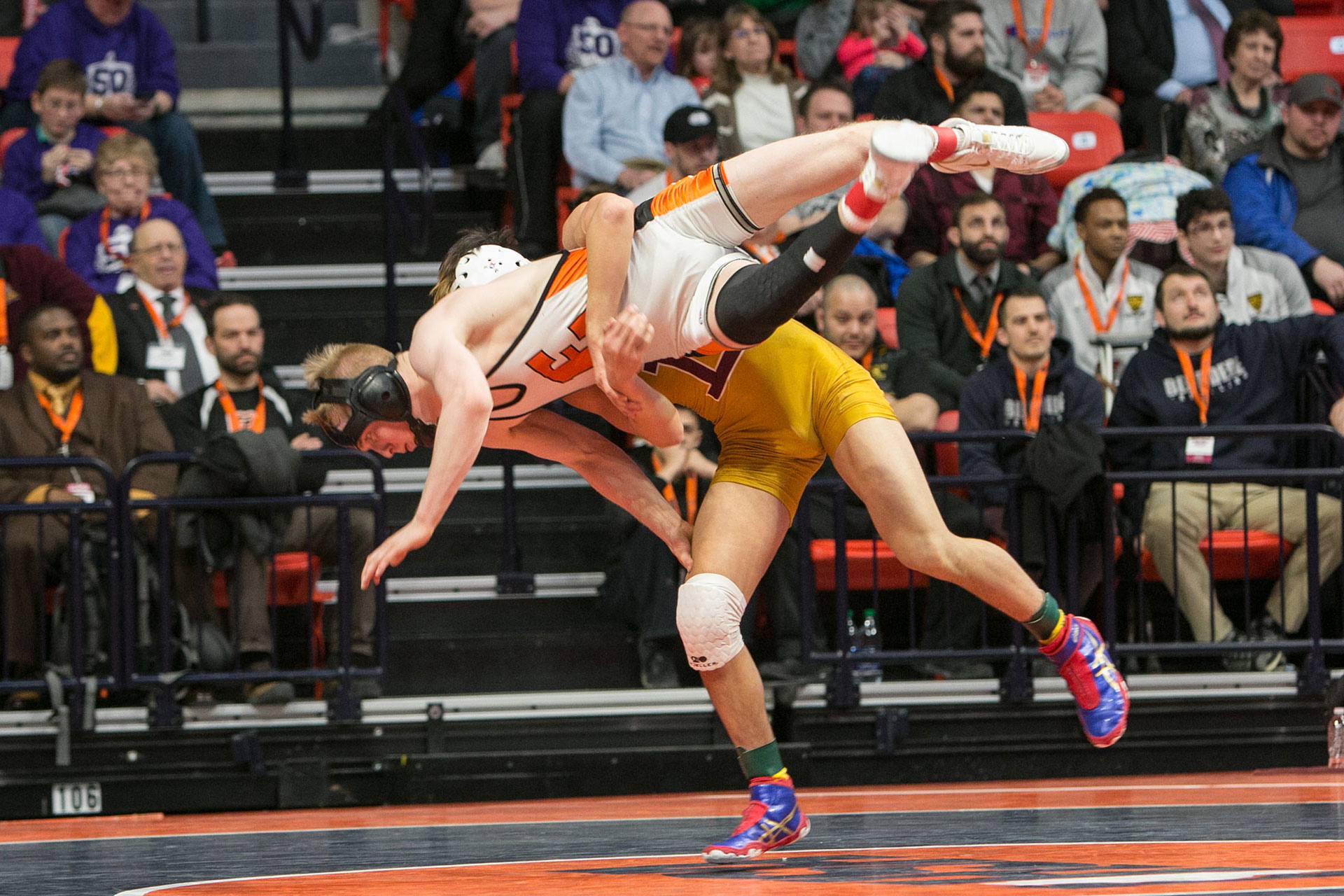 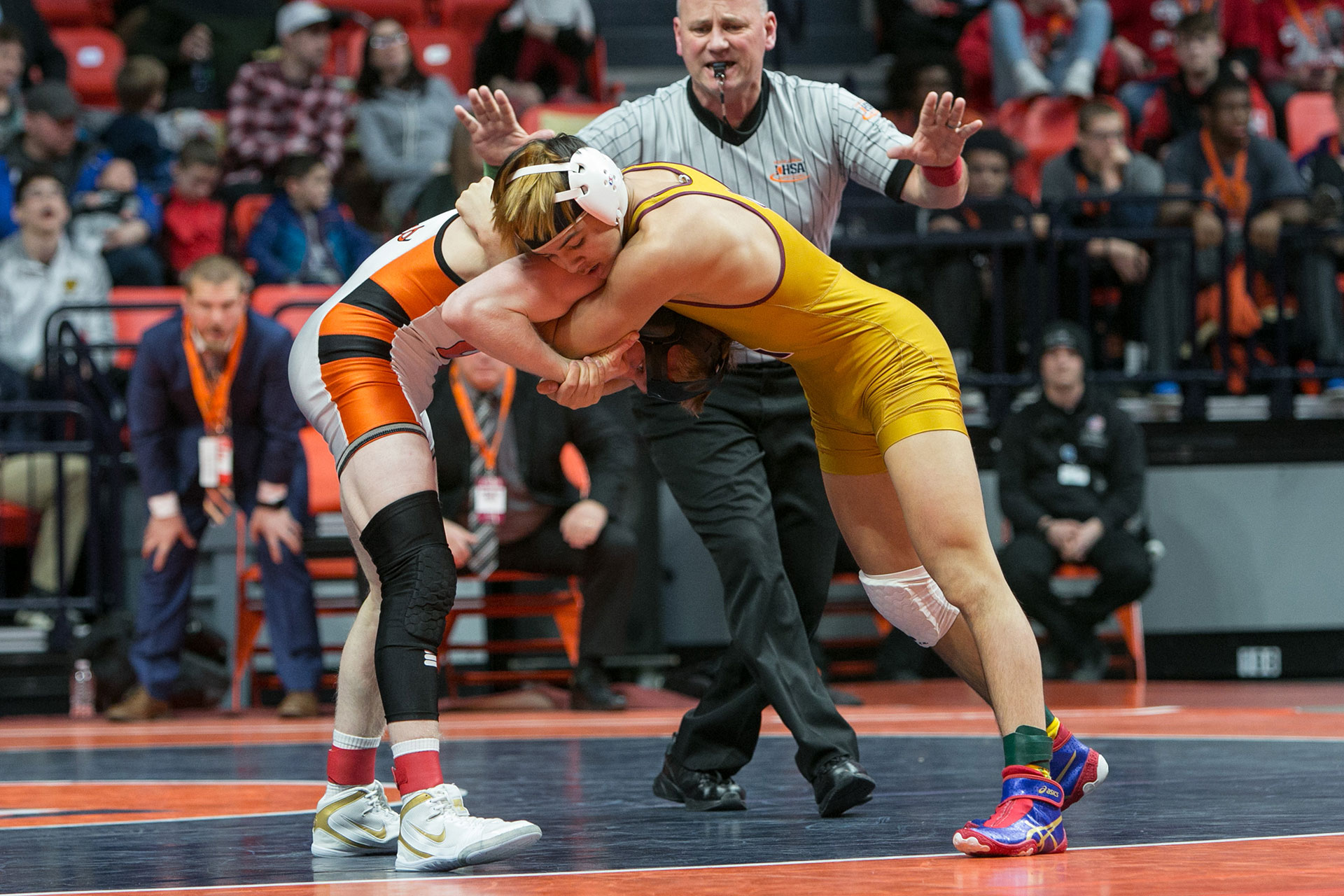 Ramos (34-4), a Minnesota recruit, has had plenty of career highlights since wrestling on the junior varsity as a Lockport freshman. He was fifth at 106 as a sophomore and third at 113 last season, when Surtin won state. Then came the Cadet world title over the summer.

But the near-misses in Champaign gnawed at him.

Though they didn’t meet at state last year, Ramos and Surtin — a Missouri recruit — do have a history. Surtin (50-2) won their sectional meetings last year and last week.

“I love wrestling with Noah,” Ramos said. “We’re two different types of styles. He’s strong snd knows how to get to his attacks. I’m very funky.” 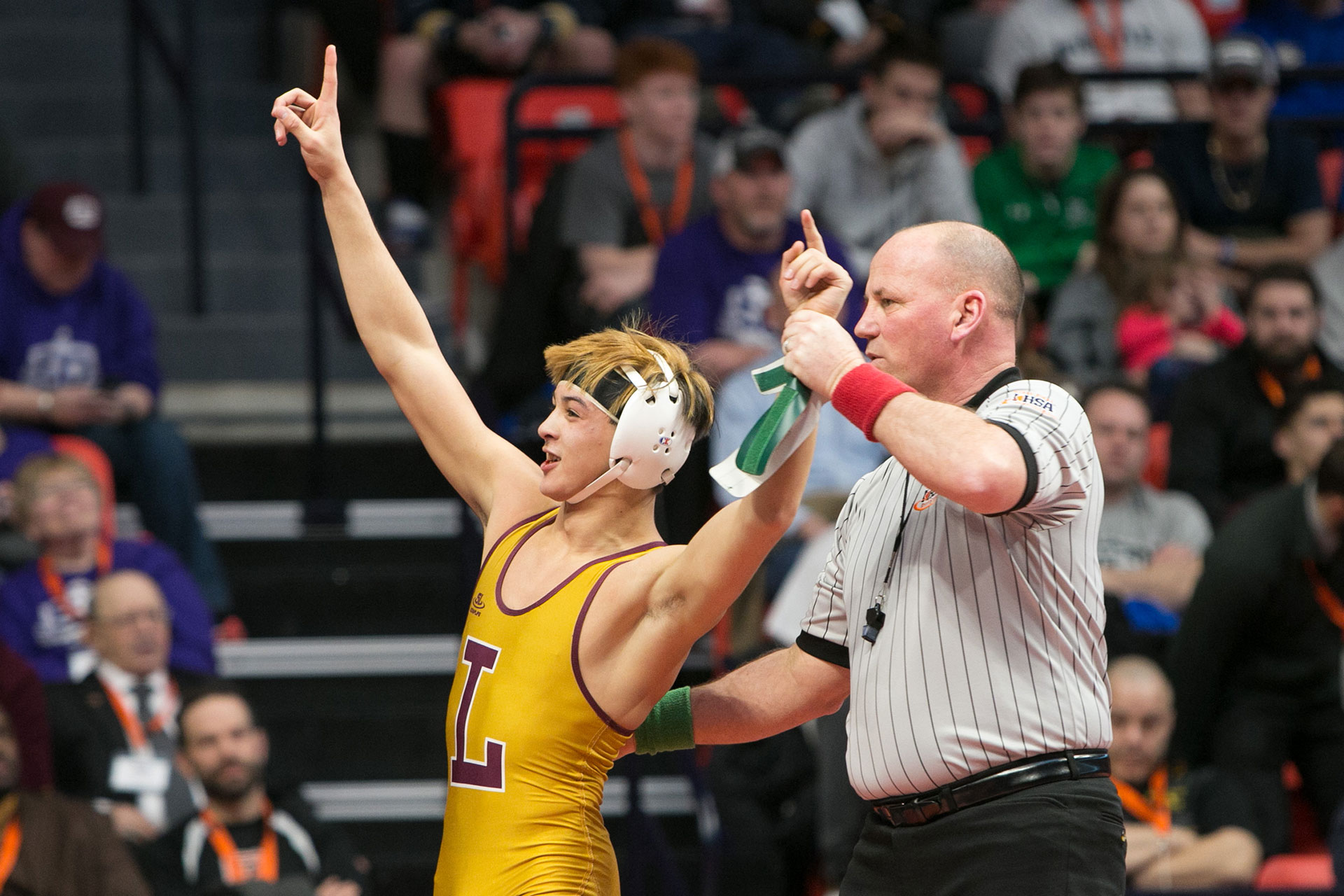 Ramos and his coaches both learned from this year’s 11-10 sectional loss to Surtin.

“Last week I felt pretty passive,” Ramos said. “I had to go out there this match and be the dominant guy. I had to be the predator, you can’t be the prey. You have to attack, attack.”

You also have to defend.

“We made one little adjustment on Noah’s single-leg,” Lockport coach Josh Oster said. “He’s got a real nice finish. We made sure he couldn’t lock his hands on the single.

“That neutralized that the one time he got in.” 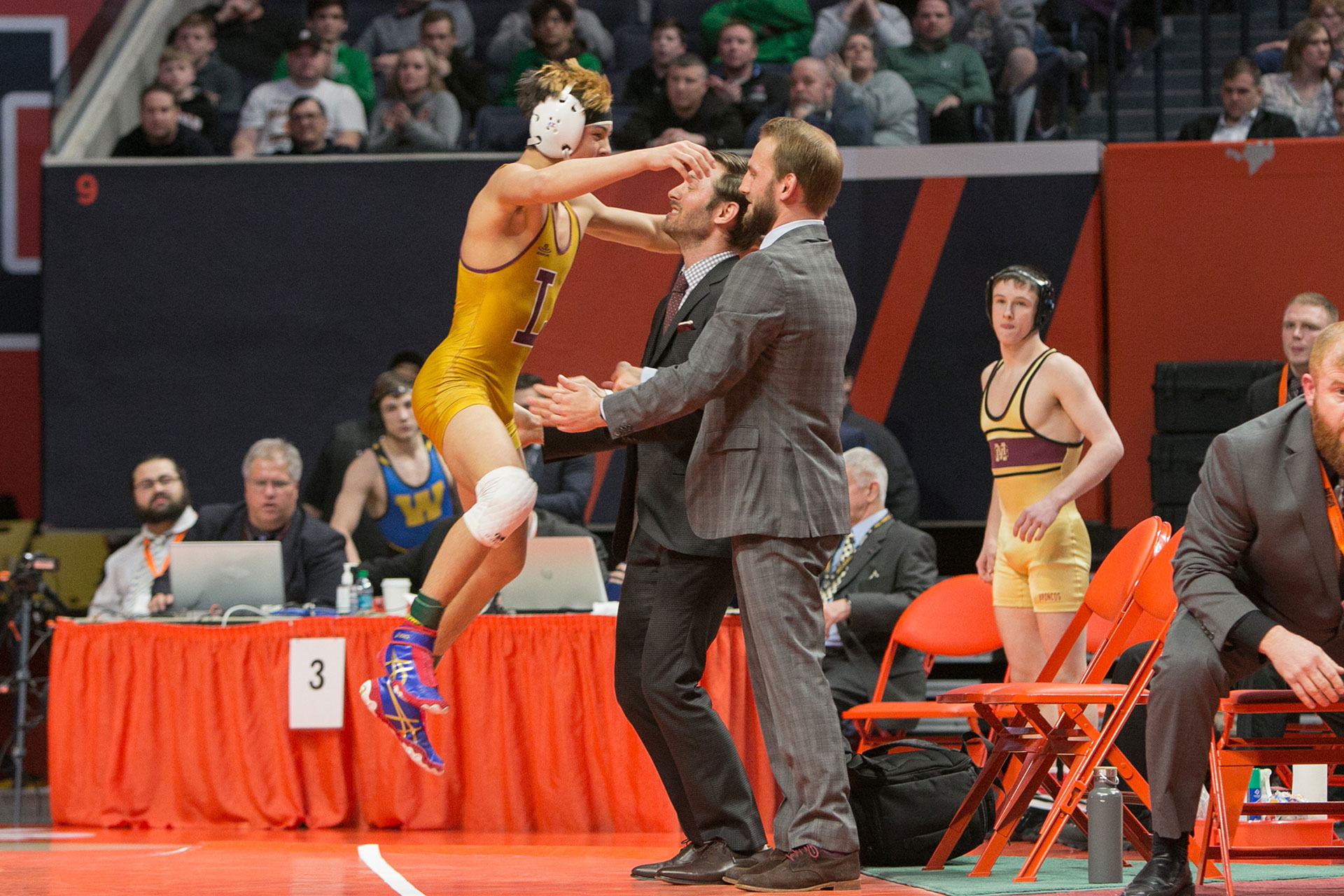 There was a mental adjustment as well, according to Oster.

“Matt (was) relaxed and had fun out there,” he said. “That may have been the best I’ve seen him wrestle all year. And it was good time for that to happen.” 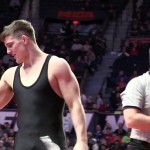 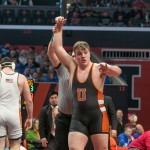