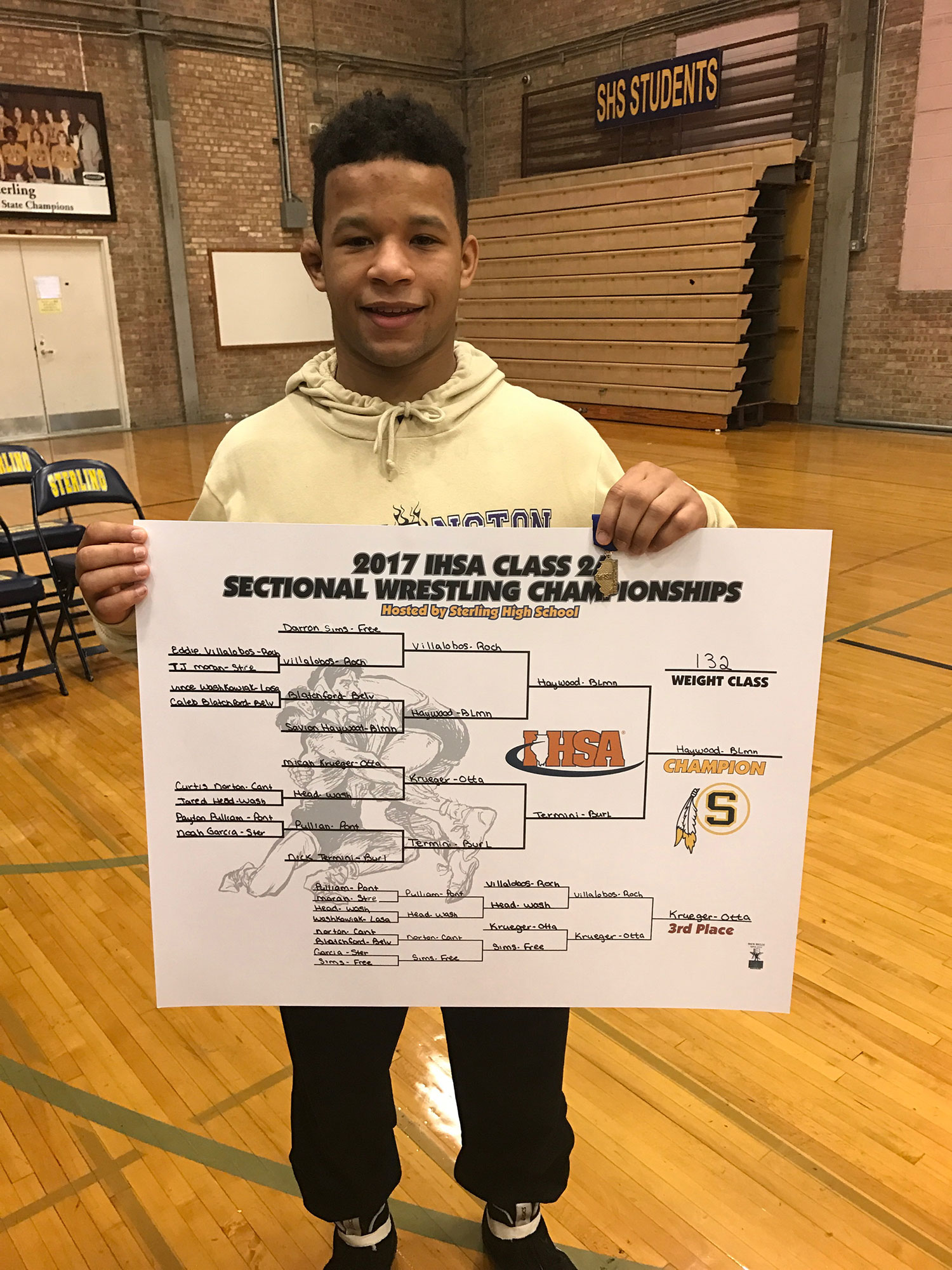 Savion Haywood just went with it.

In the 132-pound championship match at the Class 2A Sterling Sectional, the Bloomington junior found himself in a tricky position.

With little options and not much room to work, Haywood did something a little unusual.

He did a cartwheel.

“I dug an underhook and tried to get a far knee pick, but he stepped behind and blocked me,” Haywood said. “The only way I could go was to my back and going into a cartwheel was just a natural reaction.

“I was looking to not get thrown to my back, but luckily I caught him on his back.”

The move got Haywood out of trouble and helped him earn a second-period pin fall to win a sectional crown.

It also got everyone talking.

“That was incredible,” Bloomington coach Mark Gardner said. “It was great that A. He had the wherewithal to recognize the situation and B. The physical ability to do it.

“We do a lot of gymnastics in practice so I immediately told him I was taking credit for that but, really, that was all him.”

The move showed Haywood’s skill and athleticism, both of which are what makes him so dangerous.

A two-time state medalist, Haywood has become one of the state’s best wrestlers as he enters the IHSA Class 2A State Tournament with a 41-1 record and is ranked No. 2 in the current Illinois Matmen GO EARN IT Wrestling Apparel rankings.

“It means a lot to win this sectional title and get back to state,” Haywood said. “This helps me know that I’m achieving my goals, but I still have one more to achieve which is that state title, which I’ve been working for since I was in junior high.”

This weekend he hopes to win it.

After he placed sixth as a freshman and fourth as a sophomore, Haywood is one of the top contenders at his weight and is looking to become only Bloomington’s second-ever state champion.

“Last year, I think his goal was to win a state title, but I don’t think he fully believed that he could do it,” Gardner said. “You could see he was apprehensive his last couple of matches at state. This year, it’s been a whole different kid. Going into the sectional final, he said his goal wasn’t to win the match but rather to beat his opponent by 15 points and get a tech fall, and he got the pin instead.”

A two-time Fargo national qualifier who placed sixth in cadet Greco last year, Haywood gave up football this fall in order to focus on wrestling.

Now, outside of school, wrestling is pretty much all he does.

“He does very little outside of school work and wrestling,” Gardner said. “He didn’t play football because he just wanted wrestle preseason. He also doesn’t do anything in the spring besides Freestyle and Greco. In the summer, he wants to be in the wrestling room every day. He’s calling us asking, ‘Can you open the room? Can I get a workout partner in there?’

“That mentality just brings up our whole team around him. It’s huge to have a kid like that in your program.”

Haywood does have one loss this season, but it was a defeat to an out-of-state opponent. Then, the next day, he came down with a 104.6-degree temperature.

Other than that, he’s been perfect and is unbeaten against Illinois opponents.

“What makes me so good is my practice partner (Bloomington 126-pound senior) Steven Lee,” Haywood said. “He pushes me every day in practice and puts me in all different types of situations, so I know how to wrestle from different spots.”

In addition, he some extra motivation within the wrestling room as his older brother, Devante, is an assistant coach for the Purple Raiders and oftentimes pushes his brother.

“We’ll go at it in practice sometimes, but that’s also my brother so I love him and he’s always been there for me,” Haywood said. “He’s really helped me get better over the years.”

With one week left in his high school season, Haywood is hoping to end it atop the state podium.

“Looking forward, he wants to wrestle Division I, so I really think his best years are ahead of him,” Gardner said. “I think a state title would just catapult him into a Division I program.” 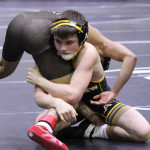