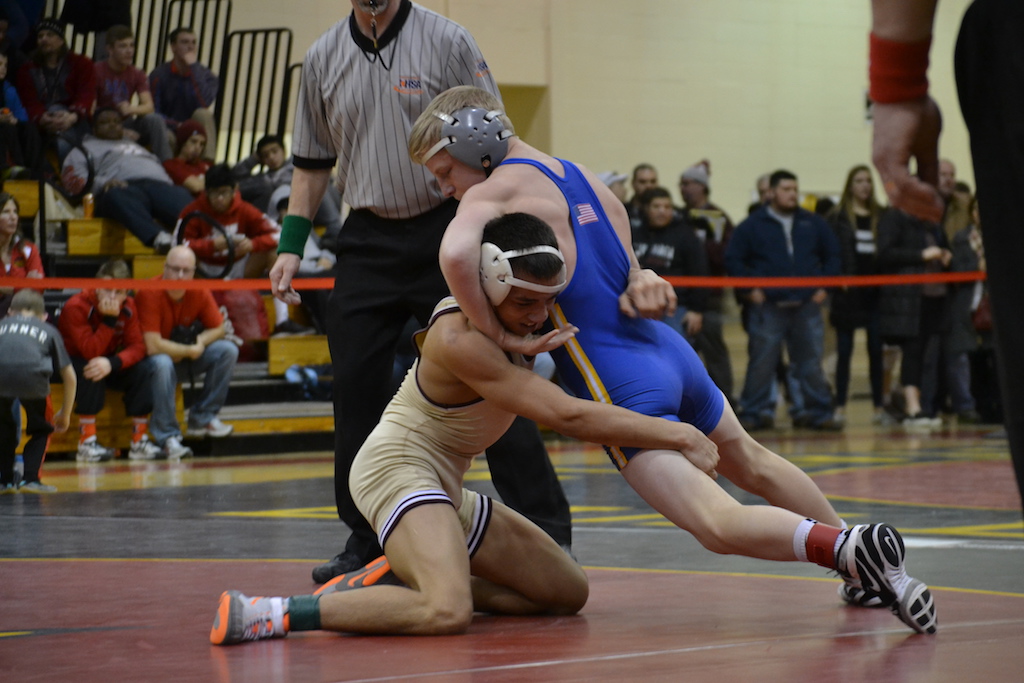 The top-ranked Willowbrook 170-pounder (48-1) had some early scares on Saturday, Feb. 13, at the Batavia Sectional, but each time he methodically came back to score a decisive victory.

Case in point: his first match against No. 11 Stevie Schmult of Naperville North (36-6). Rowland was up early, but took a bad shot and Schmult put him on his back for five points. Rowland ultimately came back to win a wild 20-11 major decision.

In his final against Carl Sandburg’s fourth-ranked Brian Krasowski, Rowland had an early takedown with a single leg, but after an escape, Krasowski snagged an ankle off a re-shot and scored on the edge to go ahead 3-2. That was his only lead of the match, as Rowland finished two more single legs – including one with short time in the second period – for a 7-5 win.

“Third period I knew if I got an escape and takedown I’d go out on top,” Rowland said afterward. “He has a good re-shot to my back leg. That’s what he scored on. I shot a bad single leg and he re-attacked my back leg. I need to work on that.

“[The first-round match] was a scare but it woke me up. I got some things to work on.”

Rowland was one of six top-ranked grapplers at Batavia, all of whom won their respective weight classes. Real Woods, Rudy Yates, Austin O’Connor, Nathan Traxler and Matt Allen all remained perfect in the postseason with sectional championships.

Woods used a smothering ride to control Sandburg’s Louie Hayes 5-2, while in a rematch of their regional final, Allen pinned Downers Grove South’s Zach Muller in 3:37.

Yates, a two-time state champion, perhaps had the toughest bracket of all based on the GO EARN IT Wrestling Apparel rankings. In addition to Yates, the second-, third-, sixth-, 10th- and 12th-ranked wrestlers all populated the field at 132, meaning two of them wouldn’t make it to state. It didn’t matter to Yates, who tech-falled No. 10 Aaron Kruk of Naperville North 19-4 before edging fellow two-time state titlist Dylan Duncan 7-5 in the semifinals.

In the finals, Yates wasted no time in hitting a fireman’s carry for five on Marmion Academy’s returning state runner-up Anthony Cheloni. Yates eventually jumped out to the side for a headlock finish, which allowed Cheloni to roll him through to cut the lead to 5-2.

Yates cut Cheloni in the second and couldn’t score on the lanky Cadets junior for the remainder of the match. In the third, Cheloni used his length to ride Yates for the entire period and gain a stalling point, but it wasn’t enough to win.

Yates said the headlock finish isn’t a strength of his, which may have accounted for his conservative style the rest of the bout.

“When I had him on his back I was saying to myself ‘I’m going to pin him right now’ and when he rolled me through I think it freaked me out a little bit,” Yates said. The rest of the match I was a little freaked out. I won’t let that happen again.”

On the back end, Duncan and Lyons’ Tyler Zeman advanced to the state meet. After injury defaulting the first round, Zeman came all the way back with three straight wins before defaulting the third-place match.

Marmion led all teams with nine qualifiers. Sandburg had eight, Montini had seven and Lyons had five.

St. Rita’s O’Connor blew his way through the sectional with a pin in the semis and a 16-4 major decision over Tyree Johnson of Downers Grove South in the finals. Johnson’s solid positioning was somewhat frustrating, O’Connor admitted, but the Mustangs junior unloaded his dynamic offense in the third period for the major.

“I was really just trying to keep up a fast pace and try to tire him out and hopefully eventually break him,” O’Connor said. “I don’t want to keep the match close. I want to start getting it in my opponents’ heads that I’m gonna be coming after them the whole time.”

At 182, Marmion’s Traxler dominated all comers, including a game Jack Jessen 6-4. The returning state champion used his length to snag two takedowns from single-leg attacks, and tacked on a reversal in the second to make up the final score. All of Jessen’s scores came on escapes.

Jessen suffered an apparent knee injury on a flurry with less than 10 seconds left, but came back and finished out the match trying to get to his offense.

Traxler’s teammate Riley DeMoss beat Jessen in last year’s 170-pound 3A state finals, but Traxler wasn’t interested in adjusting his game plan because of that.

“I didn’t want to try and wrestle [Riley’s] match,” he said. “I just knew I had to wrestle the best way I wrestle. I didn’t want to get any background info on him. I wanted to go out there, get my takedowns.

“[Jessen is] really strong. I’m not going to hit every shot I take, but generally I thought as long as I keep attacking it’d go my way.”

No. 3 Patrick Brucki (Sandburg) and No. 12 Ezra Avery also advanced at 182. Avery, who fed into Traxler’s quarterfinal bout, injury defaulted his first match and was put on the opposite side of the consolation bracket as the loser of the Jessen-Brucki bout. He fell 10-3 to Brucki in the third-place match.

Lyons also successfully employed this method at 132 – instead of Zeman possibly wrestling the loser of Duncan/Yates in the blood round, he moved to the opposite side of the consolation bracket.

The automatic placement of sectional qualifiers, rather than a seeded tournament, is something that Sandburg head coach Eric Siebert doesn’t agree with.

“Illinois wrestling is like Texas football right now,” Siebert said. “We need to do everything we can to promote our sport – we have five teams in the top 20 of the country in our state.

“We seed the regional, we seed the state tournament, but we’re going to skip the middle leg here. We’re not going to seed the second step. Either do it or don’t do it. Seed the sectional. The process is already in line. Just use the state points.” 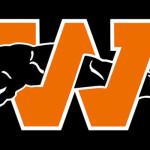