What ever happened to Albert White. As the world crossed over to a new century back in 2000, a new age wrestler was on the scene in Illinois. He was the perfect blend of speed, power, smarts, and will to win. Albert White or “Bert” as he is often called would end the next eight years as either the state or national champion – most of those undefeated seasons too.

White got a late start in wrestling going to the Harvey Twisters the summer of his fifth grade year. That first season he finished third and then wrapped up his kids career with three straight state championships. Head Coach Quintroy Harrell labeled White as one of the best to ever wear the red and white, and considering the program’s legendary status, that speaks volumes about White.

Built like a tank and usually the strongest in his bracket, White was very much ready physically for the next level. At St Rita in the rugged Chicago Catholic League, White fit right in capturing his first of four conference and state titles. And he did it at the 135 weight class that was usually reserved for upperclassmen. Although he barely speaks above a whisper, White’s lead by example style also guided the Mustangs to two team Illinois State Championships.

In addition to his folkstyle prowess, White became very proficient at freestyle (and Greco) winning a Fargo Junior National title as a sophomore earning himself a number one ranking in the country entering his junior season.

He completed his high school career with his last championship giving him the Illinois All Time wins mark of 200-4.

White began his college career as a National Champion for Iowa Central Junior College before transferring to Oklahoma State to wrestle for the Cowboys legendary John Smith. Significant major injuries dogged White’s DI collegiate career, and he was not able to reach his goal of the 2016 Olympic team.

Coaching was the next move for White, and he is now charged with resurrecting the tradition rich Edmond Memorial (OK) program as their head coach. He is now married and has his first child while living in Oklahoma.

Where do you live today? Oklahoma City

Children: New to the parent world. My first-born, Piper, was born in July 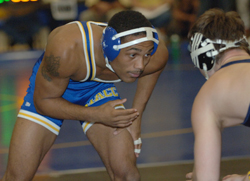 Greatest accomplishment in wrestling: This is a hard one because I didn’t reach my goals. I would have to say being able to wrestle my senior year after two season ending injuries.

Why did you start wrestling? My dad wrestled in high school and wanted me to, as well. So, he went out and found where the Twisters practiced and it was history from there.

Who influenced you the most in wrestling? My Father Thomas White and Quintroy Harrell

Do you still compete in wrestling? Only when I’m rolling with my guys

What other sports are you doing? None

Do your kids wrestle? Not yet.

If you could change one thing in your wrestling career it would be: I would like to have stayed healthy 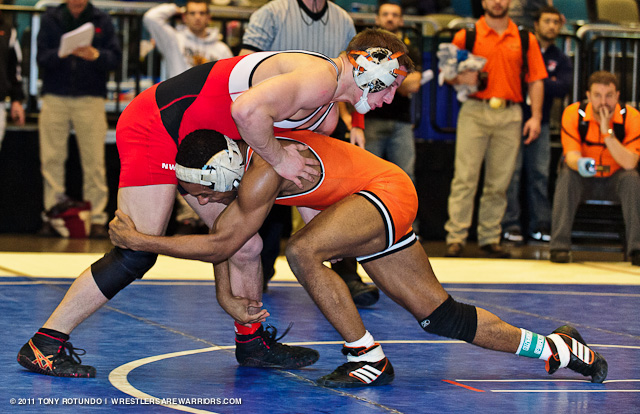 What do you do professionally for a living today?: I teach P.E. and Health and am the Head Wrestling Coach at Edmond Memorial School.

Do you coach or officiate? I coach a high school team

How did wrestling change or better you? I think wrestling teaches a lot of great qualities. I took away from wrestling the ability to fight and never give up.

Who was your biggest rival in H.S.? Most people that watched me would say Lucas Roth. I would say Jeff Keske.

Who was your biggest rival in college? I had a lot of different opponents. It’s hard to tell.