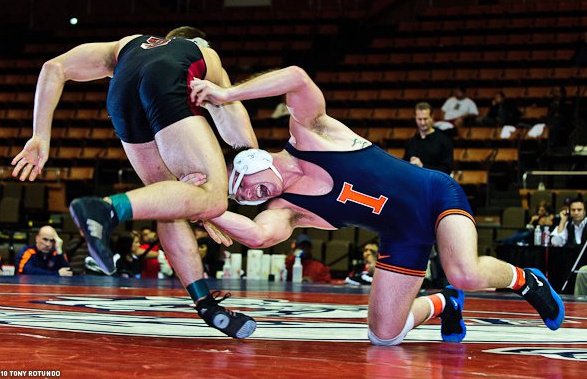 Whatever happened to Jordan Blanton? He burst onto the Illinois wrestling scene first as a member of the loaded Wrestling Factory program and then as the top rated middle weight state champion for Richmond-Burton. He won his first title as an undefeated freshman in the always tough 152 pound weight class. Blanton often used his physical style to control opponents and his presence in a weight class could make the competition look into other options.

A three-time state champion Jordan was in two of the most anticipated match-ups ever in Illinois state history when he met up with Mikey ‘Superman’ Benefiel and Chris Spangler. Blanton with a 111-1 career record was named the 2008 Class AA Illinois Wrestler of the Year his senior year as well as a two-time freestyle Junior National All American.

Blanton remained in Illinois for his collegiate career while garnering three NCAA All American honors and 115 wins, 10th best in school history for the Illini.

Blanton has retired from active wrestling and is now assistant coaching at LEO High School (Chicago) along with coaching his kids club, Wardogs Youth. He is now engaged to be married and working in the family plumbing business.

Where do you live today? Chicago, IL 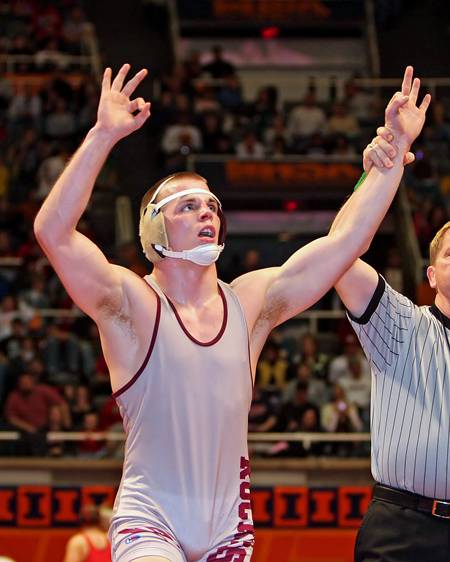 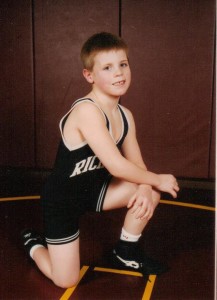 Why did you start wrestling? I knew my dad was a wrestler and in 1st grade when I received the wrestling flyer, I knew I wanted to try it

Who influenced you the most in wrestling? My dad, Israel Martinez, HS coach Bret Wojcik, Coach Heffernan

Do you still compete in wrestling? Coaching now

What other sports are you doing? Recently began training BJJ

If you could change one thing in your wrestling career it would be: I wouldn’t change anything, it was a great experience and something I’ll always be proud of

What do you do professionally for a living today?: I work for my family’s plumbing company, J. Blanton Plumbing, in Chicago

Do you coach or officiate? Coach the Wardogs Youth WC in Chicago @ Leo Catholic HS

How did wrestling change or better you? The discipline, sacrifice, hard work, and humility of wrestling helped shape me and is now the foundation in which I approach life

Name one match that you lost that you should of won? Too many to list

Who was your biggest rival in h.s.? I had 2 big rivalries in HS, the first was Mikey Benefiel which I was on the losing end of, and the second was Chris Spangler which went my way.

Who was your biggest rival in college? Josh Asper from Maryland is one that comes to mind. We split matches during our senior years and I won a 1 pt match in the Round of 12 at NCAAs when we were both wrestling for our 3rd AA honor 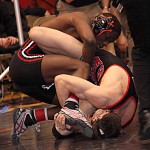 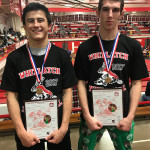