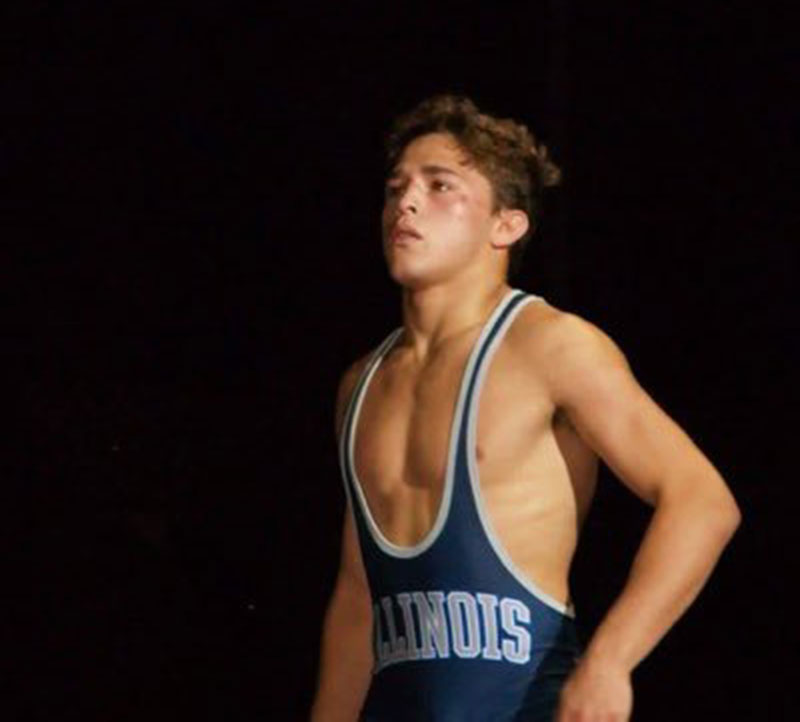 Not even a year later.

At last year’s IHSA Class 2A State Tournament, the Burlington Central wrestler lost in the semifinals by a heartbreaking 6-4 sudden victory.

Being so painfully close to the state title match but not getting there still hurts.

“Last year, I lost in the semifinals in overtime, so this year I want to turn up the heat,” Macias said. “It was really motivating and I trained a lot harder in the summer because I don’t want that to happen again.”

Now a 126-pound junior, Macias is determined to make sure it doesn’t.

After a full offseason and high school season worth of work, Macias is headed to his third state tournament next weekend where he will look to win his first state title after he placed third last year.

“Winning a state title would mean a lot to me,” Macias said. “I had a lot go on this summer – a lot of stuff happened and it was pretty bad – so it’d mean a lot to me. It’s been a long year.”

Heading into state, Macias enters with a 32-2 record and is ranked No. 1 at 2A 126 pounds in the current Illinois Matmen GO EARN IT Wrestling Apparel Rankings, but he finished second in a loaded 126-pound weight class at the Sterling Sectional, which featured the top 4-ranked kids and eight of the top 10.

“(Losing in the finals) is what it is and I’ll just use it as motivation for next week,” Macias said. “It’s not too big of a deal for me because what really matters is what happens next weekend. That’s what people really remember.”

Macias, who suffered just one loss during the regular season, was certified to wrestle at 120 pounds during the postseason but instead bumped up to 126, which was always his intention.

No matter at what weight he wrestled, Macias’s state-title goal remained the same and he ramped up his offseason to help achieve that goal.

“I trained a lot harder in the summer than I had before,” Macias said. “I was just a lot smarter with how I practiced and just worked a lot harder and pushed myself a lot more.”

That included qualifying for Fargo, where he was a Greco All-American, advanced to the title match and finished as the runner-up.

The year before, Macias placed fifth in cadet Greco and seventh in cadet Freestyle.

“Being in the finals at Fargo was a big step for me,” Macias said.

Placing second at the sectional was, too.

Entering as the No. 1-ranked kid at his weight, Macias beat No. 2-ranked Ethan Harsted from Ottawa by a 4-0 decision in the semifinals but fell to No. 4-ranked and defending 2A 120-pound state champion Tyler Delaware from Washington by a 3-2 decision.

In the title match, Macias gave up the lead late and was unable to escape Delaware’s control over the final 30 seconds.

“I was really excited to come to the sectional and face some tough competition,” Macias said. “I had Harsted in the semifinals, so it was nice to be able to win that tough match. I wrestled Delaware tough in the final but just came up short.”

Macias is hoping to improve his place on the medal stand next Saturday and follow a similar path to a state title that Delaware had last season when Delaware placed third at the sectional but won a state title.

“He had that chip on his shoulder last year and ended up winning state,” Macias said. “He wrestled great all tournament. This year, I want to wrestle with the same chip on my shoulder and I want to turn it up.” 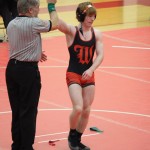