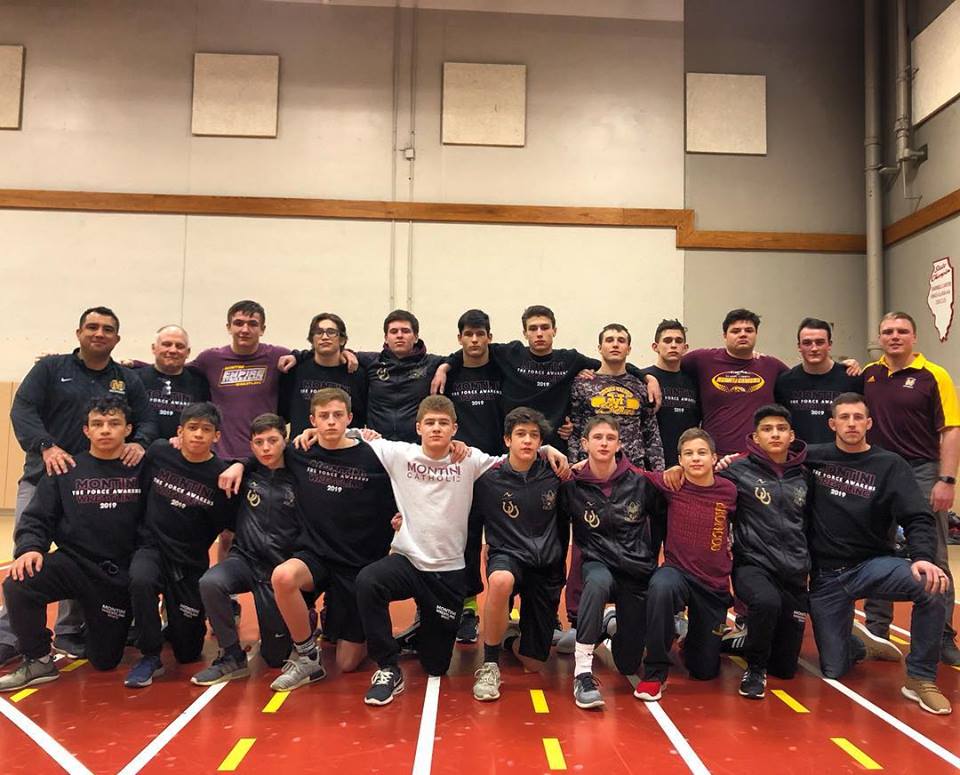 Montini coach Israel Martinez has had a lifetime worth of highlights in eight-plus seasons.

But Martinez has never had a wrestler finish a season unbeaten — not because the Broncos haven’t had some stars, but because their national schedule is so tough.

That may change this season, however.

Senior Jake Stiles, an Oklahoma recruit, is 43-0 at 152 pounds after another dominating performance at Saturday’s Class 3A Bolingbrook Sectional.

Stiles, ranked fourth nationally by Intermat, had a pin and two technical falls to stay on his season-long roll.

It’s not something he concerns himself with, though.

“I don’t focus on that,” Stiles said. “My teammates tell me, ‘You’re undefeated, Jake, blah, blah, blah.’ I can’t let it get to me and I don’t worry about that.”

Stiles’ path to his current status might explain why he’s on the verge of making Montini wrestling history.

“You hate to admit it, but failure’s made him tougher,” Martinez said, noting that Stiles didn’t make the varsity team as a freshman and didn’t qualify for state as a sophomore.

Stiles clearly is among the elite now, though he’s anything but satisfied.

“I had some matches that I didn’t wrestle the greatest and I’ve had some tough kids along the way, some close ones. You’re not going to blow out everyone. … I feel like I can always do better.”

Stiles and the Broncos did pretty well on Saturday, though. They advanced 10 wrestlers, including five champions, to the state finals, which start Thursday at State Farm Center in Champaign.

Mount Carmel had eight qualifiers, including one champ, while Marmion advanced seven, including five champions. Marist (five), Naperville Central (four) and St. Rita (three) were the other teams with more than two qualifiers.

Not everyone had as easy a road to a title as Stiles. Marmion teammates Michael Jaffe (120) and Brad Gross (160) both needed overtime to prevail in the championship round. Jaffe also had an OT win in the semis.

“They were absolute grinders,” Jaffe said after beating Mount Carmel’s Rahan Uribe 11-9 in the semis and edging Montini’s Nain Vasquez 9-8 on an ultimate tiebreaker in the final.

Jaffe (38-3) was expecting nothing less.

“Every year this sectional is the toughest in the state,” he said. “It’s practically a mini state tournament.”

Jaffe was impressed with Vasquez, whom he hadn’t wrestled before: “He was really strong, especially for being a sophomore.”

“Going into overtime, it’s all mental, not physical at that point,” Gross said. “My body’s ready for it. It’s just move, move, move forward, attack, attack.”

Another Marmion wrestler involved in a close final was Trevor Chumbley (37-2), who beat Montini’s Fidel Mayora 1-0 at 145.

It was the pair’s third meeting this season — all won by Chumbley by a total of five points — and eighth in two seasons.

“It’s pretty crazy,” Chumbley said of the “Groundhog Day” regularity with which he faces Mayora. In fact, they could meet two more times, at individual and team state.

“I know him as well as my practice partner,” Chumbley said. “And he probably knows me the same.” 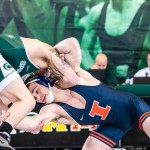