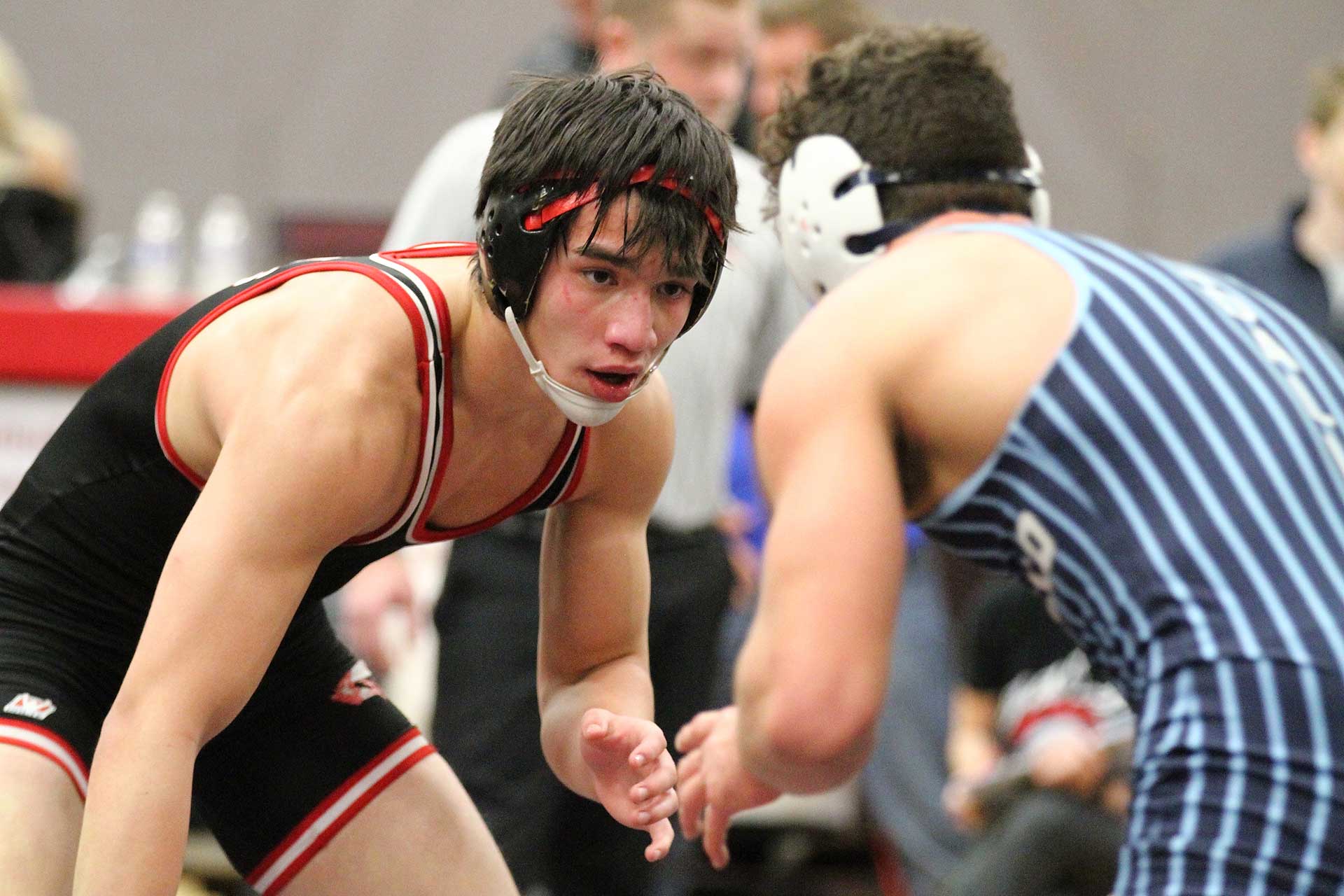 During the second biggest meet of last season, the Barrington wrestler sat inside an ER at an area hospital instead of competing in the Class 3A Barrington Sectional after he tried to cut too much weight too fast and not in the proper way.

“It was a little too much for me,” Rasmussen said. “I was still growing and, while at the start of the season it was manageable, it ended up being too much at the end.”

After he won a 3A Dundee-Crown Regional title at 138 pounds, Rasmussen ended up missing weight at the sectional and became dehydrated, which prompted the visit to the hospital.

“I think he would’ve made it down to state,” Barrington coach David Udchik said. “He walked through the regional, but after he didn’t make weight he was crushed and I was crushed for him.”

However, instead of letting it keep him down, Rasmussen used it to make himself better.

After an offseason filled with camps, tournaments, workouts and a constant drive to improve, Rasmussen has already showed that he’s a new wrestler this year.

In the first weekend of the season, Rasmussen – now a 160-pound junior – won the Moore-Prettyman Invitational Saturday in his home gym as he defeated Marmion’s Brad Gross – the top seed and a returning state finalist – in the semifinals and then defeated Plainfield South’s Jake Kendall in the championship.

It was a great start to his season and, for all he accomplished last week, Rasmussen was voted as this week’s GO EARN IT Wrestler of the Week.

“It felt great winning in my own gym,” Rasmussen said. “It’s what I expected. My training over the summer made me feel really confident that I can wrestle six or seven minutes with anyone in the state or country.”

The title was a satisfying start to his junior year following a disappointing sophomore season, which saw him miss 20 matches with an elbow injury, struggle to break a deep Barrington lineup and win just 14 matches.

“Last year was a bust of a season for him,” Udchik said. “We were really senior-heavy and were a buzzsaw from 145 to 182. After his struggles last season, he felt that he let the team down and felt a lot of guilt, but I stressed to him to forget about it and just worry about moving forward. He learned from that, grew from that and really made wrestling a 365 thing. He had a tough end of the season last year, but I’m glad he broke out of that.”

The youngest of three brothers, Rasmussen also has something to prove as he’s aiming to qualify for state this season and become the first of his brothers to win a match at state.

“I initially started wrestling because my brothers pushed me into it, but I developed a love of the sport on my own,” Rasmussen said. “The first year I wrestled didn’t turn out to well. I probably lost my first 10-15 matches and lost to a girl, but I stuck with it and kept getting better.”

Continuing to get better and try new things is just who Rasmussen is.

In addition to wrestling, he is one of a few Barrington wrestlers who officiate youth wrestling matches and he also asked Udchik if he’d sponsor an A cappella group at school.

Rasmussen was one of three grapplers nominated for this season’s first GO EARN IT Wrestler of the Week poll and he won with nearly 600 votes and 47 percent of the vote.

“I didn’t know or think that I would be nominated, but one of my friends told me,” said Rasmussen, who said he only voted for himself once. “I thought it was pretty cool. All the Barrington guys started voting, my mom shared it on Facebook and a lot of people started voting. It was pretty neat to see all the respect.”

Udchik also shared the page and so did people at school in order to allow Rasmussen to win the poll.

“This year, he’s just different,” Udchik said. “When I wrestled him in the preseason, his pace is really high and he kind of outpaced Brad Gross. He’s really in to attacking these days and has really heavy hands. He also knows he doesn’t have to win it in the first period, so he’s been able to grind kids and wrestle a full six minutes.

Rasmussen and Udchik hope the first week of the season is just the start of more good things to come.

“We have five duals Thursday-Saturday, so I hope to keep it going,” Rasmussen said. “Like everyone, my goal is to win a state title come February and our team also has big expectations so we can hopefully make it to team state.” 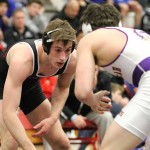