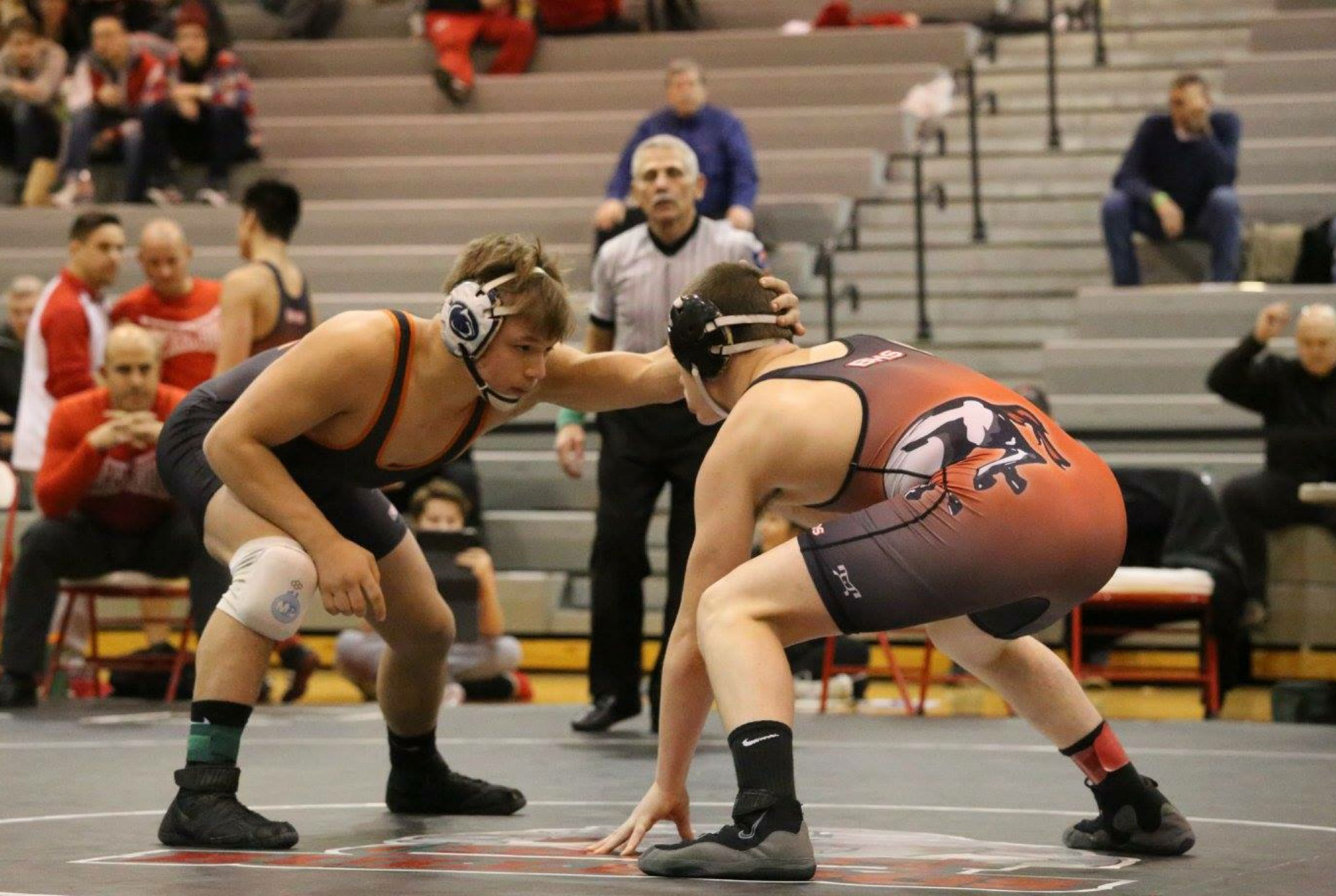 If a picture is worth a thousand words – then what Jake Guardalabene saw in late December from Jaden Glauser must mean volumes.

On that day, the McHenry head coach would watch his star freshmen chase a four-point deficit in the waning moments against 2A star, Patrick Schoenfelder – only to see Glauser throw a lateral (and) the Antioch senior to his back for a five-point swing and a thrilling 10-9 victory over the No. 1 rated Schoenfelder.

“My assistant (Dan Rohman) and I just looked at each other and didn’t say anything (but) it was then, we knew we had a special kid on our team,” recounts Guardalabene, who took over for long-time head coach, Will Gaddy, who retired following the end of the 2016 school year.

Glauser would burst on the scene by pinning his first five opponents of the season, which was followed by four tech-falls, and another two pins, before ‘settling’ for a pair of decisions, on his way to an astounding 38-0 record in advance of Friday’s sectionals at Barrington, which includes 15 pins.

“We knew about Jaden when he was in sixth grade – but we were not too sure on how he would transition into the high school game,” continued Guardalabene.

“All of us were surprised on how ready he really was for this level (there) wasn’t much of a learning curve he needed to go through – but after he pinned Peter Christensen of Montini in the opening weekend, then came back to defeat Schoenfelder later on, we knew we one of those ‘career’ types of wrestler in the room.”

In the first five minutes of conversation with this freshmen phenom, it’s quite clear he’s set apart from others his age.

First-class manners, carefully chosen responses to questions, and an obvious respect for the sport and his opponents made an quick impression on this reporter.

“I give his parents a ton of credit for raising such a quality young man,” said Guardalabene.

“He comes from a family of eight kids, and each and everyone of his brothers and sisters that I’ve met are super nice kids.”

Glauser and his family moved from Lake Geneva, Wisconsin at a young age, but while there, he was introduced to the sport when he joined up with the Stateline Wildcats wrestling club.

While living in Wisconsin, Glauser did the usual sports his peers would: football, baseball, soccer – however it was wrestling he gravitated to early on, and hasn’t looked back since.

“I guess it was my thing,” said Glauser.

Once here in Illinois, the McHenry freshmen slowly would hone his skills at the Wrestling Factory, and it was there – he says – where coach Tony Hernandez would stress the importance of what having a near flawless technical game would mean in the end.

Glauser continues to train at the Wrestling Factory, and now, with Michael Poeta, who he spent plenty of time with over the summer to help round out his overall game.

“I watched hours of (Poeta) from high school and college, and he and I do the same with my matches – and I’ve tried to mimic his moves, shots, walks, feet (everything) that he did when he competed (because) he was someone who was very special, and I want to try to be like him.”

Glauser continued through middle school on an upward arc, collecting two IKWF State titles along the way, before landing in the room at McHenry, where he’s become an instant success.

“It’s tough enough to be a freshmen on the varsity (you) normally have to take your lumps that first year (but) Jaden has been the one giving out the lumps, and at 170 pounds, which is kind of unheard of,” suggests Guardalabene.

“The biggest adjustment for me was to learn how to wrestle at this level – because it wasn’t IKWF anymore, and the guys were bigger and faster, and the matches were longer too,” said Glauser, who on the year, has had just (10) six-minutes contests of his 38 overall.

“When your competing against guys who are three, maybe four years older than you, it’s important to work really hard on your conditioning, be fit, eat right, and have the confidence (knowing) you can compete with anyone,” said Glauser.

This mental toughness to make it through the grind in what could be nearly 45 matches in his rookie season is yet another factor in his success, which, along with his terrific balance, speed, quickness and analytical approach is what sets him apart from others.

Here at Barrington, Glauser comes in as the favorite, but will have his hands full with a deep, talented bunch at 170, including a trio of top ten opponents: Jake Meyer (Barrington), Nikita Nepomnyashchiy (Stevenson) and Loren Strickland (Jacobs).

Should all go according to plan, and Glauser should advance, it’s on to Champaign, and a crack at the top three there: Johnny Mologousis (Lyons), David Riojas (Mt. Carmel) and Josh Torres from Oswego.

“A state medal to me is within reach (for sure) – but all season long, it really has been one match at a time, and that’s my focus for this weekend, and downstate, if and when I get there.”

“The most important thing (always) is to have fun, and this first year in high school and at McHenry has been a lot of fun.”

“When Jaden isn’t on the mat, he’s your typical teenager, joking around with his teammates, and just being one of the guys,” begins Guardalabene.

“But when it’s time to go, he really turns up the heat and intensity. He’s composed, stays within himself, and is in no way overconfident.”

“He’s only at the tip of his potential, and all of us are excited to have him in our room, and for the next four years as well.” 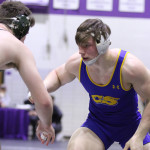