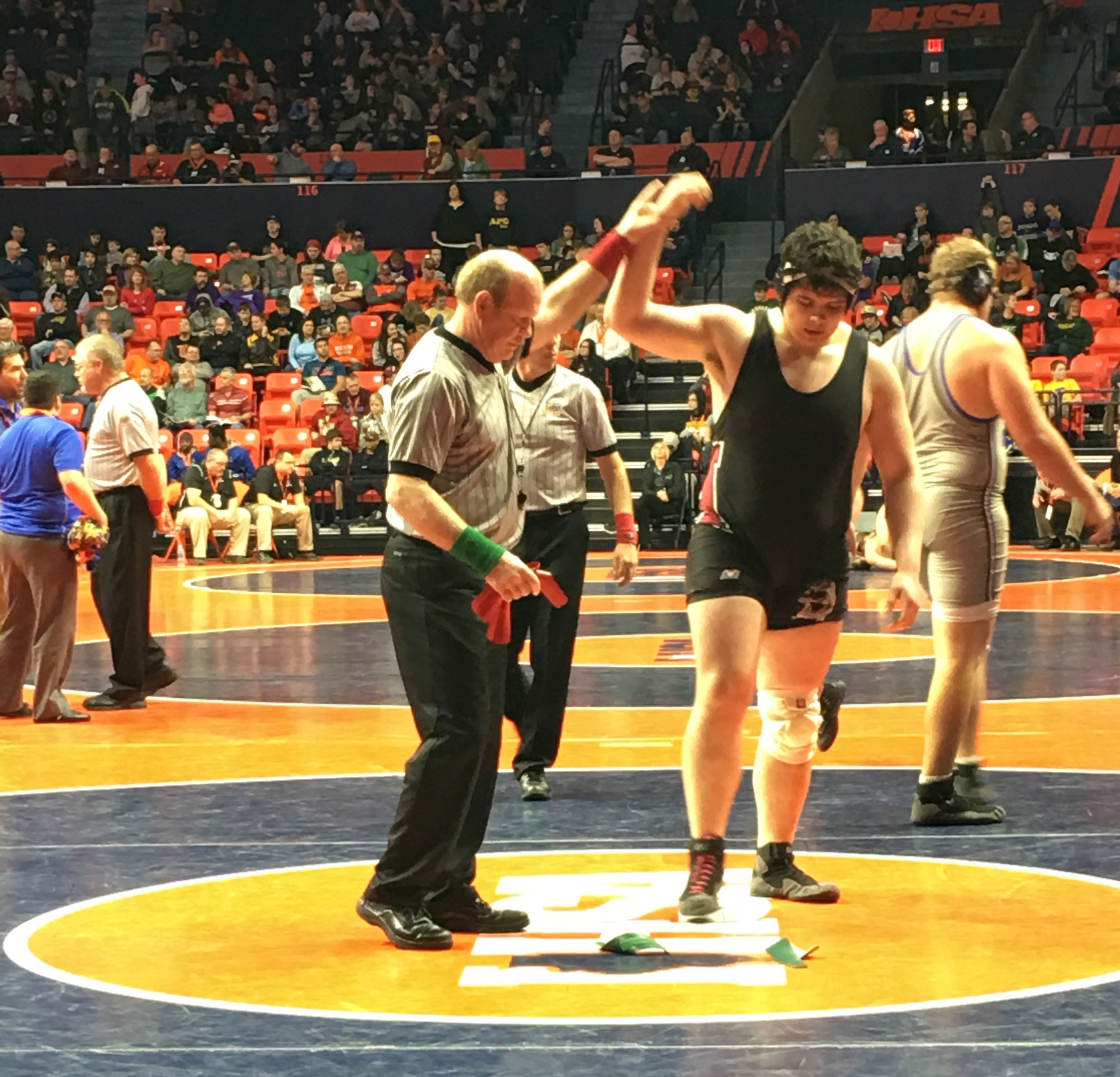 Getting a brief taste of the state tournament last year fueled Audel Ochoa’s appetite to finish on the podium in the heavyweight division.

Following a one-and-done experience his junior year, Ochoa added a few moves and set the pace against the competition. A 7-3 defeat to Hinsdale Central’s Niko Ivanisevic in the final of the Downers Grove sectional put him in a good position for Champaign, Il. After an opening bout win, he squared off against Rockton Hononegah’s Anthony Cassioppi. The Northwestern recruit secured a body lock and pinned Ochoa, at the end of the first period. Cassioppi pinned three opponents in the first period and stuck Ivanisevic in the second during the title bout.

“I remember wrestling Cassioppi as a sophomore [during the summer]; he was a lot smaller then,” said Ochoa, a 6-3, 260 pounder who was the team’s starting nose for football and now their first placer since 2009. “I tried to step around him, but he got me in a body lock; he’s an animal on top.

“I knew I had to switch gears mentally or get eliminated. I was looking to get a takedown or reversal and just keep pushing forward in the third period. We have a great tradition at Argo especially at heavyweight and I wanted to make sure I was part of that.”

Coming into Argo without a wrestling background, Ochoa, put in extra time to advance his technical curve. Pushing your athlete to take the difficult steps up the ladder and reach the top six is always rewarding. First year head coach Matt McMurray, who took over after nine years as an assistant and former head coach, Tom McEntee, who has been with the Argo program for 20 years, enjoyed a special moment with their first placer since 2009.

“Audel battled a lot of adversity this year,” said McMurray. “He had a chip on his shoulder this year; he was physically and mentally stronger and had a great mindset. I think the loss in the sectional was the best thing to happen to him. Audel needed to know what it felt like. He did a great job of bouncing back in the wrestleback. He had one goal which was to be All State and he achieved it.

“I am very happy he’s going to North Central for college. I think it’s a great situation for him and his family.”

Carrying a 3.4 gpa, 26 ACT and a load of honors and AP courses, Ochoa has many fans in the classroom.

“Some of the kids helped me get the match on the computer screen [Friday] at the beginning of the seventh period,” said Palmer. “Saturday, I saw two matches at home and the third on my phone. I know nothing about wrestling, but I was on the edge of my seat.

“Audel is a standup guy. He’s bright, insightful and mature. I know he’ll do well in college; he has a great mind for business. He’s a great representative for Argo High School.” 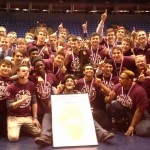