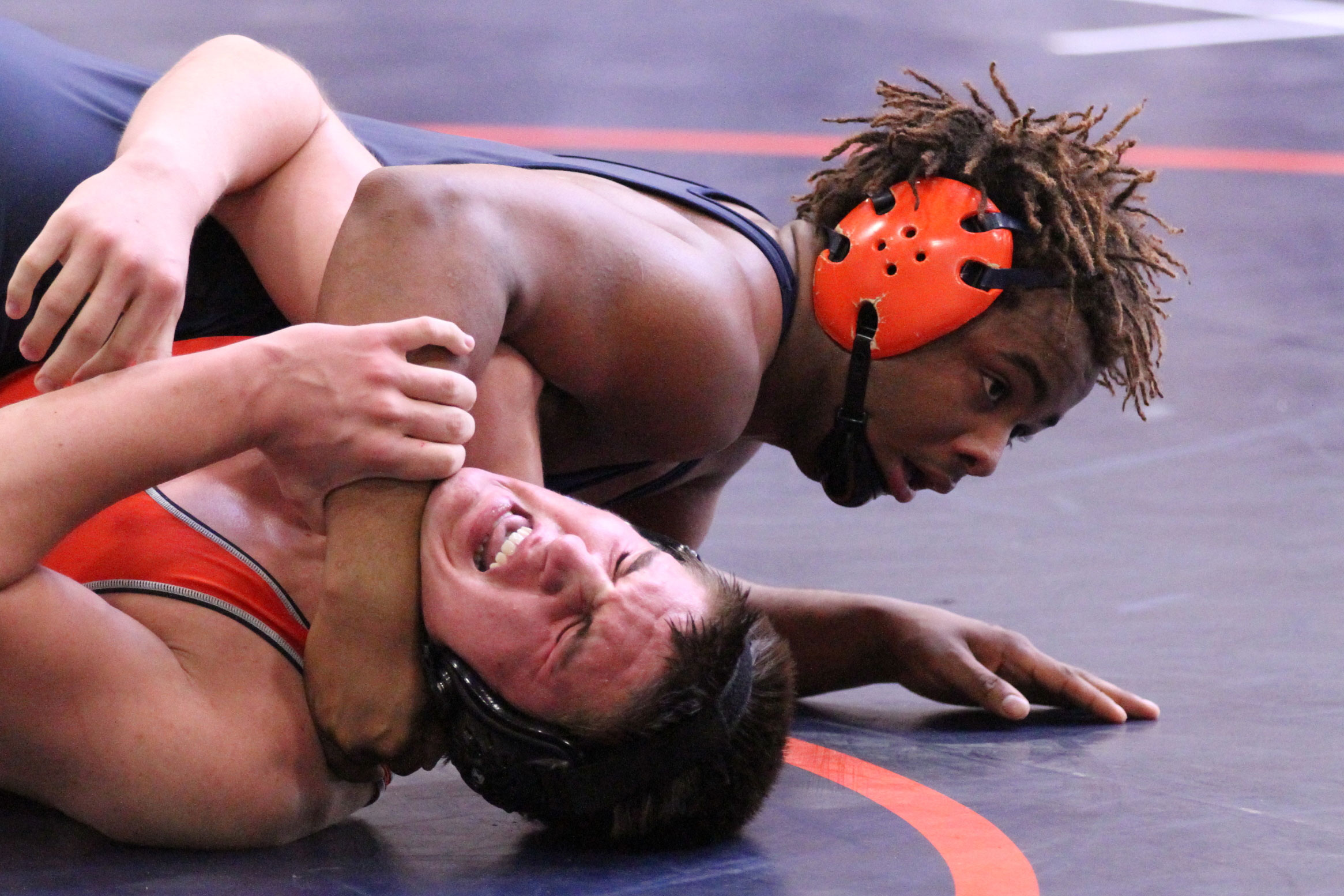 Oak Park and River Forest’s Tony Madrigal, Jay Renteria, and Jaime Hernandez can really get after each other in the practice room.

And sometimes it gets out of hand.

The Huskies’ practice room benefits from a big appetite for competition among the program’s top wrestlers.

“That dynamic, where they’re getting after each other – the passion in the room is elevated through their efforts,” Collins said. “And they’re able to wrestle with other guys when we do have to separate them, so they’re able to help build up the other guys around them.”

The dog days of January in wrestling are about to give way to the excitement of the postseason in Illinois. For OPRF, that means striving to get multiple wrestlers on the individual awards stand in Champaign, and the hunt for a fourth consecutive Class 3A team state title.

You could blindly toss a rock into the OPRF practice room and odds are you’d hit a ranked wrestler. Per Illinois Matmen’s Go Earn It Wrestling Apparel rankings, the Huskies have nine wrestlers ranked in the top ten of their respective weight classes in 3A.

But don’t talk to the Huskies about rankings and what might happen in February. They’re too focused on now to be concerned about later.

“We just try to find a new limit every time we step into the practice room,” Renteria said. “Everything else will take care of itself.”

Hard work. Commitment. Focus. Discipline. Maturity. Talk to coaches and wrestlers enough and you learn that these are some of the common themes of the sport. OPRF’s program strives for one theme above all others.

“We put emphasis on the older guys leading, the younger guys following, and all of us coming together as a family,” Collins said. “That’s what we’re always preaching, especially at this time of year.”

“We’ve got starters back and everyone is wrestling hard,” Middlebrooks said. “The young guys are all working hard so they can be a part of something special this year, even if they’re just helping the older guys get better so the team can win a state championship.”

“We just want to make sure we’re ready for (the state tournament),” Hernandez said. “I don’t see why we shouldn’t win. If we come and wrestle I think we’ll be state champs.”

Should the Huskies repeat, Renteria would leave high school having wrestled on a state title team all four years of his high school career. He’s most concerned about his team, but he’s also pulling for the other wrestlers in the Huskies’ family to find individual glory in Champaign.

The Huskies finished the regular season with a dual meet record of 19-3, with all three losses coming in December, to out-of-state teams at one of the toughest dual-meet tournaments in the country, The Clash in Minnesota.

“We have the hardest first-half schedule and we get banged up a lot, but it helps us for the end of the season,” Madrigal said. “It makes us better facing all that competition, and then coming back to Illinois it makes us a lot stronger.

“Right now is the part of the season where our team gets its competitiveness up and we start to really believe we’re better than any other team.”

OPRF started the season ranked No. 1 but currently sits second behind top-ranked Lockport (25-0) in Illinois’ team rankings. Renteria admits that the fall to No. 2 has added fuel to the fire in the OPRF practice room, and Middlebrooks adds perspective to the rankings.

“At the end of the day, it’s just about winning matches at team state,” Middlebrooks said. “We’re all going to find out then who the real champ is.”

“The rankings are one of those things that everybody looks at. We don’t talk about it much and I’m sure Lockport doesn’t either,” Collins said. “We have a lot of respect for the Lockport guys and their program and what they’re doing.

“But we know that what matters is who ends up first at the end of the year. And you can talk about Lockport and Oak Park all you want, but nobody better overlook Marmion, Montini, Mt. Carmel – there are a lot of good teams out there.

“It’s definitely shaping up to be a great post-season.” 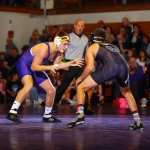 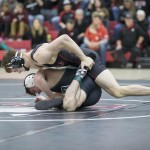