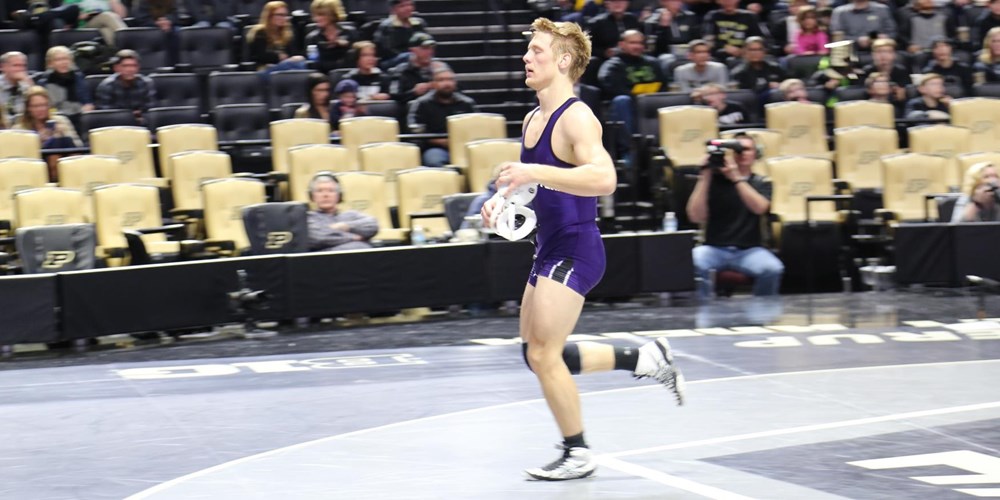 For Northwestern, the victory exemplifies a marked improvement in the 2017-18 season. NU’s four conference wins equals the number from the previous three campaigns combined. Its three team ranked wins are the most since logging four in the 2010-11 season.

Saddled with a 6-0 deficit entering his bout, Zack Chakonis (197) decided to take matters into his own hands. After a scoreless first period, Chakonis needed only nine seconds to pin Max Lyon of Purdue to even up the team scores at six points apiece.

Looking for even more clutch wrestling, Conan Jennings (285) offered his assistance against No. 15 Shawn Streck. He only led, 4-3, after the second period, but dominated the final period to win via 7-3 decision.

No. 10 Sebastian Rivera (125) was not fazed at all facing NU’s second-straight ranked opponent, No. 17 Luke Welch. After a relatively slow first period, Rivera turned the jets on, notching an escape, take down, and four-point near fall to take a 9-0 lead on Welch. He added another takedown and a riding time point to top Welch via 12-1 major decision.

No. 5 Ryan Deakin (149) dominated his bout against Austin Nash from start-to-finish. He picked up his third tech fall of the season, a 19-4 throttling of the Boilermaker. That gave NU an 18-12 lead in the dual.

With only a six-point lead entering the last two bouts, Shayne Oster (157) pinned his opponent Griffin Parriott in 5:43 to guarantee the #B1GCats a dual victory. It was Oster’s fourth pin of the season, tying him for second-most on the squad.

Chicago’s Big Ten Team wraps up its Big Ten dual slate on Sunday, February 11, at Indiana. The match is set for a 12 p.m. start. 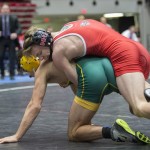