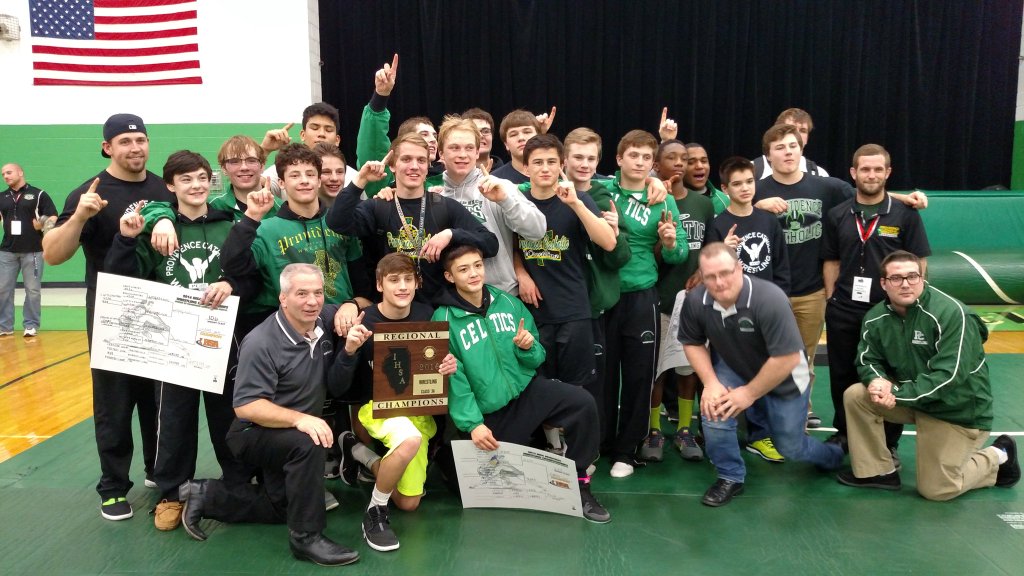 Providence Catholic coach Keith Healy had a wrestling program to be reckoned with, and then he didn’t, and now he may be on the cusp of steering that program back to prominence.

“It’s nice that the noise is coming back,” Healy said.

You’d be hard-pressed to find a more dominant run than the eight-year stretch Providence had beginning in 1997, when the Celtics under Healy began a run of six consecutive years winning a dual team state title.

Programs like Carl Sandburg, Glenbard North, and Oak Park and River Forest have all been dominant programs in the state’s biggest class, and singlets in Sandburg blue, Glenbard North black, and OPRF navy have inarguably been colors of superiority in Illinois high school wrestling.

But there was a time when it was all about Providence green.

The Celtics were dual team state runners-up in 2003 and 2004 and returned in 2008 to place second, giving them nine team dual state final appearances in 11 years.

In recent years, the program has struggled to meet its former standard. Team state final appearances disappeared and the number of Celtics climbing the podium at the individual state finals waned.

In 2013, the Celtics finished with a sub-.500 season record in dual meets for the first time in decades. Three years later, however, the tide may turning for Providence.

In his 24th year as the Celtics’ head coach, Healy leads his team to a Class 3A team sectional meet on Tuesday against Edwardsville and a chance to return to the 3A team finals for the first time in eight years.

There’s an old coaching adage that says you can’t win if you don’t have the horses, and the horses may be coming back to the farm in New Lenox.

“These kids are coming in and they’re coming in with skill. Getting (the program) back to where it was is a tough chore but these kids are coming out and responding,” Healy said. “We started out this season a little slow but as it progressed we could see the momentum building. The grade school programs do such a great job and the Celtics Elite program is getting kids to buy into our program and our system.”

The Celtics qualified six wrestlers to last weekend’s individual state finals and had two medal-winners, both freshmen. Jake Lindsey placed fifth at 106 and Cole Smith did the same at 152 pounds. Freshmen Josh Ramos (120) and Juan Bazaldua (132), and sophomores Ben Emery (126), and Dominick Ambrose (138) were also state qualifiers this year.

“I’m definitely happy to help out in the rebuilding process,” Lindsey said. “I want to look back someday and be able to say I was a captain on those championship teams, and think about how we all got there.

“I’m glad we’re in 3A. I’ve had a really tough schedule this year, I’ve wrestled top five kids over and over, and I’m glad that I get to prove to myself that I can hang with the top kids in Illinois, who are some of the best in the country.”

The individual state finals could have been very different for Lindsey and his teammates. Providence had a choice heading into the current season, on whether to continue wrestling Class 3A competition or petition the IHSA – as it could have – and wrestled in Class 2A this year.

Healy wanted his program to stay right where it was.

“My philosophy has been that to be the best you have to beat the best,” Healy said. “(3A) is the division everyone always talks about and it’s better for the kids. It’s not about me. It’s about trying to get them better to get them to the next level. 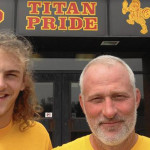