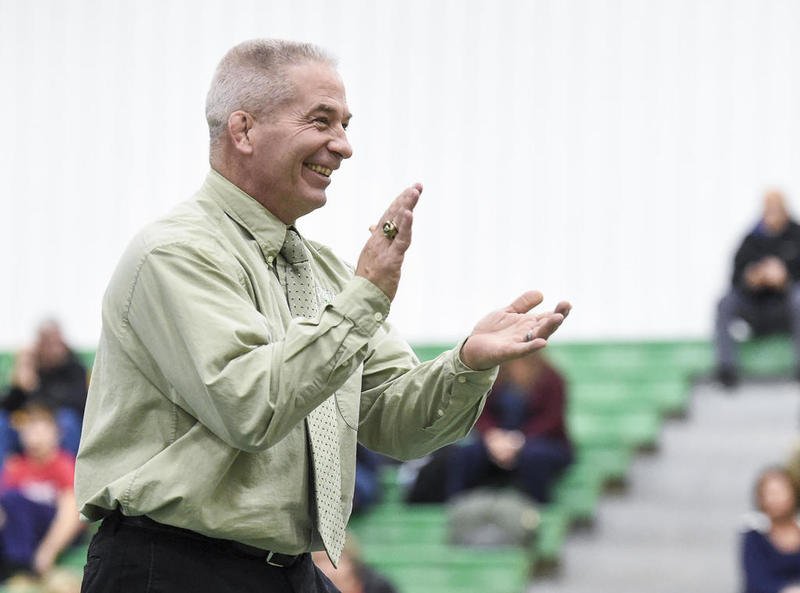 Providence’s stars did their jobs on Saturday, and they weren’t the only ones.

But Providence’s lesser known performers also delivered. The Celtics had wrestlers in 13 of the 14 classes and every one of them won at least one match.

That made the difference in one of the state’s most competitive regionals and helped to extend retiring coach Keith Healy’s final season.

Providence qualified nine individuals for next weekend’s Alton Individual Sectional and advanced to a team sectional at a site to be determined. The Celtics rolled up 197 points to outdistance Lincoln-Way East (171) and Lincoln-Way West (170.5) in the nine-team field.

“This would be an awesome last ride (for Healy),” said Lindsey (9-1), the defending 3A champ at 106 pounds who won at 113 on Saturday. “I just want to send him out with a bang. He deserves it after all he’s done for so many people.”

Lindsey’s just glad to be able to help Healy finish strong. The junior missed most of the season with a torn labrum and torn rotator cuff in his right shoulder, and the layoff was getting on his nerves.

“It’s been crazy,” Lindsey said. “I was getting bored there for a while. I was just trying to keep positive. I figured if I can’t wrestle, this will get someone who can wrestle, better.”

Anderson, ranked No. 2 in 3A, was tied with fifth-ranked Jimmie Olds of Lincoln-Way West before scoring a reversal at the buzzer for a 9-7 win.

An assist for that win goes to Smith, Anderson’s occasional practice partner.

“I’ll just squirrel around with him so I can get (used to) a couple of little-guy situations like that scramble situation,” Anderson said. “I’m not used to those little scrambles other than with Cole.”

“That was awesome,” Lindsey said. “My heart was racing.”

“That’s what makes the difference,” Healy said. “We kept preaching that we have to keep rocking and rolling like that. You’ve just got to stay focused one match at a time. He did an awesome job of that.”

“It was just for the team,” Heimlich said. “I knew we needed those points.”

The dramatic 220 final was followed by another thriller at 285, where Homewood-Flossmoor’s Jeff Griffin (35-1) got an overtime takedown for a 7-5 win over Lincoln-Way East’s Devin O’Rourke (23-2).

“Every time we wrestle, it’s always a close match,” said Griffin, who lost 6-5 to O’Rourke two weeks earlier. “I just came in the wrestling room and worked non-stop for two weeks.”

Griffin had to take injury time in the final when the facemask he was wearing bumped his right eye. After taking a knee to the face in practice on Friday, Griffin said, “my eye was real tender. I just had to suck it up.”

That also was the mindset of Marian Catholic’s Holden Heller (11-0), who rallied from a 4-0 deficit to beat Providence’s Dominic Ambrose 9-5 in the 138 final. A shoulder injury that will require surgery after the season for Heller flared up again during the title bout.

“I felt the pain before, I decided I’m going to continue with the season,” Heller said. “I felt it again in the match and I just said, ‘Screw it, whatever. I might be done after this match, I might not be. I’m going to give it my all.’

“I could have defaulted the first time this happened. Once you start something, you’ve got to finish it.”