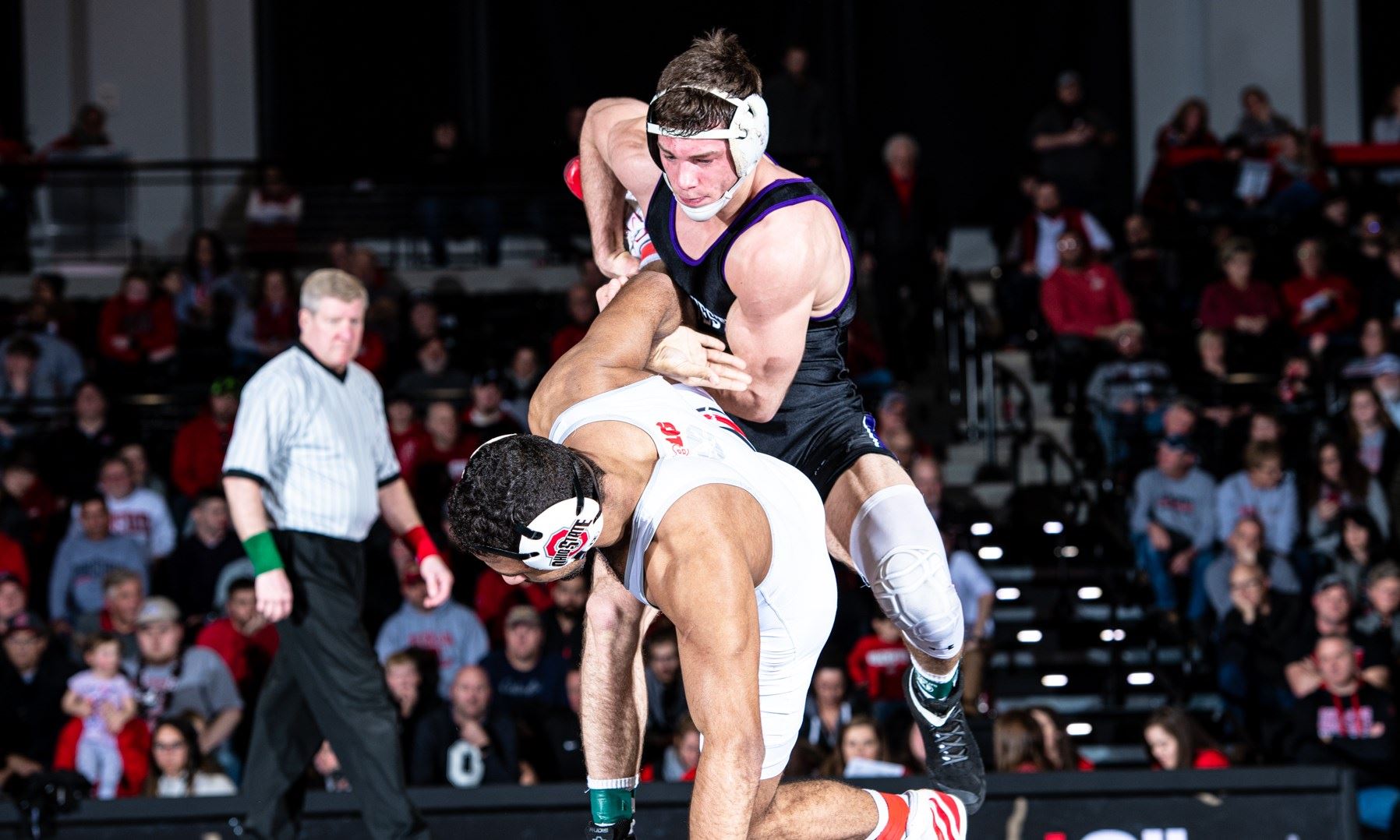 COLUMBUS, Ohio – Northwestern took on No. 6 Ohio State Sunday afternoon in what was its sixth dual match this season against a ranked opponent. The ‘Cats got victories from three of its ranked grapplers—Shayne Oster, Michael DeAugustino, and Ryan Deakin, the latter of which improved to a perfect 15-0 on the season.

The match got underway with an electric bout at 165 pounds. Oster, ranked No. 18, took on No. 13 Ethan Smith of Ohio State. After a back-and-forth first two periods, Smith led, 8-5, going into the third. After recording an escape, Oster still trailed by two with 1:30 remaining, but then found another gear. The senior secured two takedowns in the final minute to stage an impressive comeback win with a 10-9 decision, putting NU on the board first.

In the 197-pound bout, No. 13 Lucas Davison faced the top-ranked wrestler in his weight class, No. 1 Kollin Moore. On the back of nine-straight dual wins, Davison put in a strong performance against the favorite for the national title. After an early takedown from Moore, Davison got an escape and a takedown of his own to briefly take the lead. After a solid second period for the Buckeye, Davison notched another takedown in the third to keep the score close until the end, eventually falling via decision, 14-9.

Following intermission, the match got back underway with No. 11 DeAugustino taking the mat against Dylan Koontz in the 125 bout. The Wildcat struck first with an early takedown, and led 2-1 after a period. After an escape for Koontz knotted the contest in the second, DeAugustino notched an escape of his own in the third and held off the Buckeye until the buzzer to seal the victory.

In the final action of the afternoon, Deakin, undefeated and ranked No. 1 at 157, looked to close things out for the visitors with another win. With a takedown and almost two minutes of riding time in the first period, the redshirt junior was in control from the start. Holding a slight lead over his opponent, Elijah Cleary, Deakin continued his pattern of breaking opponents down in the third period. A flurry of takedowns gave the top-ranked grappler another bonus point win as he racked up his 15th victory of the campaign.

Chicago’s Big Ten Team will be back in action next weekend as they close out the conference season with a pair of duals on the road. The ‘Cats will take on Rutgers this Friday, Feb. 14 at 6 p.m. CT, before heading to Maryland to face the Terrapins in the conference finale on Sunday, Feb. 16 at noon. 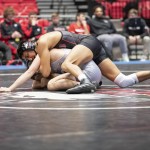