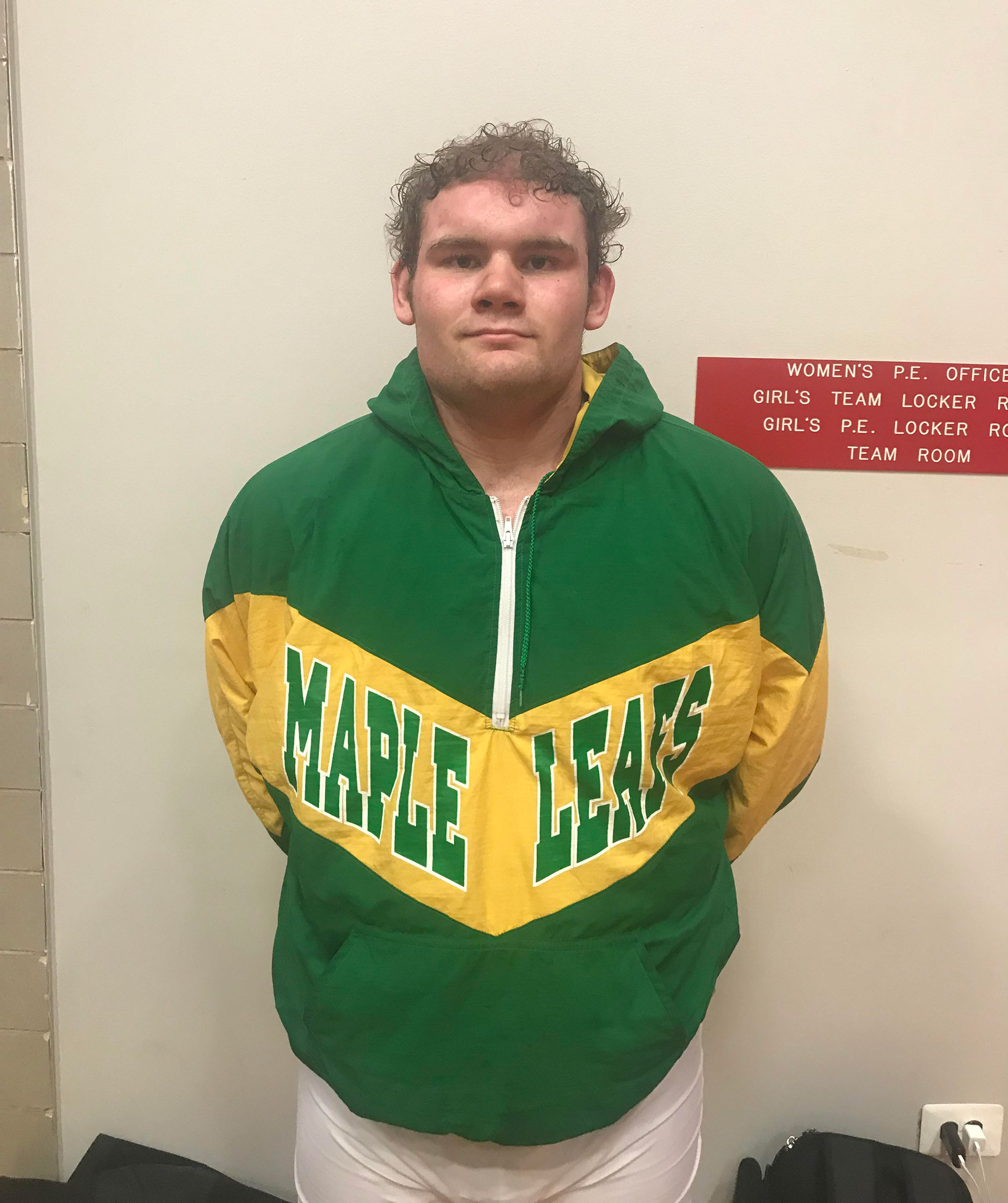 Billy Blaser doesn’t put in the work just to go out and get his hand raised for taking a forfeit.

The Geneseo senior prefers to work for his wins and he certainly did that during the Rex Whitlatch Invitational Friday and Saturday at Hinsdale Central.

Blaser went 4-0 to win the 285-pound title, going at least six minutes in every match.

His last two bouts went to overtime: a 5-1 victory over previously unbeaten Ashford Hollis of Oak Park-River Forest in the semifinals and an epic 3-2 ultimate tiebreaker win against Rockford East’s Aydin Guttridge in the final.

“At the start of the season, it felt weird — I was getting a lot of forfeits and I’m not used to that,” Blaser said.

He also wasn’t used to losing to Guttridge before falling to his rival in triple overtime earlier this season. Last season, Blaser beat Guttridge three times.

This meeting came down to Blaser (13-2) wriggling free in the closing seconds of the final overtime period.

Sandburg’s Pat Nolan also had to work overtime to finish first at 138, though not as long as Blaser.

Nolan (16-1) got a takedown with six seconds left in regulation to force overtime and then pinned Providence’s Josh Ramos 14 seconds into the extra period.

Nolan had hoped for a chance to avenge his only loss of the season, last week to Lemont’s Kyle Schickel. But Ramos beat Schickel 12-1 in the semis to prevent a rematch.

“It’s nice to not lose like last week,” Nolan said. “I trained hard because I wanted to wrestle Schickel.”

Instead he got Ramos for the first time in their careers.

“I know him because I hang out with all the Providence kids,” Nolan said. “I see him all the time. It was weird that I was wrestling him — he’s normally at 145. We’re pretty good friends.”

Reicin hopes that’s a good omen for the rest of his senior season.

“I want to win state this year,” he said. “I’ve busted my butt for as long as I can remember and I don’t have barely anything to show for it.

“My freshman and sophomore year, our lineup was loaded so I wound up going up a weight — two weights sometimes. My partners have been Andrew Mehrholz — a multiple state placer, Holden Heller, Kenny Kerstein. So I wrestled with the best every day.”

“I want to go undefeated and win state,” Major said. “I know some people think that’s crazy. But honestly, if you don’t shoot big — if you shoot below that, you’re just setting yourself up for failure.”

“I think by then people will have a better idea of how good we are,” Huskies coach Paul Collins said. “We’ve still got some guys coming off injuries. Everyone weight-wise is where they need to be. We just have to get healthy.”