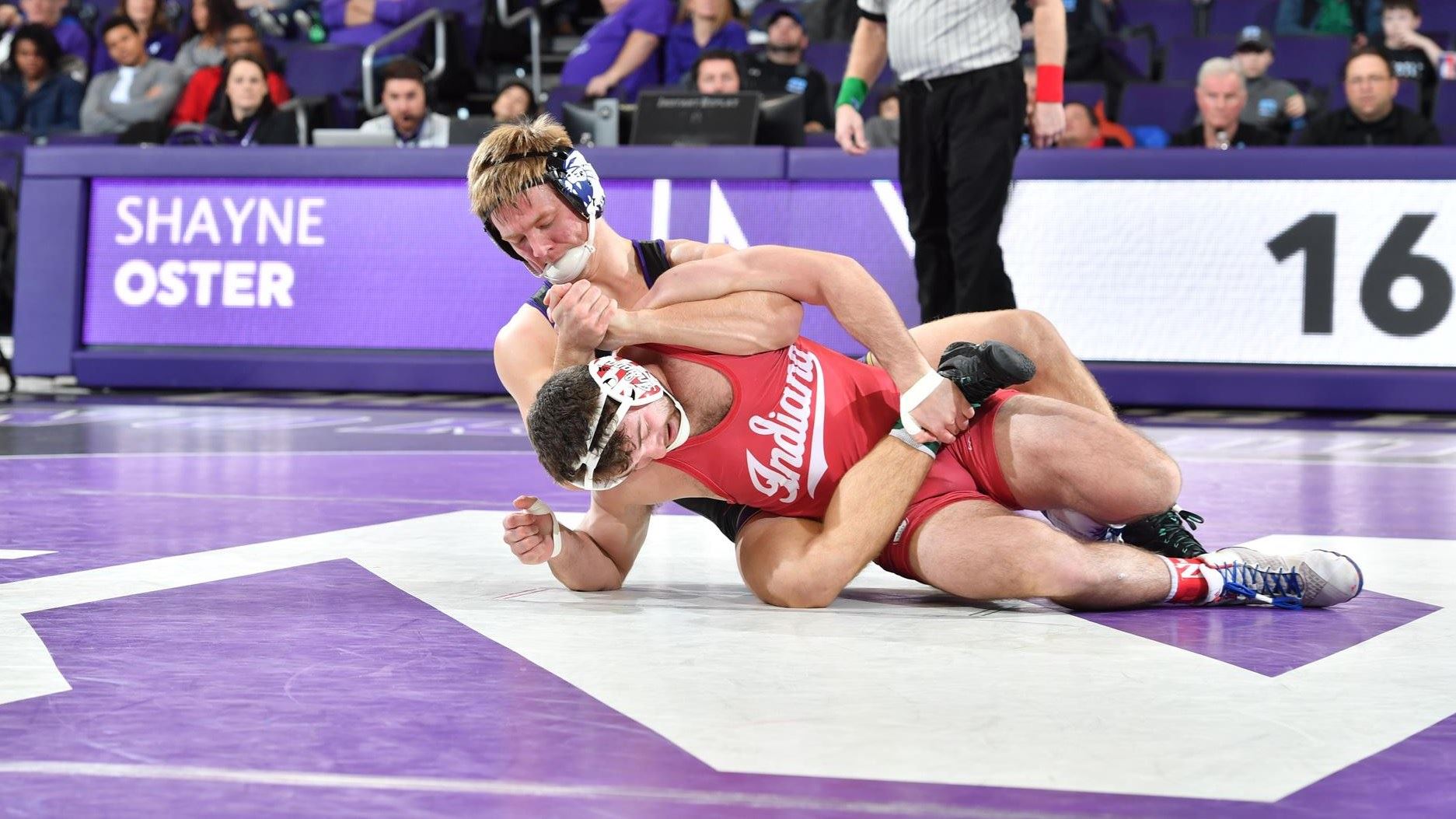 EVANSTON, IL – Northwestern secured its first Big Ten victory of the season with a 21-15 win over Indiana in front of an alumni day crowd at Welsh-Ryan Arena.

The Wildcats won six of the 10 bouts on the night, headlined by a tech fall from Shayne Oster and a major decision victory by No. 1 Ryan Deakin.

The ‘Cats jumped out to an early lead after No. 8 Michael DeAugustino secured an 8-6 decision over Liam Cronin, marking the second-straight conference win for DeAugustino. The redshirt first-year from Palm Coast, Florida improves to 13-4 on the season, the most wins by an NU wrestler this season. Two bouts later, Alec McKenna improved to 2-1 in conference action after securing a 3-1 decision over Eddie Bolivar.

After a tight first two periods of action vs. IU’s Fernando Silva, No. 1 Ryan Deakin opened up his lead in the third period, scoring nine points to earn a 13-3 major decision and improve to 11-0 on the season. Deakin has now won five of his six dual bouts this season by a major decision or better.

Coming out of intermission, No. 19 Shayne Oster put on a dominant performance, earning a 19-3 tech fall over Davey Tunon to extend the Wildcats’ lead to 15-6. Two bouts later, Jack Jessen earned a convincing 6-1 decision over Jacob Hinz.

With the ‘Cats holding an 18-12 advantage on the dual, No. 11 Lucas Davison continued his recent hot streak with a 7-2 decision over Nick Willham to secure the dual victory for NU. Davison has now won three-straight bouts to remain a perfect 6-0 in duals this season.

With the win, Northwestern improves to 3-3 in dual action this season. The Wildcats will be back in action at Welsh-Ryan Arena on Friday, January 24 when they host Michigan at 7 p.m. CT. 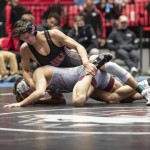