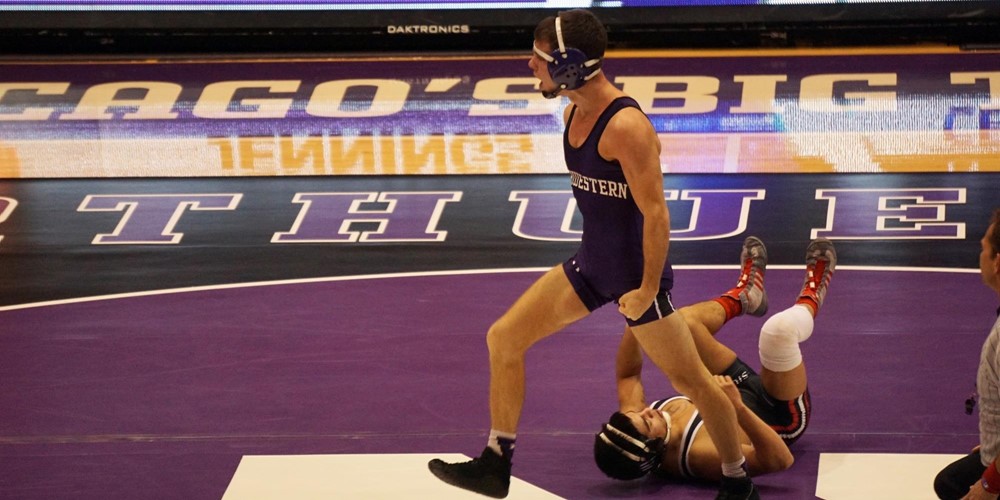 The Wildcats won seven matches to improve their record to 5-1 heading into Big Ten competition.

Redshirt-freshman Anthony Rubinetti got the fireworks started with a pin of No. 12 Freddie Rodriguez at 125 lbs. in the second match of the night. Rodriguez led 6-0 with a takedown and a four-point nearfall before Rubinetti got a reversal and then stuck Rodriguez for a huge upset win.

The next three wrestlers for Northwestern all won two-point decisions as the ‘Cats built a 15-3 lead before the intermission. Redshirt-freshmen Jason Ipsarides and Alec McKenna both got takedowns in the final seconds of regulation to send their respective matches to sudden victory, where they both took their opponents down right away to win.

True freshman Shayne Oster then won an 11-9 decision in regulation to move to 7-3 in his first season.

SIU-Edwardsville won a pair of matches in a row to tighten the gap coming out of intermission, but the next three wrestlers for the ‘Cats put an end to that in emphatic fashion.

Johnny Sebastian won his ninth match of the year with a second period fall of Jake Residori in 3:26. Seven of his wins have come with bonus points, and four of those are by fall.

Mitch Sliga followed suit with a second period fall of his own, one-second faster than Sebastian’s. He pinned Jacob Godinez in 3:25. Jacob Berkowitz finished things off with a win by forfeit to bring the final margin to 33-10.

Northwestern begins Big Ten action next weekend when it travels to Wadsworth, Ohio to take on No. 5 Ohio State at Wadsworth High School on Friday, Dec. 16. 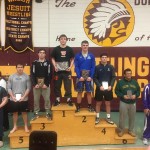