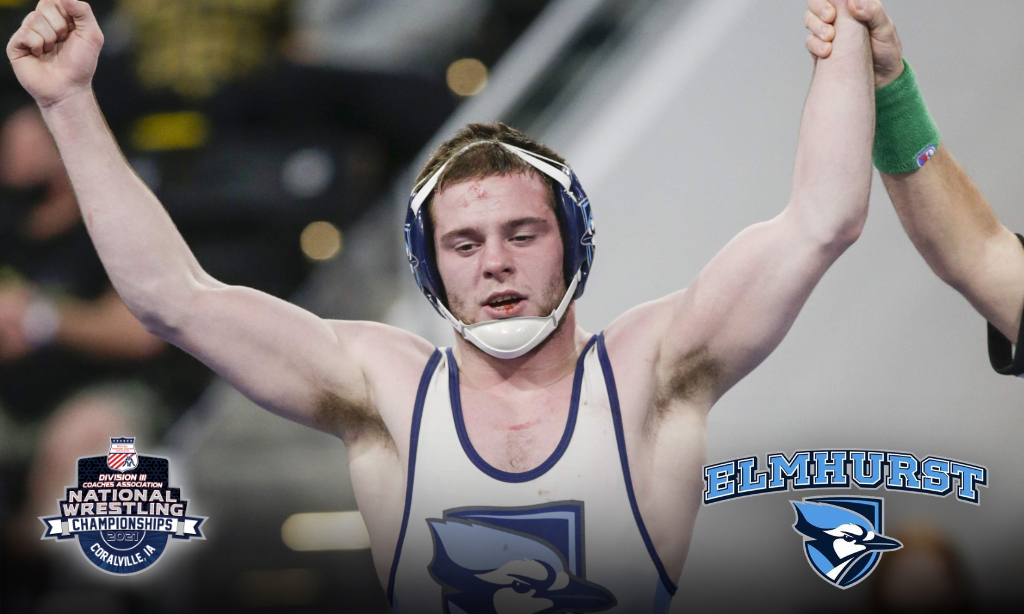 Jimmy McAuliffe captured the NWCA Division III National Title at 141 pounds by defeating Wartburg’s Kristian Rumph 6-3 in the finals of the NWCA Division III Championships. Being crowned National Champion for most reinforces their ideals. To stand atop the podium is the ultimate celebration, the culmination of a year’s worth of hard work, and staying the course finally paying off, but for McAuliffe it meant a little more. “It was a rough patch going into this year, one of my family members passed away, and I went through a break-up, with all the COVID stuff happening, it was just a really bad summer.” Coach Maranetti elaborates, “He had a couple very difficult things happen to him. COVID was certainly an issue, but it wasn’t the important issue. The important issue was that champions devote themselves to their craft, and he at some point he bought in, and really devoted himself both to his weight management and his work ethic.”

Jimmy McAuliffe wasn’t sure if he was going to wrestle in college, stating, “when it all first began freshman year, I wasn’t even that motivated to be on the wrestling team. I thought maybe I would just focus on school. Then I tried out for the team, and I made the team, and it felt like I was getting back in the swing of things.” Jimmy found some success early-on in his collegiate career that let him know he belonged. “I won my first Al Hanke Tournament, and it made me even hungrier to see what I could do at Nationals.” McAuliffe went on to win the Regional that year,  becoming a Division III NCAA All-American placing 7th at Nationals. “I surprised myself there, I did not know that I had the ability to do that. After that coach Marianetti had a long talk with me, and said some things to me that really opened my eyes to show me my potential, and show me that I could really win it, if I wanted to.”
Coach Maranetti recalls that talk, “a lot of guys have a tough time making that transition, no matter how good they are from high school to college. Jimmy was competing at an incredibly high level as a freshman, while having just a giant ceiling to go. Making a lot of mistakes both physical and mental, and still doing unbelievable well. So, that is an exciting thing for a coach and for an athlete. I tried to get him to start enjoying the process of being a college wrestler, and at the same time have fun improving and seeing where these 4 years could take him.”
The following season a motivated McAuliffe arrived on campus ready to dominate, but the season did not go as planned. After experiencing a bad high ankle injury and being sidelined McAullife never felt quite right. “I didn’t place at nationals because my conditioning was poor, and I had too much time off because of the high ankle sprain.” Jimmy felt that maybe he got injured because he was cutting too much weight. “So, I went up to 149 the following year (last season) and it didn’t matter because I injured my ankle again, and was out another 6 weeks.” Jimmy qualified for the National tournament, which was cancelled due to the COVID-19 pandemic. Jimmy was named All-American by the NWCA, but he had other issues. 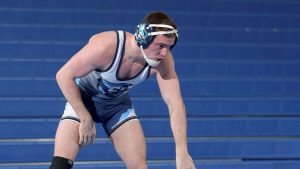 A family member passing, and an emotional break-up, had McAuliffe struggling through the summer, saying “All the stress of it too, gave me an increased amount of anxiety. There were some points where I thought I thought I would break, and it was so maddening, but I was able to persevere in the classroom, and keep working hard during those times, controlling what I can control, and not letting things that I can’t control affect me.” Maranetti agreed, claiming, “This year, I think he was struggling at the beginning like all of us were, but I just saw an incredible mental growth this season, from the beginning of the year, where he wasn’t getting his paperwork done on time, he was just not focused. And there was just a point where he finally started to get it, and take so much more responsibility. We saw it on the mat, we saw it with his leadership, and  we definitely saw it with his performance at nationals.”
McAulliffe attributes a lot of his success to the workouts he was getting with  Elmhurst’s Assistant Coach, Matt Kushert, at his UFC Gym in Naperville. McAuliffe also got a chance to lean on the knowledge of Elmhurst alumni and UFC veteran Ricardo Lamas (co-owner of the UFC Gym), at those early morning sessions. Coach Maranetti had Lamas sit down and talk with Jimmy about living a “championship lifestyle.” McAuliffe, felt like it worked, “I got my diet under control and I was able to make 141 lbs. Easily, and train my body so that I could prevent injuries, eat the right food that prevents injuries. Thank God, I didn’t have any ankle injuries this year, and I went on to win the National Title.” Head Coach Maranetti took notice, “I saw him change, at some point he started getting extra workouts in with our Assistant Coach Matt Kuschert in the mornings, and when Jimmy started doing those morning workouts, I knew he was completely buying in, and we saw the results of that.”
Coach Maranetti is excited for both Jimmy and the Bluejays’ future. “Jimmy has been the face of the program for a couple years, he’s been our All-Star. He has brought a lot of great attention to the program. We just continue to try and bring guys of his caliber into the program and help them reach their goals.” McAuliffe says of his National Title, “It was really crazy, I never felt kind of feeling before. That realization that, yeah I finally did it. It feels really good, but it still kind of gets me a little hungry to become Elmhurst College first two-time national Champion!” McAuliffe will be back next season, with a chance to repeat and make history. 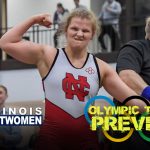 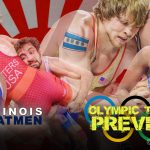