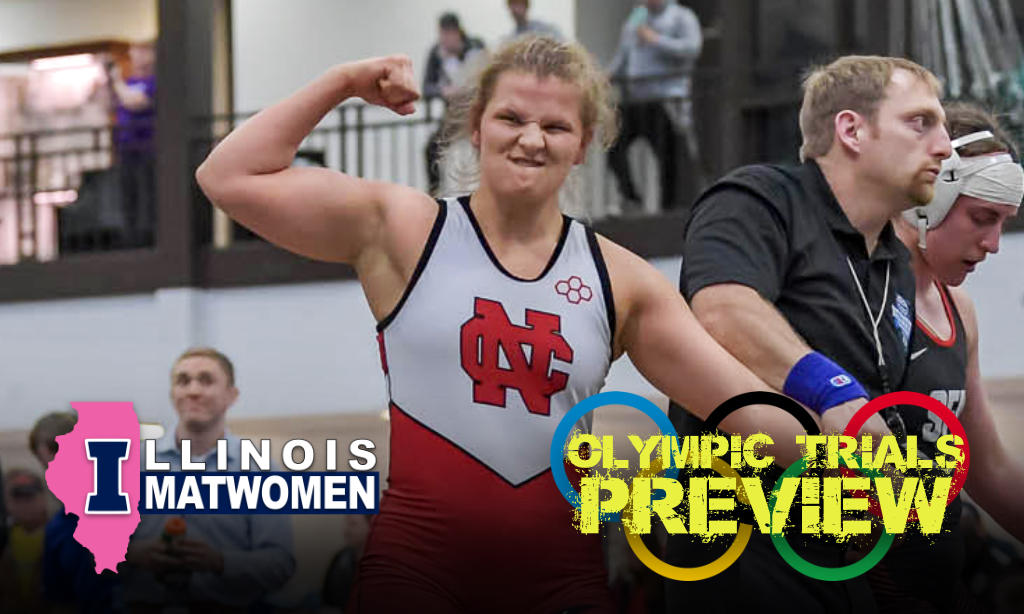 Yelena Makoyed just won the 2021 National Cliff Keen Collegiate Women’s Wrestling Championships (NCWWC) at 170 lbs. for North Central College in the program’s second year in existence. A phenomenal accomplishment, but Makoyed wasn’t really surprised that she won Nationals. “I knew I was going to win. There is always that doubt before the match, but it was kind of like this is the least of my worries. I just got to win Nationals, and then the next thing is the Olympic Trials.”
The recently crowned 170 lbs. Women’s National Champion has her eyes set on a bigger prize, qualifying for the Olympics at 76 kg (167 lbs). The United States Olympic Team Trials take place this weekend April 2-3 in Fort Worth, TX. Makoyed will be the #5 seed in the 14-women bracket. If she can win the challenge bracket, 5-time World Champion Adeline Gray awaits her in the best of 3 final. Defeating Gray, will be no easy task, but Yelena is straight forward when discussing her wrestling goals, she understands the progression. “I would like to pursue wrestling for a really long time, and start making a living off it.” She continues to chronicle how she sees her career progressing, “I want to do well at the Olympic Trials, I want to wrestle at the Olympics, that is the goal for now. For this year. Then in the future I want to win the Olympics.” Lofty Goals for the NCC Sophomore, but Head Coach Joe Norton believes her goals are all attainable.
“Yelena is just super-gifted athletically, she was born in Moscow, she has some russian blood in her, so it’s not even fair sometimes. She is an extremely strong, and athletic girl for that weight class. She does things that 170 lbs. women just don’t do.” He continues, “When you pair her extreme athleticism with a tremendous work ethic, she is going to get really good results, all I have to do is point her in the right direction.” Coach Norton feels Makoyed has all the ingredients to make a World or Olympic team. “Yelena was runner-up at Junior World Team Trials, to a girl that she beat the next day, she’ll make a Junior World Team.” This weekend Makoyed will get to see where she ranks amongst the Senior Level Women, but Coach Norton feels she is prepared.
“Yelena works extremely hard, and is a fierce competitor,” Norton claims. She has the ability to beat any of the women in her bracket and Coach Norton and his staff will be there to help. “Being the coach that I am, we are only going to focus on what you just accomplished for a little bit, because there is always more to go out and get. National Titles are great, but let’s go win two more, let’s go make a world team.” Coach Norton and his staff set the expectations high for their athletes, but wrestlers like Yelena Makoyed are happy to raise the bar. “I want to put NCC on the map, I want to be a 3-time National Champion, 4-time finalist, and I want to be Team Champions, and beat Mckendree!” Yelena has a lot she hopes to accomplish in the next few years, but she knows how  she is going to get there. “I know that if I focus on the little things everyday to improve, I can reach my goals.” Yelena reminds herself of a simple quote to help stay motivated on her quest for the Olympics, “Get 1% better everyday, that’s it.” We will be cheering her on this weekend at the Olympic Trials. 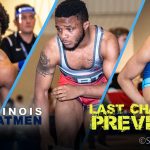 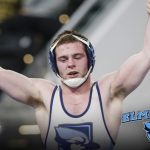