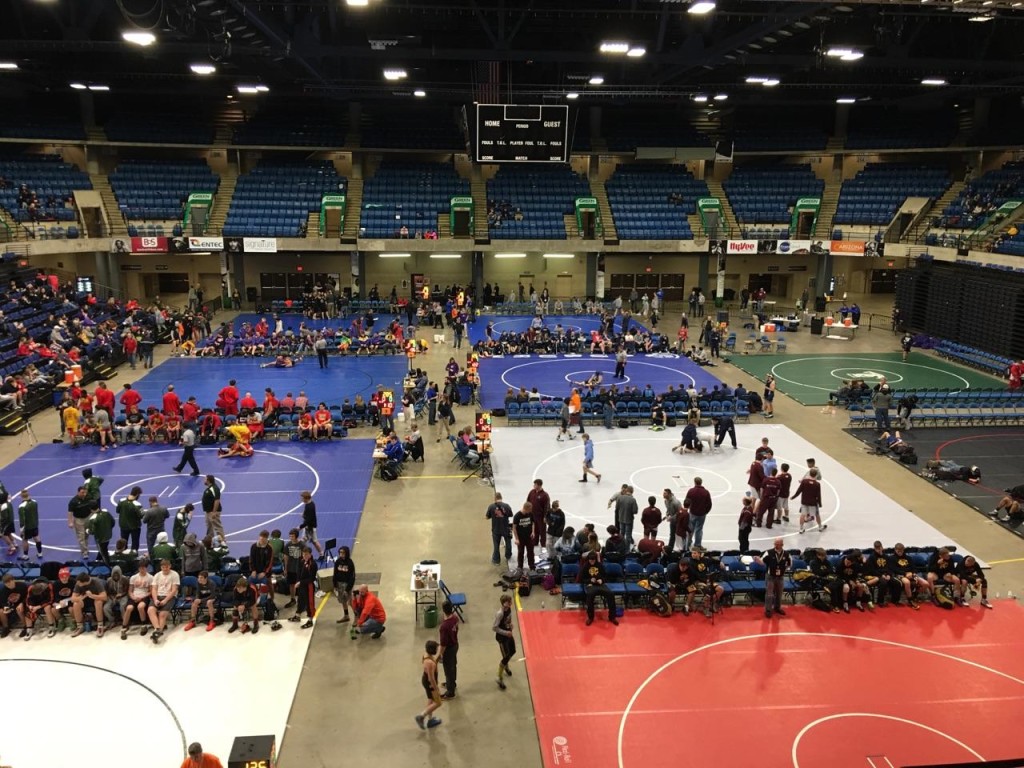 The morning rotation of the inaugural Abe’s Rumble saw three top-six teams, No. 2 Lena-Winslow/Stockton, No. 4 Wilmington and No. 6 Clifton Central, roll through pool competition with 4-0 records. So did No. 18 Mercer County. Here’s a rundown of what happened in each.

Although Hope Academy won just three matches against L-W/S, one of them was Jedidiah Willis’s 15-3 major decision over three-time state qualifier Kyle Kalkbrenner at 160, which got the Eagles on the board after falling behind 24-0.

Some other individual highlights: the top two 132-pounders met, with two-time state runnerup Trey Hild of PORTA scoring a 13-8 victory over Oliver Davis of Benton as the Bluejays beat the Rangers, 62-9. It was a rough morning for Davis, who also lost to Keeffer, 10-5 at 145. Hild also beat L-W/S placewinner Hunter Luke, 9-5.

With Danny Braunagel scoring a technical fall over Nick Pretto at 152, the Crusaders built a 28-18 lead, but Wilmington followed Jesse Cox’s decision at 182 with consecutive pins by James Cox (195), Sam Jones (220) and Josh Jones (285) to rally for the win.

That loss dropped Althoff to an 0-2 start. In the first round, They tied Morrison 36-36, with the Mustangs winning on most first points scored. Morrison’s Joe Eads pinned Max Kristoff in a matchup of state placewinners at 132 and Morrison scored pins at 195, 220 and 285 to earn the win.