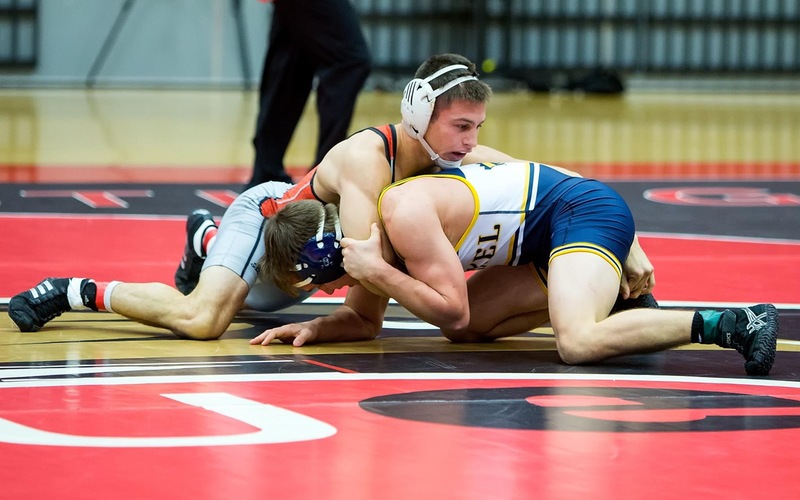 BOONE, N.C. – Five of the 10 wrestling matches Sunday were decided by one or two points in SIUE’s 30-9 loss at Appalachian State.

The Cougars fell to 3-11 overall and 1-2 in the Southern Conference. Appalachian State improved to 5-3 overall an 3-0 in the SoCon.

“It was frustrating because we felt we had a chance to win more of those close matches,” said SIUE Head Coach Jeremy Spates. “We want to find ways to win matches.”

The first match of the day featured SIUE’s Tyshawn Williams, who dropped a 6-4 overtime decision at 149 pounds. After a loss by Karsten Van Velsor at 157 pounds, Nate Higgins put the Cougars on the scoreboard.

“He is being offensive and getting to his shots,” said Spates. “He’s wrestling pretty well right now so we’re exciting so that he is building for the end of the year.”

The Cougars added a pair of close victories by Zac Gentzler over DeAndre Swinson-Barr 3-1 at 125 pounds as well as John Muldoon at 133 pounds with a 6-5 triumph over Codi Russell.

“Zac is similar to Nate is that he’s continuing to wrestle a lot better,” said Spates. “This also was John’s first time back down at 133 after being at 141 the beginning of the year. This is more of his true weight class, and it was good to get a win against a good opponent.” 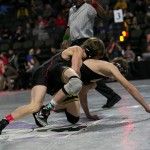