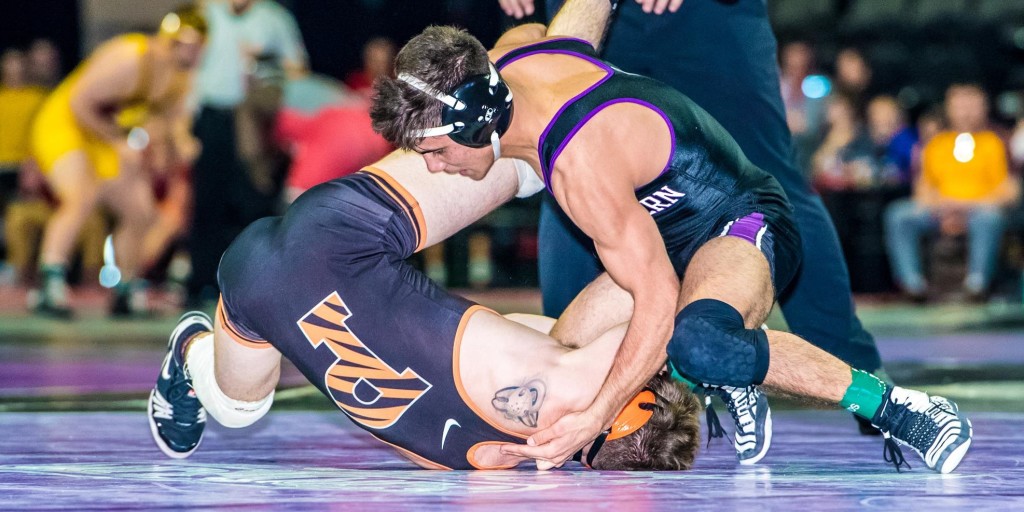 Rivera came back with a chip on his shoulder after falling to eventual champion Nick Suriano in the semifinals this morning, and throttled West Virginia’s Zeke Moisey, the 19th-ranked wrestler in the nation, 15-2.

What led @Cbass_Rivera to his third-place finish at #Midlands55?

Deakin, despite suffering an early takedown at the hands of his foe Pat Lugo, came back strong. He finished with an 8-5 decision and finished in the top-four for his second-straight season.

Rivera and Deakin’s finishes mark the first time that Northwestern has had at least two grapplers finish in the top-three since Jason Tsirtsis, Pierce Harger, and Mike McMullan did so in 2014.

Redshirt junior Conan Jennings placed for the second-straight year, taking a career-best fifth place after benefiting from a medical forfeit by Amar Dhesi of Oregon State.

The #B1GCats are back in action as they resume dual season at Illinois on Jan. 7, 2018, in Champaign, Illinois.

Related: Rivera, Deakin To Wrestle For Third At #Midlands55