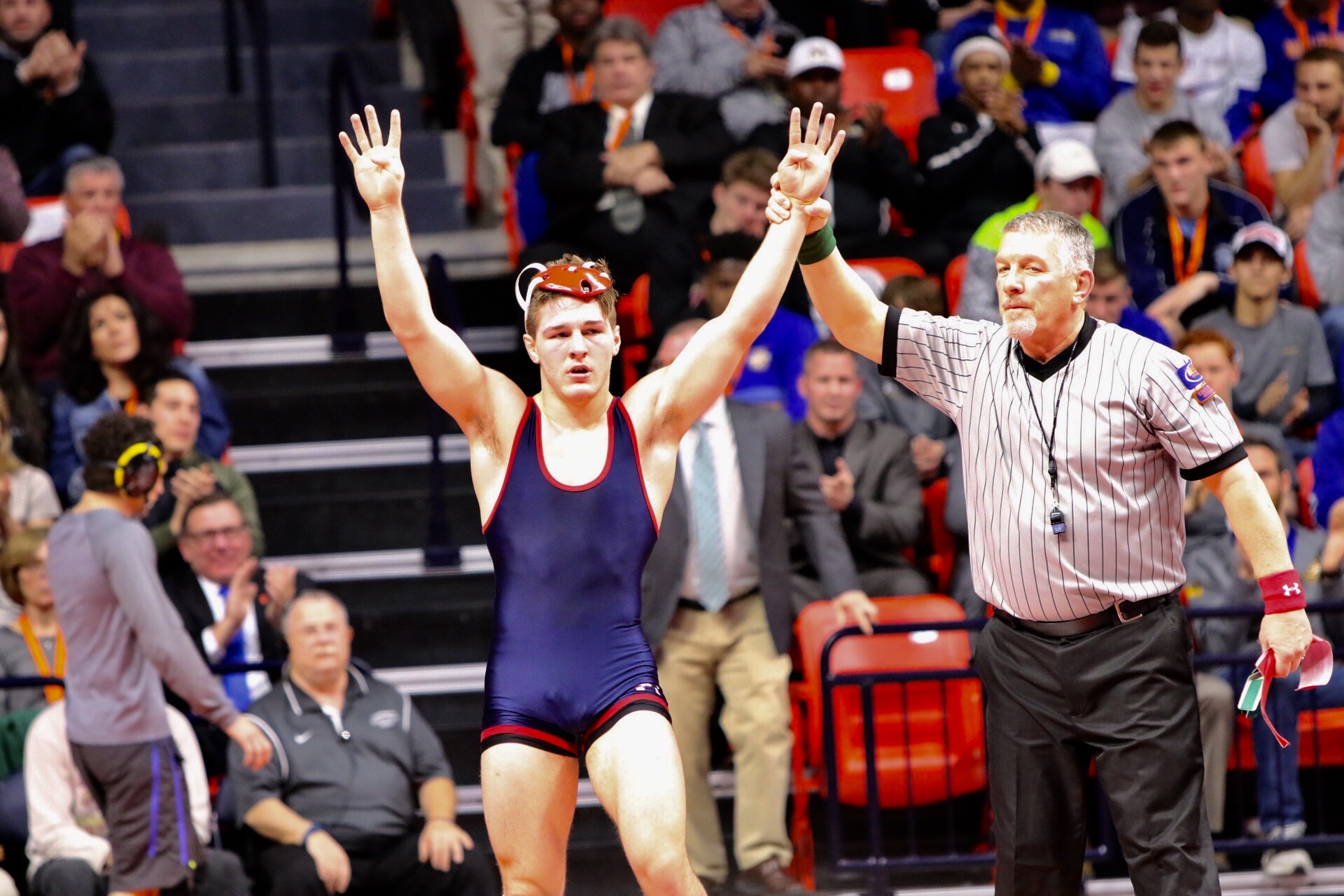 “Everyone always decides differently where (the run of state titles) really starts, whether it’s Novice or Senior or even in high school,” O’Connor said. “It just depends on who you ask.”

If you ask O’Connor, he has even more.

By his count – starting when he was four years old – the St. Rita star captured his 14th overall state title Saturday and continued his run of state titles that dates back to when he was eight years old.

No matter how you count it, the North Carolina recruit was the talk of Saturday’s finals with his history-making performance as he joined 2007 St. Rita alumnus Albert White as the school’s second four-time state champion.

O’Connor was the first of the three to add to his state title collection as he defeated Providence junior Cole Smith by a 20-7 major decision in the final.

“I definitely felt like I played it smart, and I’m not used to doing that,” O’Connor said. “Usually, I like to open it up, but I wanted to secure this W because it’s so meaningful.”

O’Connor scored the match’s first takedown in the first 10 seconds as he built a 12-6 lead after the first period and a 14-7 advantage after the second period en route to the win.

“This is definitely the most meaningful state championship that I’ve won,” O’Connor said.

And also one of the most fun.

O’Connor made certain of it.

“I was definitely able to enjoy this,” he said. “That’s one of the things I told myself when the season started winding down. Last year, going into the finals, I was super focused, but I wasn’t really enjoying it and put too much pressure on myself, so this year I wanted to go out and have a little more fun.”

“This is really special,” Gomez said. “Not too many people have done it, so now that I’m on the top of that ladder as a three-time champ it’s really special.”

Gomez rolled through the 3A 138-pound title match as he won by fall at 3:45 over Mt. Carmel junior Kendall Coleman.

In addition to the third state title, it was also Gomez’s fourth career medal.

“I thrive in this stage,” Gomez said. “I’ve been here multiple times, and this mat is like my home. I’m used to being on it.”

The Iowa recruit had one of the most dominant state-tournament performances as he used three first-period falls to advance to the 2A 195-pound title match and then defeated Mahomet-Seymour senior Hunter Crowley by a 22-7 technical fall to win his third straight title.

“Coming into this tournament, I wanted to state my dominance,” Warner said. “Winning in the most impressive fashion is what I try to do. It just helps me grow, helps me get better and pushes me.”

It was the third year in a row that Warner went up one weight class, prevailed and brought a state title back home to Washington.

“I love my team, and there’s no other team I’d rather have done this with,” Warner said. “I know, for a fact, that without them I definitely would not be here. Coach Medlin is a huge part of this and all my partners over the years have helped me. Facing them, I knew that anything was possible.” 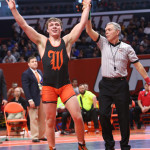 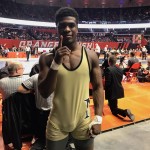