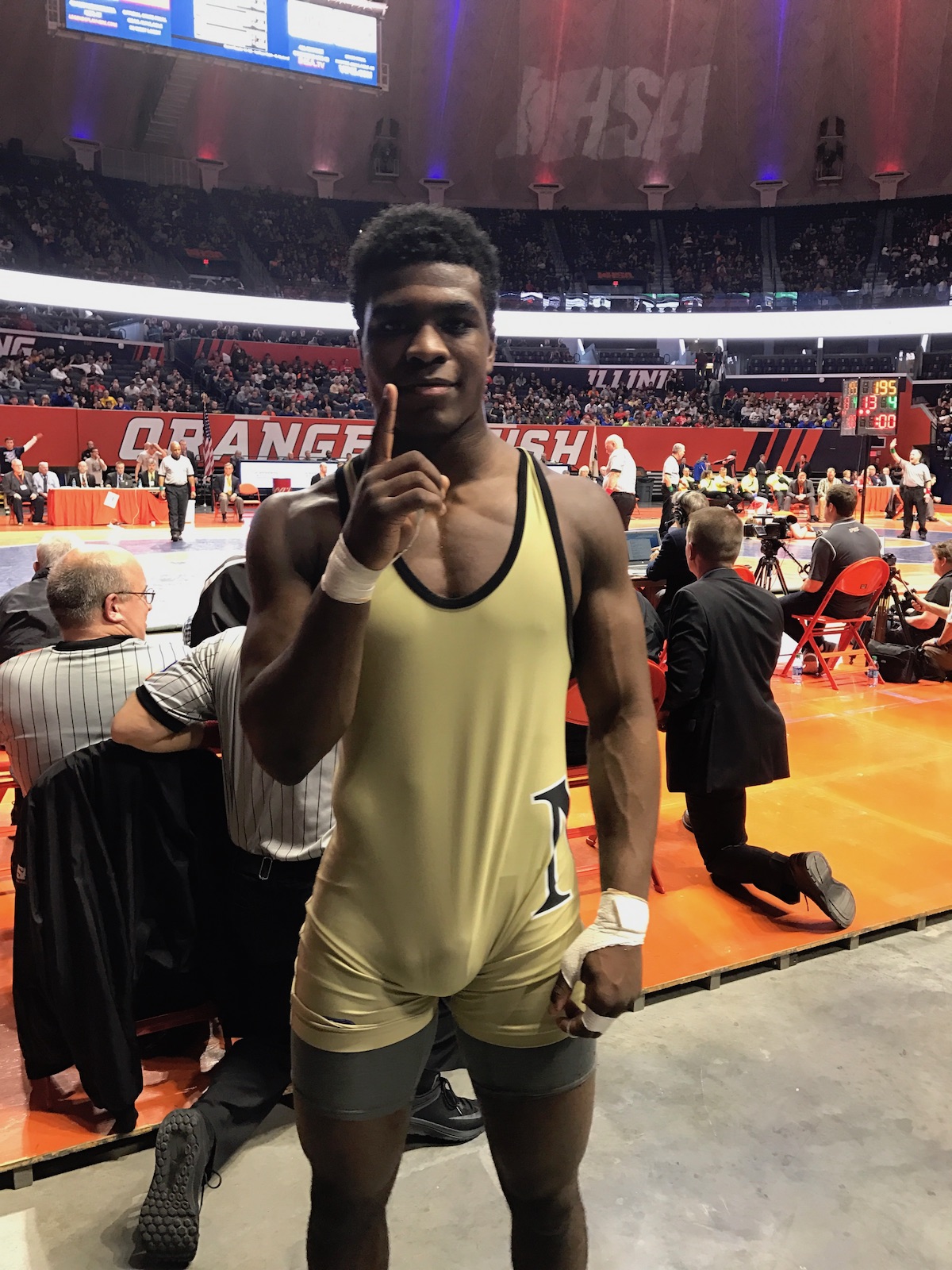 To all the people who doubted if Kordell Norfleet could succeed going from Class 2A to 3A, the Marian Catholic 182-pound senior has a message for you.

“We’re all wrestlers and we’re all athletes,” Norflett said at Saturday’s IHSA State Tournament. “We all show up, go to practice and we all wrestle the same way. Just because you have a different number in front of the letter means nothing. It’s about how hard you train, how hard you work and what you put into it. We’re all human beings and anybody can win it. Class 1A, 2A or 3A, it doesn’t matter. If they have two legs and a brain, they can win.”

A year after Marian Catholic was bumped up from 2A to 3A, a fired-up Norfleet made a loud statement as the 2016 2A 170-pound state champion proved that he can compete with the best as Norfleet topped Willowbrook junior Jack Jessen by a 13-3 major decision to win the Class 3A 182-pound state title.

“If you have success in 2A, people just discredit you,” said Norfleet, still running on adrenaline and emotional from his victory. “I remember when Montini was in 2A and it had kids beating OPRF in tournaments, so Montini’s 2A champs were beating 3A state champs. To say that 2A is weaker or ‘I don’t know if you could’ve won it in 3A….’

Despite being the No. 1-ranked kid at his weight in the Illinois Matmen GO EARN IT Wrestling Apparel rankings, many still questioned Norfleet this season.

The Arizona State recruit proved the doubters wrong as he won regional and sectional titles and entered the state tournament unbeaten and as the No. 1 seed.

At state, he pinned his way into the semifinals and then won by technical fall in Friday night’s semifinals to set up the highly-anticipated, much-discussed unbeaten vs. unbeaten showdown with Jessen.

With Norfleet entering 42-0 and Jessen 50-0, the Marian Catholic star took the lead early and never let up as he pushed the pace and the action to the 13-3 major decision.

“This is crazy,” Norflett said. “It’s something you dream of. You picture it all week and all season, so to see it payoff is amazing. I know what I’ve put into it, what I’ve given up and sacrificed and how much it means to the people around me. I’m just blessed for everybody getting me to this point.”

It was Marian Catholic’s first state title since moving back up to 3A.

“A lot of people were counting me out,” Norfleet said. “I started the season ranked No. 2 and I felt very disrespected, but it is what it is. Now I’m ranked No. 1.”

Despite the win, Norfleet acknowledged how much of a fight and how difficult it was to face Jessen, a Northwestern recruit.

“That kid was strong – he’s a man child – so I had to keep moving because I knew I was quicker,” Norfleet said. “I don’t think people can hang with me if they try to wrestle me and score because they’ll get out of position. He’s so used to overpowering and going to the legs, so there was no technique and no speed. I used my length to my advantage and it all worked out for me.”

Worked out all the way to his second straight state title and third career medal.

“People have him ranked ahead of me in the country,” Norfleet said. “I don’t really look at that, but my teammates would say, ‘Man, do you know that he’s ranked ahead of you?’ and I’m like, ‘What?!?!’ It’s always been a chip on my shoulder.

“We go back to the little kids days,” Norfleet added. “We always go back and forth but, as long as I get it when it counts, I’m happy with that. I’ll wait for him in college because I know that he’s not done.” 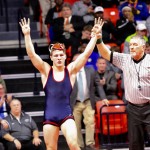 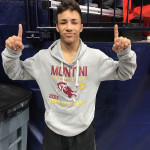