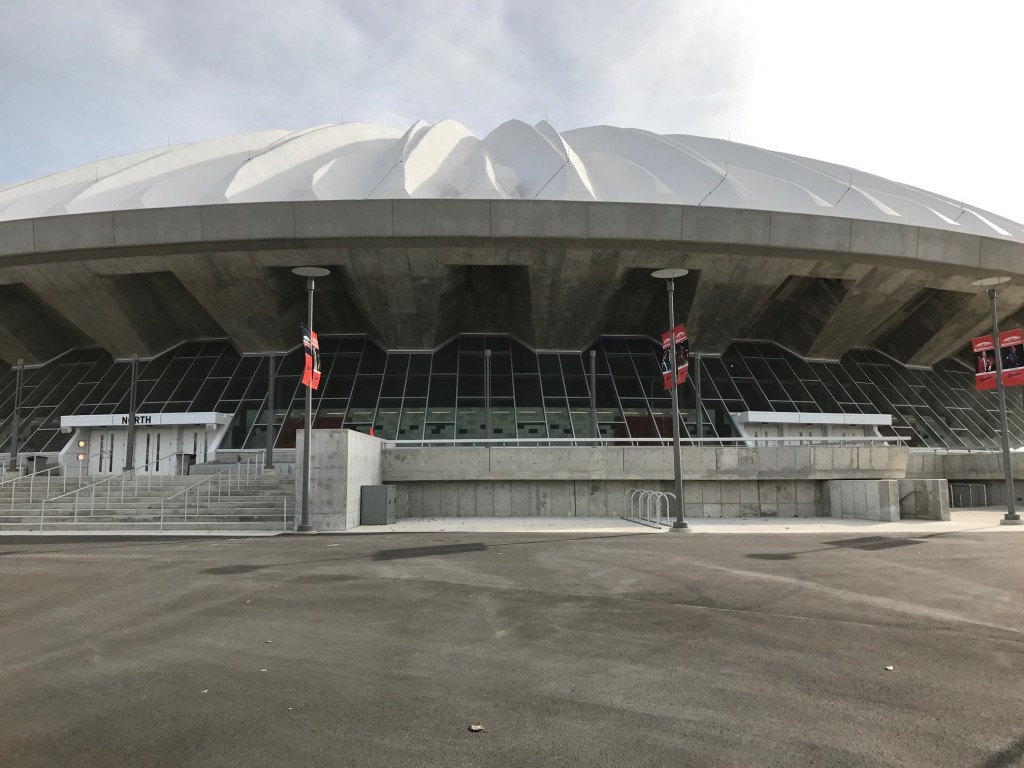 Everybody hit the mats for the first time Thursday in the first round of the individual state tournament at the State Farm Center in Champaign.

Lockport and Oak Park-River Forest, who advanced the most wrestlers to state in 3A, had successful opening days. The Porters advanced nine of their state-best 12 qualifiers to Friday morning’s quarterfinals, while the Huskies advanced eight of 11. OPRF did take a major hit at 220 when Chris Middlebrooks dropped a 4-3 decision to Alex Andrews of Rock Island.

The only projected match between defending state champions will highlight the early group of quarterfinals in 3A, where Joey Melendez of Montini and Travis Ford-Melton of Marian Catholic advanced to a much-anticipated showdown at 113. Melendez, who won at 106 pounds in 3A last season, scored a technical fall in his opening-round match and Ford-Melton, the champion in 106 in 2A in 2016, a first-round pin.

Austin O’Connor of St. Rita is just three wins away from his fourth 3A state title after a first-round technical fall. Also in 3A, two-time defending champion Austin Gomez (138) of Glenbard North and state champion Jason Renteria (132) of Oak Park-River Forest rolled through the first round.

The day was largely upset-free, though it did start with unbeaten Alex Mitchell of Libertyville losing 14-8 to Luke Badger of Lake Park in a battle of seniors at 106. The 3A round ended with another unbeaten, senior Andrew Demos of Warren, dropping a 5-4 decision to Matt Hennessey of Plainfield North in a rare first-round battle between top-six wrestlers. They were the only casualties among the tournament’s 33 unbeatens, the others advancing to the quarterfinals easily.

Washington, the powerhouse of 2A, showed it on Thursday, going 9-for-9 in the first round. The Panthers got four pins, one from two-time state champion Jacob Warner (195), a technical fall from state champion Dack Punke (120) and four decisions. The nine allowed just six points, five in Jace Punke’s 8-5 decision at 220. Defending state champions We Rachal (132) of Chicago Washington and Lenny Petersen (138) of Crystal Lake Central also won.

How good would a Coal City-Lena-Winslow/Stockton dual-team state final have been? We’ll keep asking after both teams advanced six to the quarterfinals to lead Class 1A. One of the Pantherhawks’ six quarterfinalists, Elijah Rowe (182), scored the only first-round victory over a projected finalist, winning 3-1 over Jake Frost of Tolono Unity. The other 35 advanced to quarterfinal matches. Defending 1A champions Tyler Fleetwood (120) of Fulton and Nolan Baker (145) of Byron also advanced.