Joey Melendez made a statement Friday.

Not just to himself but to the entire state.

After the Montini junior and defending state champion was upset by pin fall and finished third in last week’s Class 3A Downers Grove North Sectional, Melendez won the most-anticipated match of Friday’s quarterfinal action at the IHSA State Tournament in Champaign.

“I came in knowing that I had to prove something to everyone,” Melendez said. “This match was the talk of the whole season, but I just had to stick to the game plan.”

Turns out, as he proved, last week’s defeat was a just a minor misstep.

“At least I had another chance to prove that I’m the best,” Melendez said.

He took a big step toward proving that Friday afternoon.

In the highly-anticipated No 1-ranked vs. No. 2-ranked showdown, Melendez used a first-period takedown to build a 3-1 lead after the first period.

Melendez chose down to start the third period, but Ford-Melton gave up the escape before the period began as Melendez took a 4-2 advantage.

“He has a good front headlock and I have a front headlock, so I just had to maximize my opportunities so that I could score and stop him,” Melendez said. “Against a kid like Travis Ford-Melton, you can’t be too greedy because that’s when you start giving up silly points and making silly mistakes. You have to stay strong, stay tight and keep on him.”

Getting the lead early was the key, said Melendez, who sprinted off the mat, around the floor and into the hallway following his thrilling victory.

“I wrestled hard and stuck to the game plan,” he said. “I know that if I wrestle my match that not too many people can beat me.” 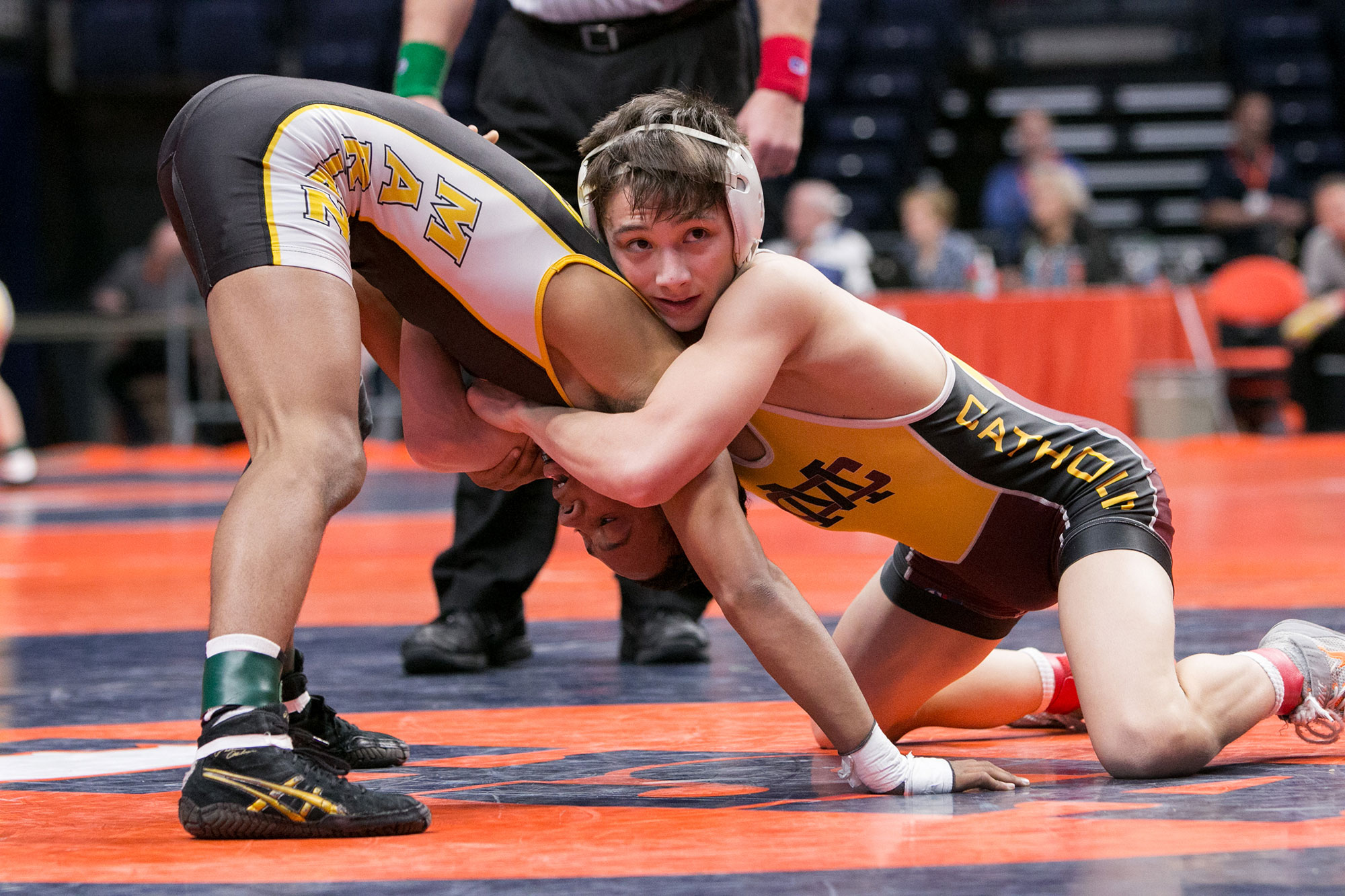 With the win, Melendez will have a chance for payback as in Friday night’s semifinals he will face St. Rita junior Tommy Russell, who pinned Melendez in the sectional semifinal.

“It stunk what happened at the sectional,” Melendez said. “I was up 11-3 but got thrown to my back. There was nothing I could do about it. I got stuck. After that, all I could do was just prep for this week.”

“That’d be huge,” Melendez said of repeating as a state champion. “Winning two state titles would be so satisfying.”

As he learned last week, however, he must take one match at a time.

“This is a huge win, but it’s about being confident and not cocky,” Melendez said. “You never underestimate your opponent, and you have to treat it like it’s you last match.” 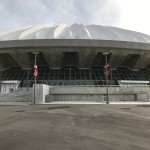 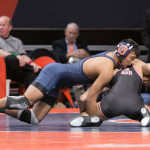