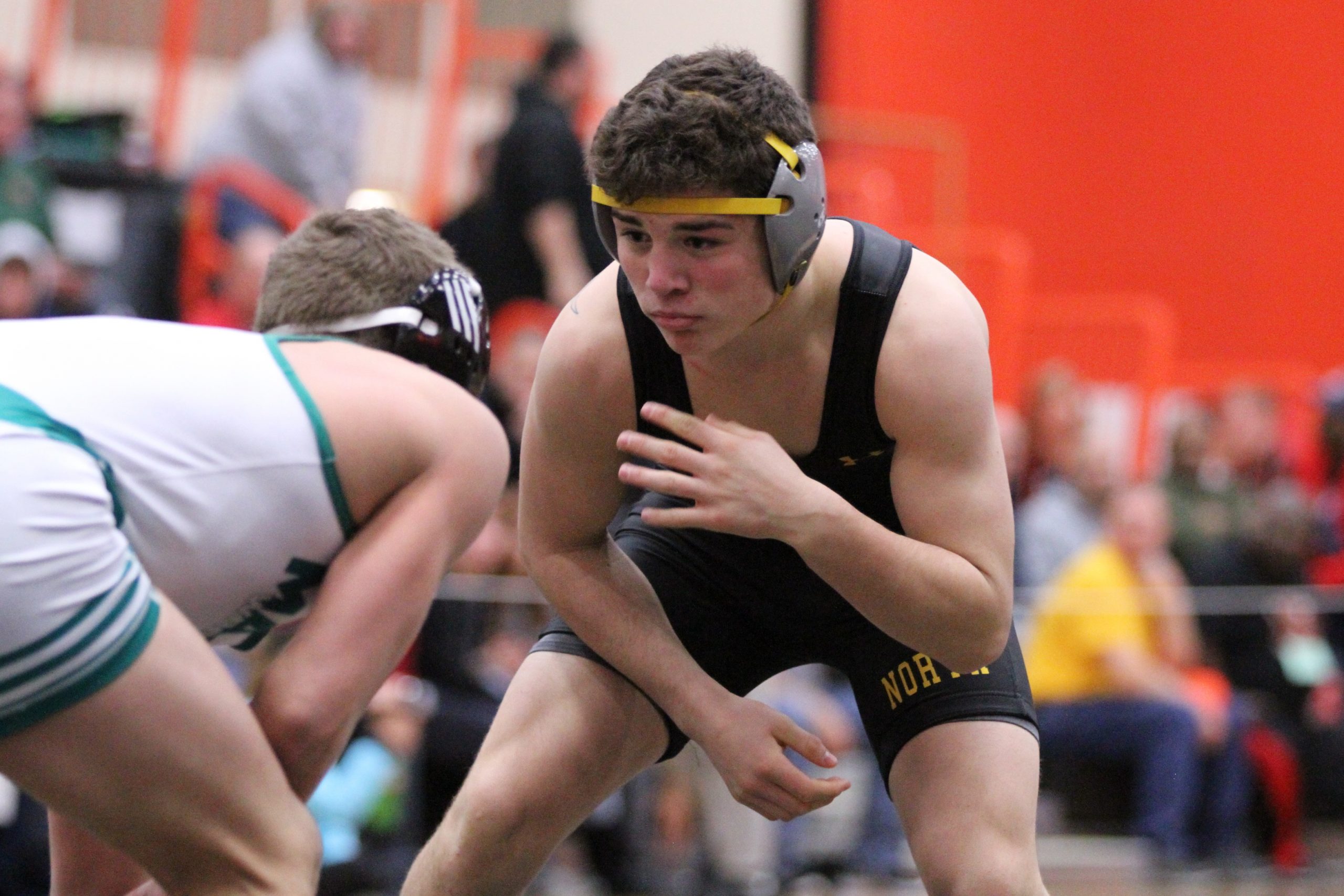 Gomez placed third in Illinois at 113 as a freshman, won a state title at 113 as a sophomore, and another at 126 last year. He’s currently unbeaten and ranked #1 at 138 pounds in Class 3A, per Illinois Matmen’s Go Earn It Wrestling Apparel rankings.

The Iowa State-bound senior recently won the second Dvorak tournament title of his career, posting three technical falls and a pin in his four Dvorak matches at 138.

Illinois Matmen: How has Glenbard North been competing so far this year?
Gomez: “We didn’t have the best results at the Dvorak tournament. We only placed 3 out of 14 but we’re a very young team and we only have about four seniors in the lineup. The rest are sophomores and juniors so we still have a lot of learning to do before we can reach that next level. We have some of the hardest-working kids in our wrestling room. They’re just not technically there yet.”

Illinois Matmen: The bar is set high at Glenbard North. As a senior, what is your role in helping the younger guys understand what it takes to meet the program’s standard?
Gomez: “When I was a freshman, I respected the older guys. I respected our captains, I listened to what they said, and it helped my training. Our younger guys just have to push themselves, listen, and trust what the coaches are doing.
Also, a lot of our guys wrestle one month during the summer and it’s important to wrestle for two months because that’s what is going to make the difference. The summer after my freshman year, we had something like seven guys qualify for Fargo Nationals. Last year we only had two. Off-season wrestling makes a huge difference.”

Illinois Matmen: You, Abe Assad (2nd at 145), and Anthony Marre (7th at 152) all medaled at the Dvorak. Do you practice with those guys in the room?
Gomez: “I practice with Abe, Anthony, and two of our coaches, Geno Capezio and Joe Gomez. Me, Abe, and Anthony push each other every day. When you have guys pushing as hard as you are, it goes a long way. Abe and Anthony both push me a lot and I get a lot out of wrestling with (Capezio and Joe Gomez).”

Illinois Matmen: Capezio was relentless as a high school wrestler for Glenbard North. He never seemed to get tired. How about now?
Gomez: “He’s the same way now. When we wrestle in the wrestling room, it’s non-stop. When we go live and there’s a break, sometimes we’ll just keep on wrestling. It’s non-stop action.”

Illinois Matmen: I know Joe Gomez is your uncle and he was an Illinois state champion at Glenbard North. What’s it like wrestling him in the room?
Gomez: “He’s bigger than me and when we do go live, he kind of beats up on me. Geno is only about 15 pounds heavier than me so it’s not as bad.”

Illinois Matmen: What’s the main benefit of practicing with those two guys?
Gomez: “They’re grown men. Wrestling with them makes it easier to wrestle with guys my size. If I train hard in the practice room against them, I can go out and dominate in my matches.”

Illinois Matmen: Like most top wrestlers, you never seem to get rattled. Tell me about the value of composure during a match.
Gomez: “If I get rattled I’ll get too worried about that particular moment in the match. My plan is always ‘if something (bad) happens, it happens, and I’ll just move forward’. Go to the next move. I don’t really pay attention to the score. I just do what I do. If I’m worried about the score then I’m not going to wrestle as well. Just keep wrestling through every position.”

Illinois Matmen: Are you different from last year in any specific way?
Gomez: “I’m a lot more technical. My technique skills over the summer and since have escalated. They’ve gone through the roof. I’ve learned so much from different coaches and I watch a lot of wrestling, so if I see a move that I want to use, I’ll go practice that move so eventually I’m able to hit it in a match. Wrestling is always on my mind. Even when I’m at home lying in bed or hanging out with my family, I’m always on my phone or on the iPad watching wrestling.”

Illinois Matmen: What’s the most important factor in incorporating a new move?
Gomez: “It depends on the move but it’s just constant repetition in the practice room until it’s perfected. When I was a little kid, my dad (Hector) instilled in my head that I need to drill hard every day. From when I was a little kid until now I’ve probably drilled a million shots. It’s all about repetition.”

Illinois Matmen: Tell me what you value about coach (Mark) Hahn (Hahn is in his final season as Glenbard North’s head coach and a career of nearly three decades).
Gomez: “I can get emotional just talking about it. He plays such a big role. Last year I tweeted out a picture of him in a chair and all of us sitting on the ground around him. It was like ‘god and his followers’. He’s like a second father to me. Ever since I was a freshman he believed in me. I lost my wrestle-off (at 106) to Kirk Johansen and I had to wrestle up to 113. Coach Hahn talked to me after that and said ‘Austin, I believe in you and I think you can do it’. That set me up for the whole state tournament. That man means everything to me.”

Illinois Matmen: What’s his best trait as a coach?
Gomez: “It’s his attitude. He has a firepower in him and he just gets us ready. We all respect and trust what he says and whatever he says, it goes. It’s so hard to really explain what he brings. He’s just the best.”

Illinois Matmen: Every year there are a handful of high school wrestlers considered just about untouchable in their weight class. You are one of those guys this year. How do you feel about that?
Gomez: “It’s a cool feeling but it just means I have to keep working hard because that’s what I’m doing right. Everything I do or accomplish is built in the wrestling room, during running, weightlifting, everything. Everything I do, I have to do hard, and that’s why I’m where I’m at right now.”

Illinois Matmen: Did you enter Glenbard North with that work ethic?
Gomez: “No. My freshman and sophomore years, I was not like I am now. Nowhere close. Before last year it really hit me that I need to do start doing everything harder, and that if I want to be at the next level – national champ, Olympic champ, world champ – it needs to start happening now, every single day, because I know if I’m being lazy now, I won’t get there.”

Illinois Matmen: Were coaches whispering in your ear that you needed to work harder?
Gomez: “All of my coaches brought it up to me at some point and it finally sunk in. My dad was harder on me when I was younger but he has laid off a lot, to the point where when we get home, we don’t even talk about wrestling. We talk about how our days went. I barely see him because I wake at up at 5 am for morning practice and I don’t get home until 6 at night. Then I’m eating dinner, doing homework, and it’s straight to bed. So when I see my dad, we don’t even talk about wrestling because now he trusts what I’m doing.”

Illinois Matmen: What advice do you have for the next crop of quality incoming high school freshmen wrestlers?
Gomez: “Start sacrificing now. Start working hard now. Don’t wait until later in high school. Do it now. Discipline is a big thing, too, because parties are everywhere. There are so many bad influences in high school in terms of drinking and smoking, and people can get caught up in them and careers can go down the drain. Keep a straightforward mindset in high school and surround yourself with people who want to go in the same direction you want to go in. People have offered me stuff but why would I want to hang out with them if they’re asking me to do those things? Those things don’t help me attain my goals. That’s why I’d rather hang out with my family because I know they want to help me get to where I want to be. And all of my friends are on the wrestling team because they’re the guys I trust. I trust my teammates and my family.” 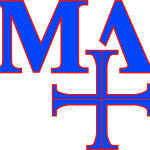