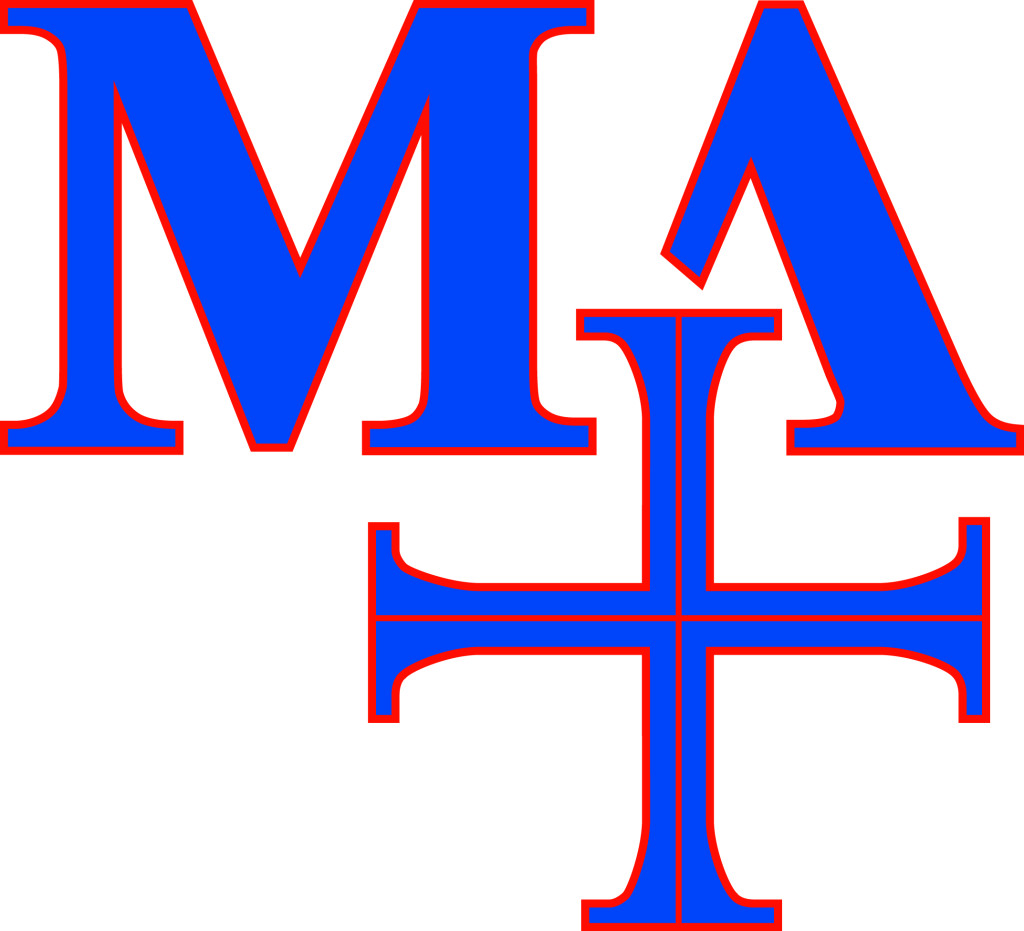 No. 7 Marmion Academy tuned up for its upcoming trip to the Cheesehead by going past three opponents, including St. Charles East, last Friday afternoon on its home mats.

The Cadets (10-1-0) would thrash an undermanned DeKalb club, and later, West Aurora to finish its day, but it was its dual with an another Illinois-alum, which peaked the interest of Donny Reynolds on several levels.

“Obviously seeing Jason (Potter) today is always a highlight for me, as well as checking out his team, while watching how some of my guys respond to some of Jason’s best,” said Reynolds, who along with Potter were prep stars here in the state, collecting four state titles between them, before both moved on to compete for the Illini.

“Jason is doing at great job at St. Charles, and I was thinking the other day about how many of us from that (era) – have gone on to become high school head coaches (and) it’s really pretty amazing.”

Potter, and to a man, the rest of his club were all looking forward to this contest once the 2016-2017 schedule was published.

“I know when I saw you at Conant (Hruska Classic) on Thanksgiving weekend (I) told you this was a quad that would be very good for us, while providing a barometer of where we would be just before the new year,” began Potter.

“Last week, I was a little apprehensive in advance of meeting Marmion because we’re still sorting things out a little here and there (plus) Donny has his guys constantly competing against elite competition, and that was something that was very evident in our dual with them today.”

Following the Saints 47-13 victory over Upstate Eight Conference rival West Aurora in its opener, it was time for Potter’s men to face the home side.

Perhaps a harbinger of things to come occurred when Brad Gross opened the
proceedings at 152 pounds with a well executed pin of Steve Dziadosz after building a 9-2 advantage, before finishing off his opponent at 4:21 to get the Cadets off to a flying start.

Brant Demoss would use a second period escape near the edge to take the lead against Malik Hatch, but the Saints senior drew back even at three minutes, then stayed composed on his angled shot to go ahead for good with 23 seconds remaining in regulation to earn a 3-1 decision.

The Saints (13-2-0) would struggle to stay afloat after the Hatch victory – watching the Cadets capture the next three bouts – two of which via bonus efforts, beginning with Peter Ferraro (170) who needed little time before recording a pin at 0:46.

In this contest, Jimenez would drop down from his high double, to a single, and with a nifty inside trip to earn the first of his three first period take-downs to go up 6-2 after two minutes, which he tripled after the second period at 13-4.

With terrific pace, and a methodical method in his attack, Jimenez would continue to easily win in advance of the closest match of this meet.

Next up would be Tyler Surges against the Saints Cody Glidewell at 195 – and from the onset, it would appear Surges would finish what both Ferraro and Jimenez had started.

Off a scramble in the center circle, Surges would open the scoring with a take-down, then double his advantage with a two-point near fall to end the first period with a well deserved 4-0 lead.

Glidewell would start down, and easily break free to get his one point, and when Surges was unable to come around and finish his shot (Glidewell) would capitalize by earning a take-down with 30 seconds left in the period.

With the momentum clearly swinging back in favor of Glidewell at the start of the third period, the Saints co-captain got back even to send this one into overtime.

Once there however, Surges worked his space before unleashing a quality shot with just seconds to go in the first extra session to garner a 6-4 victory.

Saints big men Darrell Gregg (220) and Justin Hull (285) would help bring their club back to life, while jump-starting a four-match win streak to get East back as close as it would get for the rest of the afternoon.

“Kind of a typical heavyweight match, wasn’t it?, suggested Hull, who has spent time at both 220 and heavyweight for Potter this season.

“After he (cut me) the plan was to stay in the middle, and to make sure he didn’t get me down – so I just tried to keep moving, and wrestle real smart in that last 30-40 seconds.”

Potter said beforehand that his top man, senior Joe Ruffino would wrestle the Cadets rising star, Michael Jaffe, regardless of where Reynolds would place his sophomore in the lineup, and when Jaffe checked in at 106 – the stage was set.

“Michael is very good, and he’s the guy I wanted to wrestle today, no doubt,” admitted Ruffino, who followed the game plan set forth by he and his head coach right from the opening whistle.

“I had to go out there and shoot, and not stop (we) know each other really well, so I needed to attack and keep the pace up in order to neutralize him and take control of the match.

A take-down at the edge, followed by a two-point near fall at the edge gave the No. 2 ranked Ruffino a 6-1 advantage after one – which stayed that way through the next two minutes when he rode out the period.

A four-point flurry at the end of regulation gave the Saints 2016 state qualifier a 12-2 major decision, while drawing St. Charles East closer at 19-13.

“We were all looking forward to Marmion Academy, and making it a competitive dual, but just like our dual with West Aurora earlier, we came out a little slow, and that’s not how you compete with quality teams like Marmion,” said Ruffino.

Mark Guerrero, who was 2-0 on the day, kept things on the upswing for the Saints with a 11-1 major at 113 – but that would be it for the Saints, who suffered five consecutive defeats to end this contest to bring the club crashing back to earth.

Ryan Fleck (120) would start things with his 5-2 triumph over sophomore Ben Anderson, before Trevor Chumbley (126), Sean McKenna, Anthony Cheloni and Jake Polka (145) would explode for 14 points between them to make the final a 23-point victory.

“It’s the difficult schedule coach Reynolds puts together for us that helps make us a solid tournament team – we wrestle a lot of quality teams and opponents all throughout the year, and win or lose, we’re ready for just about everything and everyone we see,” said the senior Polka, who ended this dual with a 26-12 major with a lively third period of activity.

“We’ve had three straight duals, and next week we go to the Cheesehead, all of this type of competition pays off when things really become important in those last three weeks of the season (for) all of us,” added Cheloni, whose fifth-place finish at the Walsh Ironman was the best for the Cadets there.

Despite the loss, Potter saw plenty of value for his trip here, and next week, when the Saints go to DeKalb to take part in the annual Don Flavin, which is both an individual and team tournament.

“To be honest, we have so many one-sided duals in our conference, and, while that’s no excuse for the outcome today with Marmion, it doesn’t properly prepare us for a team like Donny’s, who because of their elite schedule is always ready.”

“You can see they are battle and match tested, and that’s where we have to be in order to compete at a higher level when the time comes.”

“We can’t do anything about our conference schedule, but away from it, we can, and have to,” concluded Potter.

For Reynolds, he understands what his long-time wrestling friend is trying to achieve, as he prepares for a dual with Wheaton St. Francis (December 29) in advance of the Cadets bus trip north to Kaukauna.

“I know what Jason is talking about – it’s so important to get your guys out there and expose them to all sorts of styles and competition (expose) your weaknesses, then get back in the room to fix them,” began Reynolds.

“For us, and especially this year because we’re so young, we stayed away from the Clash, instead opting for the Cheesehead, where, regardless, our guys will get 4-5 matches over the two days there.”

“It will be a great place for those young kids to get their feet wet to see what they have to do in order to get better.”