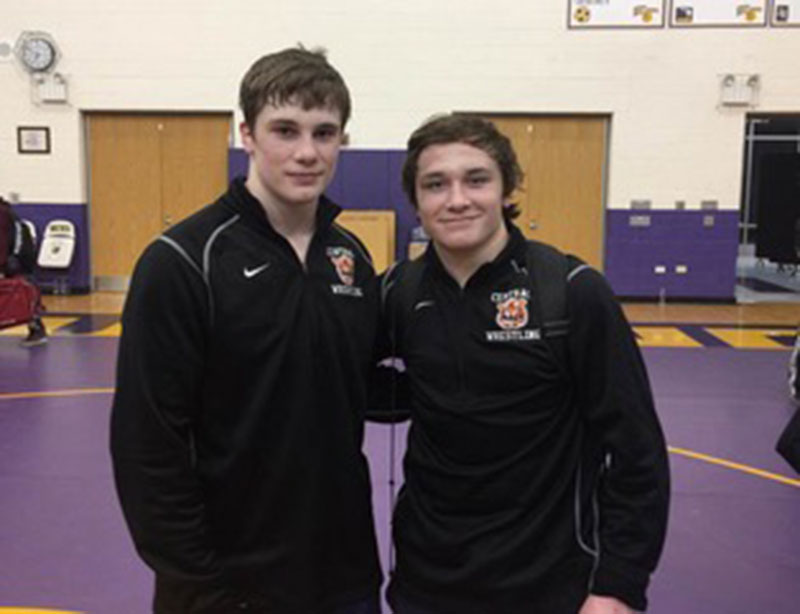 Crystal Lake Central ranks among the best in most figures that measure success – not only in the Fox Valley Conference, but also in the world of 2A wrestling year after year.

Tucked away in the far northern suburbs, Central’s feet of qualifying dozens and dozens into the state tournament, while having 33 state medalists and 14 state champions is nothing short of remarkable.

To understand just how the Tigers program has reached this level of excellence, look no further than its head coach, Justen Lehr, says the O’Donnell brothers, Liam and Seamus, two-thirds of this feature story.

“One thing that I’ll always remember about (Lehr) is how he cares for each and everyone of his guys in the room,” begins Seamus, who was born twelve minutes after Liam.

“He (Lehr) is a great guy, who (at) the start of the year, brings everyone in, from freshmen on up, and we all drill the same type of beginner’s stuff that would usually be reserved for the new guys.”

“Truthfully, even the juniors and seniors can learn from these drills, but when he includes the entire program like he does (what) he does is forge that feeling of family, and I really believe that’s a big reason wrestling here at Central has such a great tradition, and why it continues to be that way year-after-year.”

“(Lehr) is a crazy-good coach. He makes the sport fun, our training sessions are fantastic, and I can tell you the success all of us have isn’t by luck, it’s because of coach Lehr,” adds Liam.

The year after his three-year stint at Aurora Central Catholic, the Tigers finished third overall at the dual-team state tournament to begin a wonderous run of trips to Bloomington, which have now totaled eight in his twelve years as head coach, including the last three.

The O’Donnell’s, along with their current teammates and friends: Conor Burns, Austin Ernd, Braden Bisram and Frank Carone, were all on the 2015 state team as freshmen.

“The culture we have in our program, like many others, is one that makes kids feel appreciated for the contributions they can make (whether) state champion to first year wrestler – and everyone has a role to get better as individuals, and to do what it takes to make our wrestling family better,” says Lehr, who starred at Harvard for three years.

Lehr says there are several reasons the Crystal Lake area as well as his program have enjoyed varying degrees of success since coming to town.

“The coaching, and amount of clubs that exist has been increasing the skill level many of the younger guys possess and accounts for the number of freshmen who are able to contribute early into their high school career.”

Lehr sites the Wizards Club, led by Tony Fontanetta, for creating an atmosphere that mirrors the intensity of training in the room.

“It’s where we got our start, way back in first grade,” says Liam, of the Wizards.

“We’ve had our share of good club kids coming in, but specifically at Central, we have been rounding out our program with non-club and brand new kids to the sport that dedicate themselves to embracing the grind of the sport, and to putting in four years in order to contribute to the varsity,” continues Lehr.

“(That) and the fact that we have great parents, who with their willingness to support their kids, me and the coaching staff, and for them driving them all over the state and country, all the while drying tears from their eyes and blood from their noses.”

“They have been unbelievable.”

The same can be said for Liam and Seamus, who are superb in the classroom, as well as on the mats.

The dynamic duo have set their sites high when the conversation turns to what their new addresses will be in the fall of 2018.

Both carry 4.3 GPA’s out of 5.0, with each admitting their ‘dream’ school to attend would be the University of Notre Dame while Wisconsin is a close second. Seamus also has his eye on either Illinois or Iowa State, should he continue his wrestling career.

“A part of me would enjoy going to the same college as Liam, but the other side says it would be nice to break out and go in another direction,” said Seamus, who will go in search of a degree in Aerospace Engineering.

Liam, just as his brother, finished up their third year playing football with the varsity this past fall, and like Seamus, would consider wrestling in college, perhaps at Brown University of the Ivy League, where he would join five former prep stars from Illinois.

“I’ll look at my options, then decide, and wherever that might be, I’ll do something in mathematics. I’ve always been a math guy,” says Liam.

The fraternal twins are both Illinois State Scholars, plus members of the National Honor Society and Student Council, and as Lehr adds, they both believe they’re great at video games!

Each came into their own last season in a big way, Seamus finishing sixth overall at the state tournament and Liam joining him in Champaign, but falling short in his bid to capture a coveted state medal.

“Getting to state last year was the high point of my career thus far, because I was there with my brother and all of my friends who have been wrestling together for so long,” says Liam, who in the same breath was quick to list the low-point of his career.

“Not making it downstate as a sophomore, then not getting onto the podium last year,” says Liam, who despite his disappointment, was 32-12 on the year.

Seamus would join teammate Lenny Petersen as the only two to bring home state medals with his sixth place finish at 195, Petersen, lifting the big trophy for the second consecutive time, before jetting off to the Air Force Academy, where he continues to wrestle.

“It was great making it downstate with Liam and the rest of the guys, but it’s kind of bittersweet when you don’t get into the finals, so that’s been the motivation to work as hard as I can to get back down there and win it all,” says Seamus, 36-9 last year.

“Those two are great wrestlers because they are selfless, intelligent, highly motivated young men with outstanding morals and character,” begins a proud Justen Lehr.

“The biggest things that stick out to me is their toughness, and willingness to try new things (to) get out of their comfort zone(s) and to learn from their mistakes.”

“Both of them are not fun to wrestle, because their opponents know they’re in for a dogfight, with each so dangerous in almost every position. They never stop wrestling.”

The brothers say their father (Steve) has a mat set-up in the basement (sans) any furniture within throwing distance, and the two will toss each other around for a good spell, which, in the past, would include their older brother (Keegan), who was a state qualifier in 2016 as a senior.

“It would get pretty intense at times for 10-15 minutes down there,” says Liam.

“I could share so many stories about those two guys, but you only have so much space to write this story,” says Lehr, who takes little credit for the success of the Tigers program, to which Liam and Seamus beg to differ with.

“We’re all so fortunate to have a person like Lehr as our head coach. They really don’t get much better than him,” says Seamus, who in preseason polls, was rated No. 1 at 195 pounds in 2A, Liam No. 3 at 182.

“He’s a guy who makes it fun to be in the program (from) all of us helping in the kids program, to those Friday night movies, or when he does his BBQ thing (Lehr fancies himself as a BBQ freak and connoisseur at the same time) – it’s all good stuff,” adds Liam.

“With this current group of seniors, who have all contributed to the program from the very beginning of their careers, they are, more importantly, unbelievable young men on and off the mat,” says Lehr.

“I’ll try to keep it together and not cry at our end of the year banquet, but this might be another year when I’ll ‘pretend’ to have something in my eye on that night.” 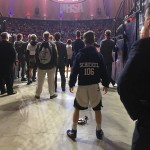 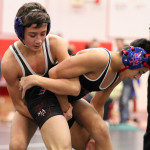