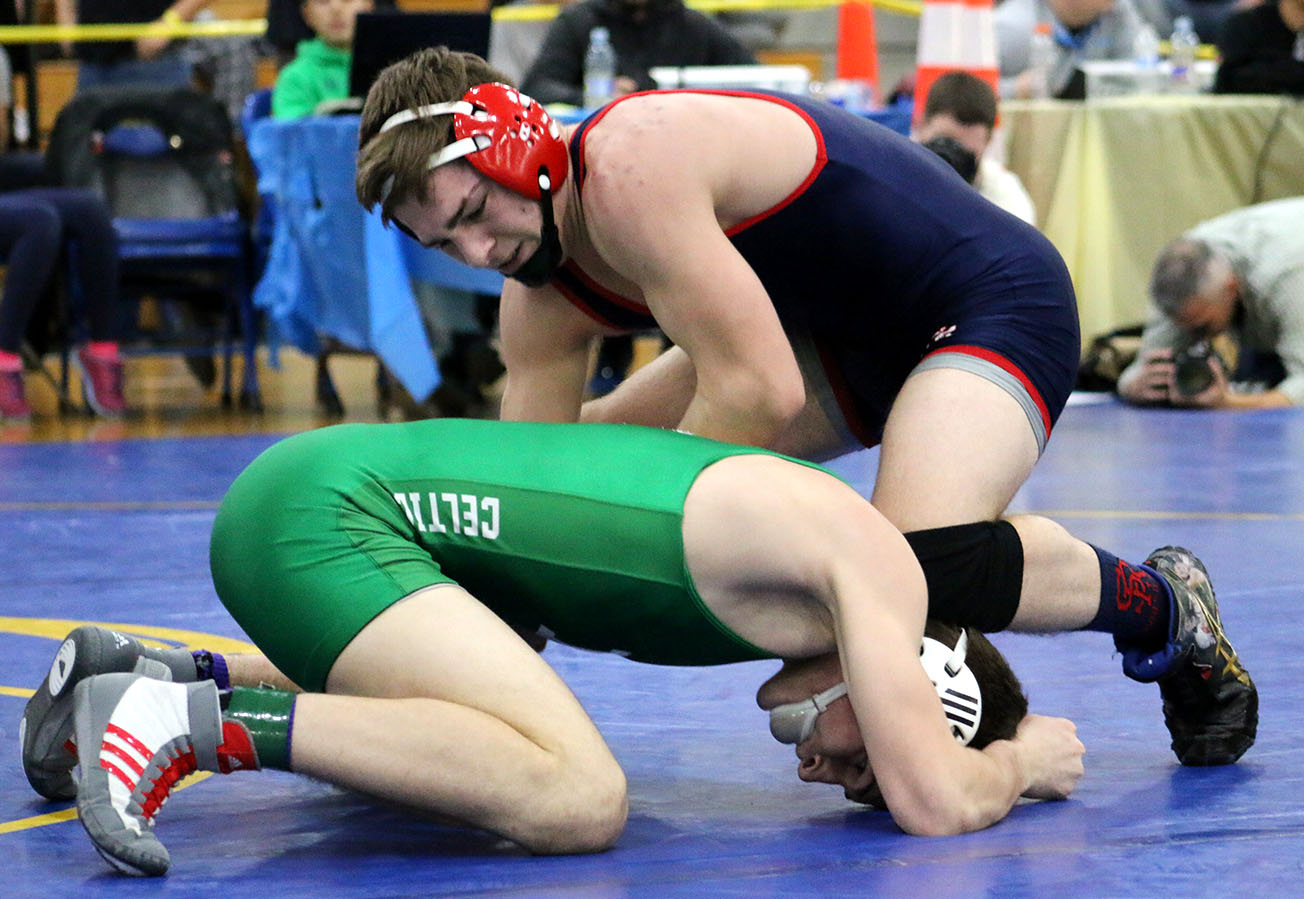 How good is Austin O’Connor?

Good enough to make Dan Manzella put off his plans to step down as St. Rita’s head coach for a year.

Good enough to come one match away from pinning his way through the Catholic League Tournament four straight times.

And good enough to be able to be the favorite to win a fourth straight state title wherever he winds up wrestling.

“I was going to do it after (Jake) Silzer graduated,” Manzella said of his plans to scale back his coaching duties. “When he was a freshman, I said that was it. The next year, I got Austin (and decided), ‘Aw yeah, one more year.'”

That victory lap continued for Manzella and O’Connor on Saturday when they won the Lawless Coach of the Year and Lawless Wrestler of the Year awards, respectively, at the Catholic League Tournament at De La Salle.

O’Connor pinned St. Francis’ Daniel Dickerson in seven seconds in the quarterfinals and had a 5:33 fall over Marmion’s Brad Gross in the semis before settling for an 11-4 win over Providence’s Cole Smith in the championship match.

“It’s nice knowing the Providence guys must think highly of me if their guy’s goal is just to not do much and keep it close with me,” O’Connor said. “But it was all right. I get to wrestle him hopefully again at state and (will be) going after the pin then.”

“Our script hasn’t changed since he was a freshman,” Manzella said. “I told him we’re going to go wherever the bouts are, wherever the hardest matches are.”

There was no shortage of hard matches in a tournament that featured four of the top six teams in 3A, and that also produced another four-time champ: Mount Carmel’s David Riojas (27-5) at 170.

“It shows all the hard work paid off,” Riojas said after pinning Providence’s Trevor Swier at 1:24 in the final. “I’ve been pushing it in practice, I’ve been working non-stop, keeping my conditioning up, my strength up.

“It’s a little sad knowing this is the last time I’m going to step out (on the mat) for Catholic League. But it’s been a great four years.”

It’s also been an unusual journey. O’Connor had a natural progression, winning at 106, 132 and 145 the past three years. But Riojas was bigger as a freshman than his fellow four-time champ is now.

One of the first-time champs made the most of his second chance, as Providence’s Jake Lindsey (29-3) beat McNamara’s Pauley Keane 13-3 in the 106 final.

“I wrestled him a couple weeks ago and it didn’t work out for me,” Lindsey said. “I wanted to prove to everybody it wouldn’t happen again. I was up, I got turned and pinned. It was ugly.”

“I’ve said it before, I think it’s the toughest conference tournament in the country,” Reynolds said. 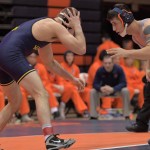 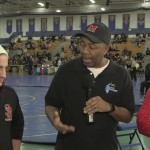