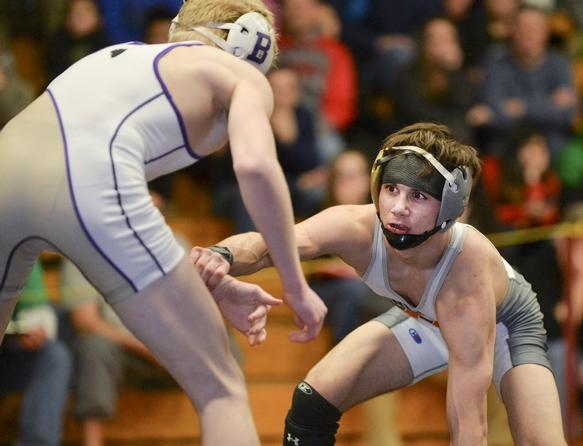 WASHINGTON — The Punke brothers are headed to state.

All four of them.

In front of the home crowd at Saturday’s Class 2A Washington Sectional, the 113-pound junior Dack, the 138-pound sophomore Blaize, the 160-pound senior Ryder and the 195-pound freshman Jace all qualified for next weekend’s IHSA State Tournament.

“We’ve been dreaming about this for years — all four of us down at state, warming up together in the tunnel,” Dack said. “Now it’s a reality, and I can’t wait to go down there with all my brothers.”

The Punkes were four of 11 state qualifiers for Washington, which is ranked No. 1 in Class 2A.

On their home mats on Saturday, the Panthers won five sectional titles and had two second-place finishers, but the Punkes highlighted the day.

The junior Dack and senior Ryder led the way as each won sectional titles.

Dack cruised through the 113-pound bracket as he won by a 10-0 major decision in the final, while Ryder won his first career sectional title as the 160-pounder won by back-to-back 4-2 decisions in the semifinals and title match.

The sophomore Blaize finished second at 138 pounds, while the freshman Jace placed fourth at 195 pounds.

“We’ve been waiting for this since we’ve been little kids,” Ryder said. “We knew coming into high school that my senior year we would all be on the same team, so having us do as well as we have is just a blessing.”

The Punkes were far from the only Panther wrestlers to shine on Saturday.

“Last year, we brought down 10 (to state) and this year we’re bringing down 11, so it’s going to be a fun experience,” Dack said. “Last year was great, but this year is going to be even better.”

Geneseo senior Hunter Grau has accomplished a lot in his four years in high school.

The 145-pounder has won conference titles, regional titles and even a state title.

On Saturday, however, Grau earned the one thing he was missing — a sectional title.

Grau — who won last year’s 2A 138-pound state title — rolled through his bracket Saturday and claimed his first sectional with a 24-9 technical fall over Washington’s Ethan Reel in the championship.

“I’m a four-time sectional finalist, but this is my first sectional title and it feels great,” Grau said. “But the big test is next week and the state title run.”

Grau, who gained state-wide notoriety last week when he gave his regional title medal to a child with Down syndrome, intends to keep his first and only sectional champion medal to complete his collection.

Grau was one of three Geneseo wrestlers who won a sectional as senior Justin Scott was victorious at 195 pounds, while junior Zach Humphrey won the 220-pound title.

Many other wrestlers excelled with sectional titles on Saturday. 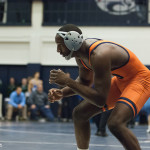