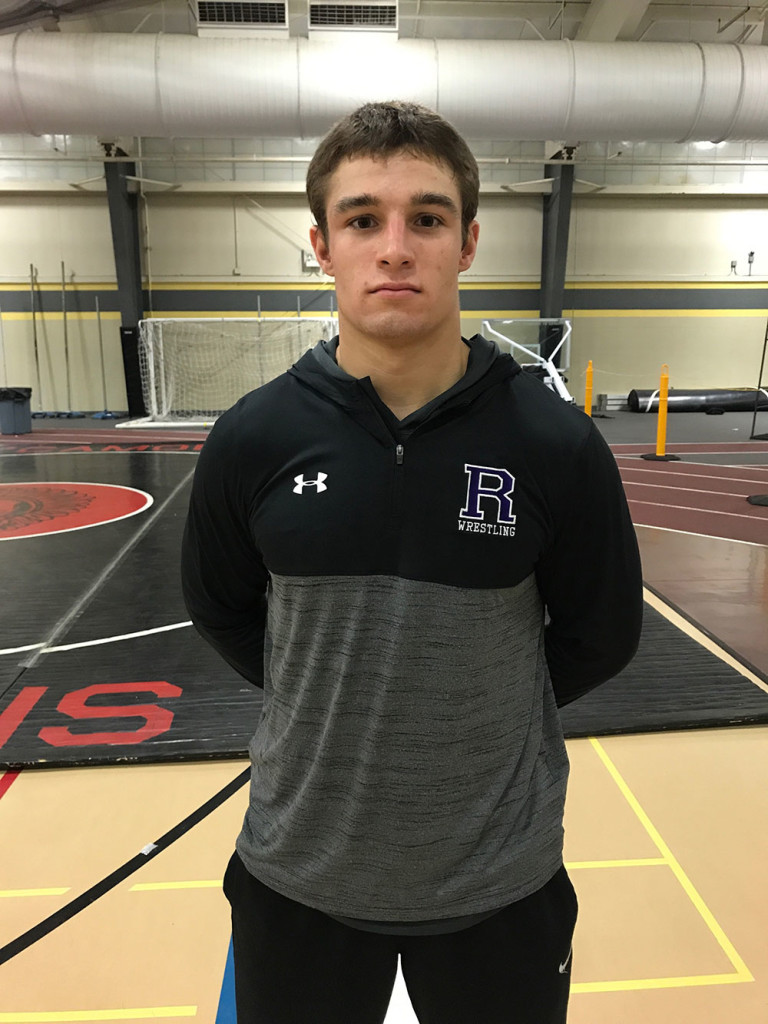 After the 195-pound Rochelle senior finished fourth in Class 2A 182 pounds last season, the Hubs star put more of an emphasis this winter on the head game of the sport.

“I’ve really focused on the mental part of it this season and preparing for every match,” Harvey said. “I’ve been more prepared to go out there and be ready for anything that anybody throws at me.”

So far this season, Harvey has been up for and mentally prepared for any challenge.

After Harvey won Saturday’s 2A Sycamore Sectional, he improved to 40-1 this season and was seeded by the IHSA as the No. 1-ranked 2A 195-pounder heading into this weekend’s IHSA State Tournament.

“I obviously want to do the best that I can, and I want to end up on the top of the podium,” Harvey said, “but I’m going to wrestle each match to the best of my ability and treat it like it could be my last.”

Because, after this weekend, it likely will be.

A multi-sport star at Rochelle, Harvey is likely to play football in college and leave behind his love of wrestling.

“Wrestling in college is a beast to compete in, and I also really love football,” said Harvey, a star running back and linebacker at Rochelle. “I love wrestling, but football is just more fun for me.”

That makes this weekend – and this season – even more special.

After a solid first two years of high school wrestling, Harvey broke through last winter as he qualified for his first state tournament and won his first-round match, but Harvey lost in the quarterfinals to end his dream of a state title.

However, he bounced back as he fought all the way back to bring home a fourth-place medal, which was Rochelle’s first state medal since 2009.

“It was disappointing losing in the quarterfinals but leaving with a state medal is still a whole lot better than nothing,” Harvey said. “It really taught he how to bounce back from a disappointing loss, so being able to still bounce back and place was really big for me.”

Harvey is aiming to do even better this weekend at state. He’s ranked No. 2 in the current Illinois Matmen GO EARN IT 2A 195-pound rankings, is aiming for the Hubs’ first state title since 2003 and only the third state title in program history.

“If I won, it’d be a moment that I’ve dreamed about forever – since I was a little kid,” Harvey said. “It’d be such an exciting moment, but I still have a long way and a lot of work to do to get there.”

Harvey enters the state tournament with just one defeat, which came against Yorkville sophomore and 3A No. 3-ranked Nick Stemmet in the finals of the Northern Illinois Big 12 Conference Tournament.

The defeat showed Harvey that he has to be ready to compete at all times.

“Anything can happen at the state tournament, so you have to be prepared for anything,” Harvey said. “Anyone can beat anybody at any time. You have to take rankings with a grain of salt. You have to wrestle every match like it could be your last.”

This weekend will be the culmination of Harvey’s wrestling career, a family sport in which he was unquestionably going to participate.

“Wrestling was just part of our family, so there was never a doubt as to whether or not I’d wrestle,” Harvey said. “I’ve had ups and downs and have wanted to give up a few times when I was younger, but you just have to push through and find ways to motivate yourself. I’m really glad that I stuck with it.”