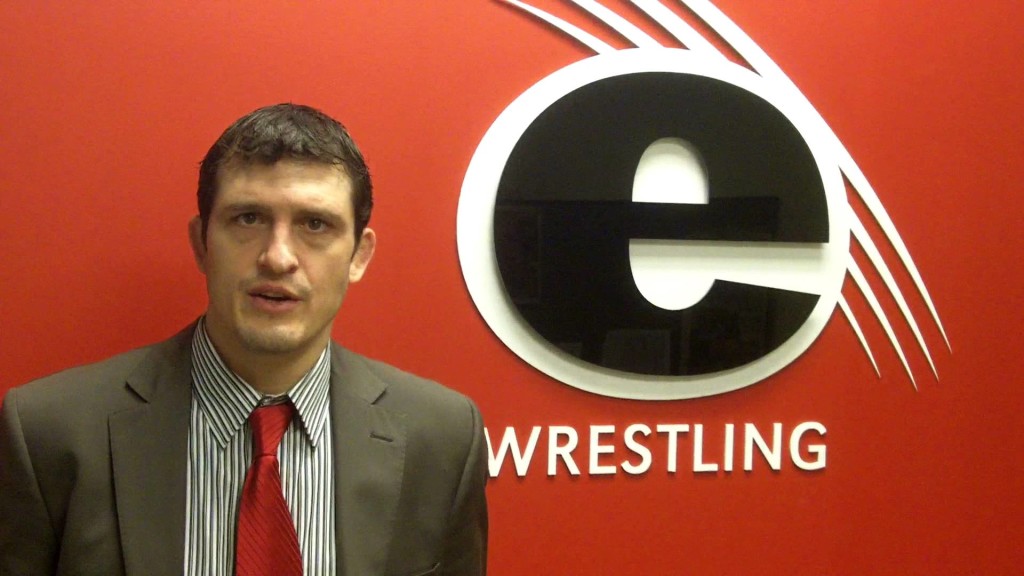 It was SIUE’s biggest win against an NCAA Division I program since joining the Southern Conference and the largest dual meet margin of victory against a conference opponent.

The Cougars won eight of the 10 matches contested, including three major decisions and the two pins.

“That was something were very excited about,” said SIUE Head Coach Jeremy Spates. “Any time we are seeing pins, that’s huge. When you are getting bonus points with pins and majors, that’s what wins tournament and dual meets.”

SIUE improved to 4-10 overall and is now 4-1 at the Vadalabene Center. VMI dropped to 3-8 overall. The Cougars moved into a tie for fourth place in the SoCon standings and will face the Camels next Saturday on Senior Day at noon.

Nagel’s victory put the VMI match out of reach when he picked up the fall in 4 minutes, 47 seconds against Derek Thurman at 184 pounds. It was the seventh straight win for the senior.

Nagel said two wins in front of him by Nate Higgins at 165 pounds and Connor McMahon at 174 pounds got him motivated.

Dakota Leach put the Cougars on the scoreboard first with an 11-6 victory over Dominic Gallo at 133 pounds. He was followed by major decisions from John Muldoon at 141 pounds and John Fahy at 149 pounds.

Johnson closed out the dual with a 2:53 pin over Urayoan Garcia at heavyweight.

“Our early schedule was tough, but we tried to be strategic at the end of the year,” he said.

It was Alumni Day for SIUE wrestling with numerous former wrestlers being introduced to the crowd at the Vadalabene Center, including Hall of Fame Coach Larry Kristoff. Spates said he was pleased with turnout and was happy his team provided an exciting match.

“They (the alumni) do a great job of keeping up with us,” Spates said. “We really appreciate them coming out. I think it was a fun dual meet to watch for everybody.”