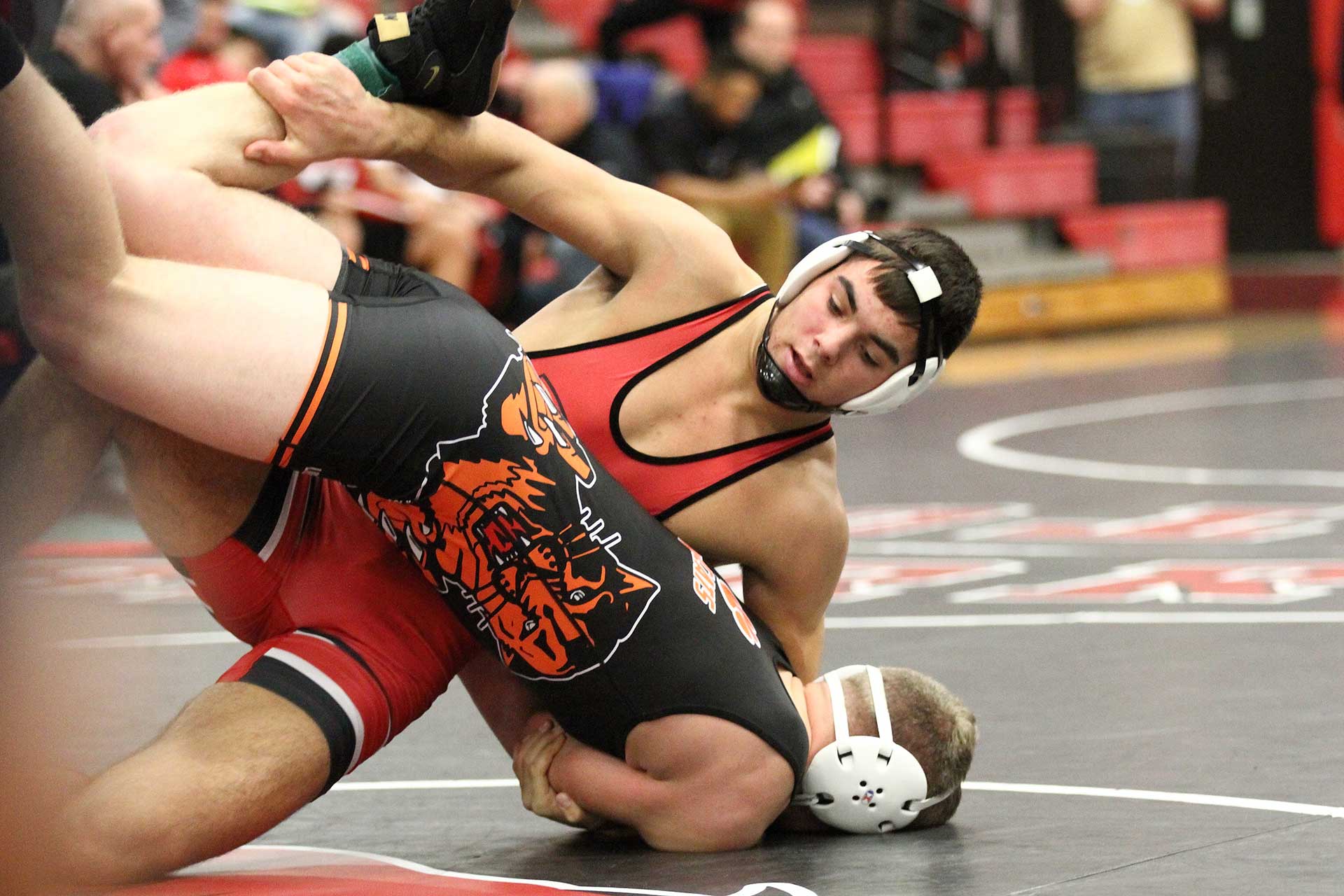 The dynamic among brothers in a wrestling family follows a historically common plot, probably from the Punkes and the Zemans to the Reynolds, Ruettigers and Osters.

That plot tends to include broken lamps and televisions in the family home, the inevitable bloody nose or a cut under an eye, and ends with parents separating the culprits into different rooms to cool off.

Nick and Ben Stemmet are no different. The twins and high school juniors entered the Yorkville wrestling program with solid kids’ club resumes and both were varsity wrestlers as freshmen for coach Jake Oster.

Oster learned an early lesson about the Stemmet brothers that season.

“Their freshmen year they weren’t drilling together so I said ‘Ben, go drill with Nick’,” Oster said. “That night or maybe the next morning, their mom emailed me and said ‘Hey coach, it’s probably not a good idea for those two to drill together’.”

Ben Stemmet laughed when reminded of the incident.

“Nick and I are like best friends but we’re also real competitive,” he said. “We tried again this year to practice but we just started fighting on our first day in the room together. But we grew up joined together our whole lives and I also think that’s why we compete at a high level.”

The Stemmets weighed roughly the same as freshmen and Nick went 37-10 at 170 pounds, finishing one sectional win away from advancing downstate. As a sophomore last year, Nick truly put himself on the map, wrestling at 182 and reaching the Class 3A state title mat in Champaign.

Nick lost to state champion Jack Jessen of Willowbrook and finished with a 39-6 record. The experience was a building block.

“He took Jessen down during that match,” Oster said. “Nick lost to him something like 10-2 earlier in the year so I think getting to the finals and getting that takedown proves to him that he belongs with the top guys. He’s been training all spring and all summer and I think he’ll be right there again.”

The Stemmets also play football for Yorkville but they spent Sundays in the wrestling room along with teammates Joey Roberts and Brady Fisher. The extra work helped, as Nick cruised to a title at 195 pounds at Barrington’s season-opening Moore-Prettyman tournament.

“I was looking to pin my way through the tournament, which obviously didn’t happen,” Nick said. “But the biggest thing for me is just to dominate every match, and not show any kind of weaknesses, even at the end of a tough match. I want to keep putting it on my opponent.”

Currently ranked second in Illinois at 182 by Illinois Matmen, Nick is glad he and his teammates stayed committed to wrestling during football season.

“In prior years I haven’t had a lot of preparation,” Nick said. “I didn’t take on that two-sport aspect of things. This year I have high expectations for myself, big goals, so it’s something I knew I had to make happen. I can already see it paying off.”

In his freshman year, Ben wrestled at 160 pounds but struggled that season, winning only six matches. And after dominating at the kids’ club level, those freshman-year struggles got to him.

“I think mostly it was confidence,” Ben said. “I think that’s pretty common for most kids going from youth wrestling to high school. I was pretty successful as a youth wrestler and then my freshman year I started to lose, and I started to become negative and less confident.”

One year later, Ben was a whole different wrestler, winning 35 matches and qualifying for Champaign at 195 pounds. Unfortunately, Ben came down with the flu and was throwing up for four straight days leading into Champaign, where he went 1-2.

After the season, Ben was named Yorkville’s Most Improved Wrestler.

Last year, Ben began the season wrestling 182 with Nick at 195, but Nick decided he wanted to go 182 for the state series so the ancient brotherly dynamic came into play again.

Currently ranked in Matmen’s top 10 at 195 pounds, Ben wrestled 220 at Barrington and reached the title mat, where he led Stevenson’s Max Gomez before Gomez turned the tide and won by fall.

Snakebit by the flu at the end of last season, Ben was snakebit for a different reason to start this season. Two weeks before the Barrington tournament, the Stemmets were involved in a hit and run accident that put Ben in concussion protocol. The Stemmets were rear-ended near their home by a drunk driver who fled the scene and was thereafter apprehended after flipping his car.

Was there any temptation to chase down the driver of the other car?

“That was the first thing (Nick) said,” Ben said. “But I was like, ‘No. Calm down’. We were right by our house so we just called our parents. Our car was totaled.”

Ben thus couldn’t practice in the weeks leading up to Barrington and he’s still working on getting back in wrestling shape.

Nick may end up at 182 and Ben may stay at 220 pounds, but those decisions will be made later in the season. Teammate Brady Fisher won 41 matches at 220 last year but he’s currently absent from Oster’s lineup due to injury.

With returning state qualifier Roberts at 152, Zach Katula at 160, and a sophomore with potential in Manny Cervantes at 170, Yorkville’s middle through upper weights could be rock-solid by season’s end. Matmen currently has the Foxes ranked 10th in Illinois.

“Our lineup has some holes right now but by the end of the season, I think we’re going to be strong,” Nick said.

“Not too many teams have that many solid guys at those upper weights, so we’re fortunate,” Oster said.“Once we get everybody in the lineup at the weights we need them at, I think we’ll be a pretty good team.

“I think we’re a better tournament team than we are a dual meet team because we have a couple holes, but come tournament time at regionals I think we can put eight or nine guys in the finals.”