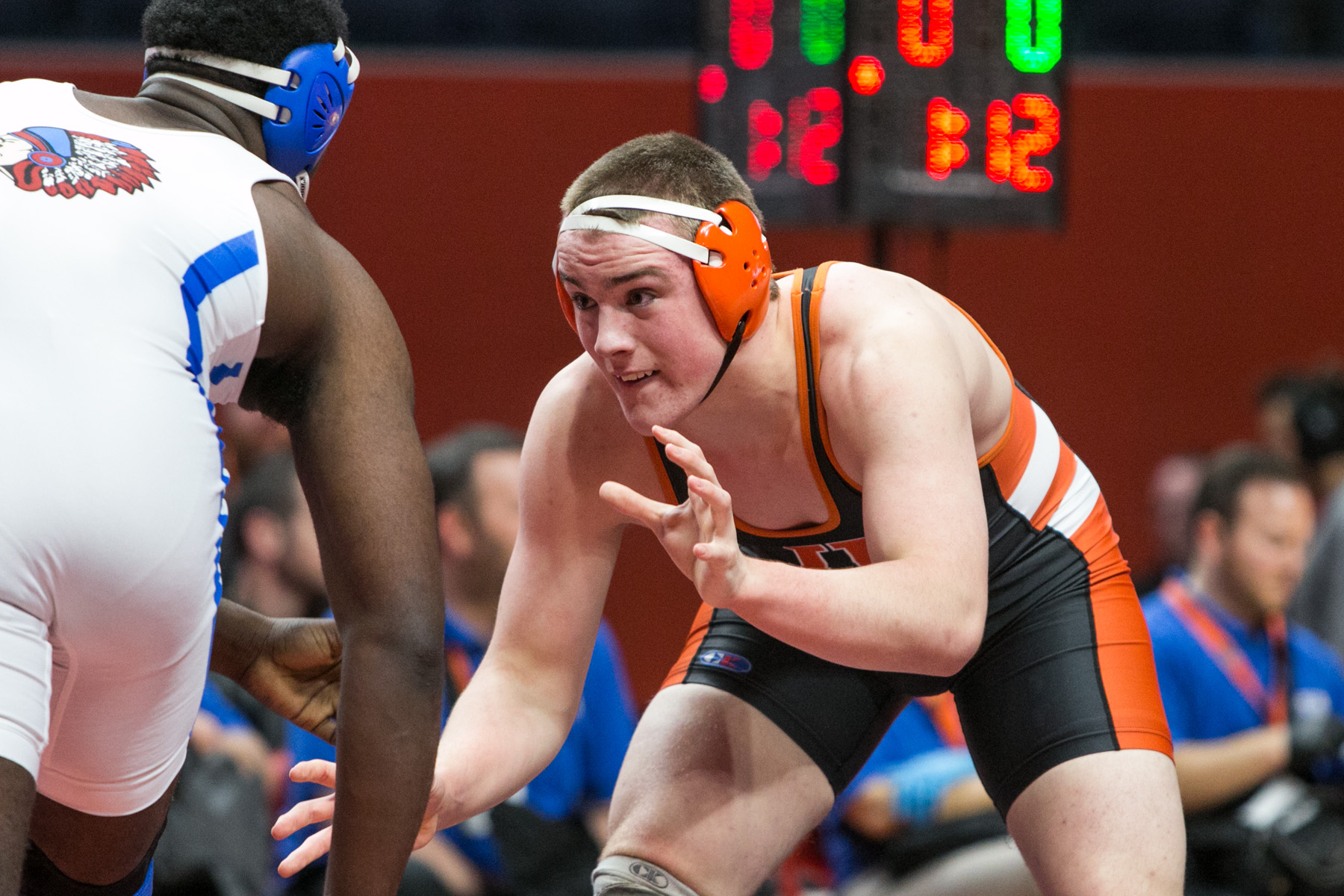 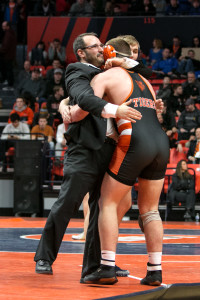 Luke Luffman defended his turf Saturday in more ways than one.

A 220-pound Urbana junior and a University of Illinois commit, Luffman bested the field at Saturday’s IHSA State Tournament in Champaign as he won his second straight Class 2A 220-pound state title on the campus of his future college and two miles away from his current high school.

“It’s always great to not only do something for myself but to also do it for my team, my family and the town of Urbana,” Luffman said. “I’m just putting it all on the map.”

After Luffman admittedly unexpectedly won a state title last season, he left no doubt at this year’s state tournament.

As the No. 1-ranked 2A 220-pounder in the current GO EARN IT rankings and the No. 1-seeded wrestler by the IHSA, Luffman pinned his way into the title match which included a semifinal victory over Mahomet-Seymour senior Ben Stahl, who attends a high school located just 20 minutes away.

In the 2A 220-pound state title match, Luffman defeated Cahokia junior Jacob Bullock by an 8-7 decision.

“Last year was a lot scarier because I really wasn’t picked to win it,” Luffman said. “This year, I just had to come out and wrestle my best, and that’s exactly what I did.” 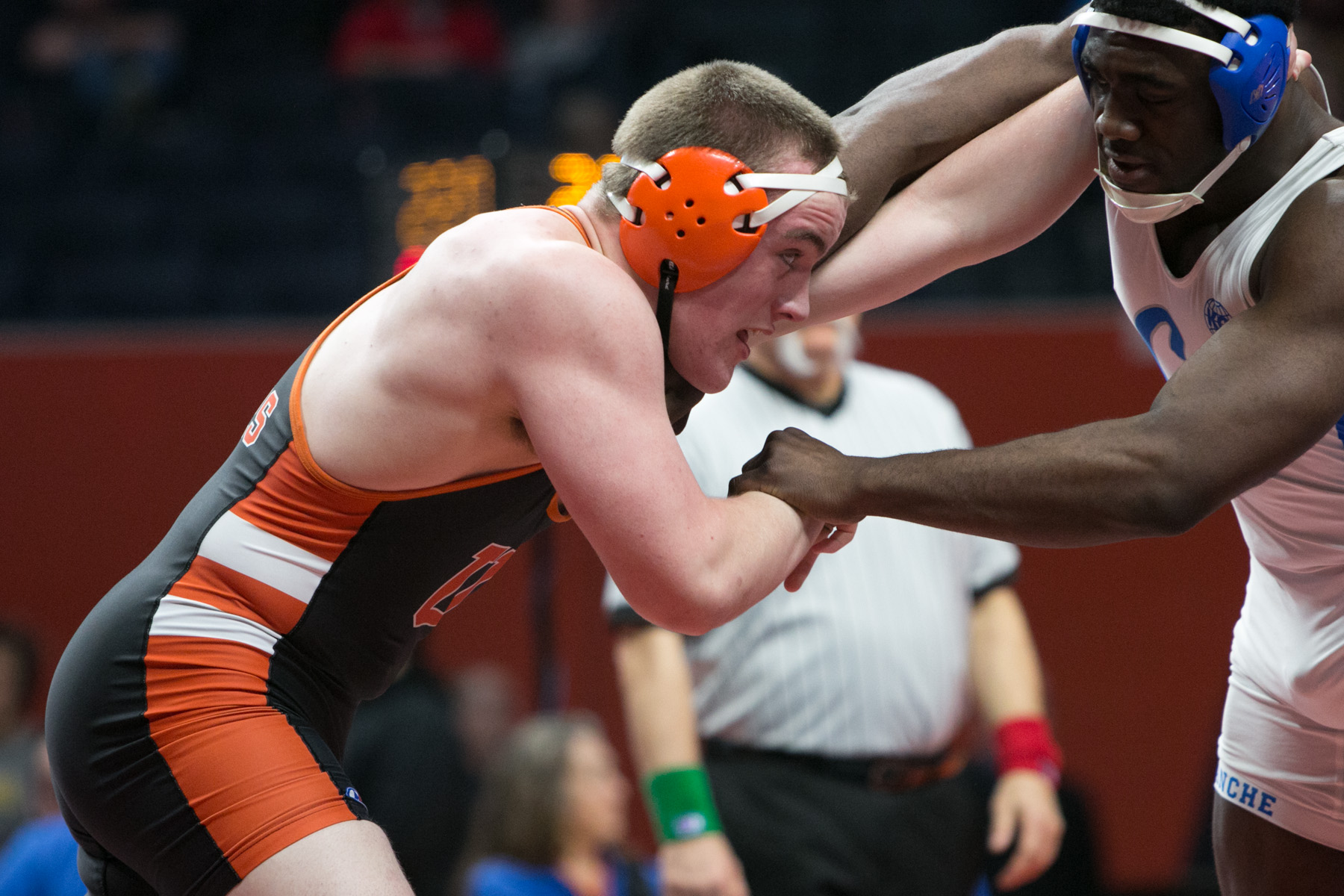 After Luffman beat Bullock in the 2A Lincoln Sectional, the Urbana star prevailed once again as Luffman built an early lead and rode it to victory despite giving up a late third-period takedown that made the score seem closer than it was.

“I wrestled him in the sectional, and it wasn’t as close,” Luffman said. “Yeah, I did give up some points at the end, but I gave myself a nice cushion and I’m glad it paid off.”

It gave Luffman the state title in his own backyard and Urbana its first two-time state champion since 1986-87.

“I really enjoyed how everyone was coming after me this season,” Luffman said. “One of my quotes for the season was, ‘Pressure is a privilege.’ Only a few guys have that pressure on them, but I always like to think that I perform well under that pressure.”

If Luffman can win a third state title next season, he’d be the first Urbana wrestler to ever do so.

“To be able to win another title next year will require the same amount of hard work and time that I’ve put in the past two seasons,” Luffman said. “The kid who I just wrestled is a junior also, so we’re probably going to have some showdowns again, and I can’t wait for that to happen.” 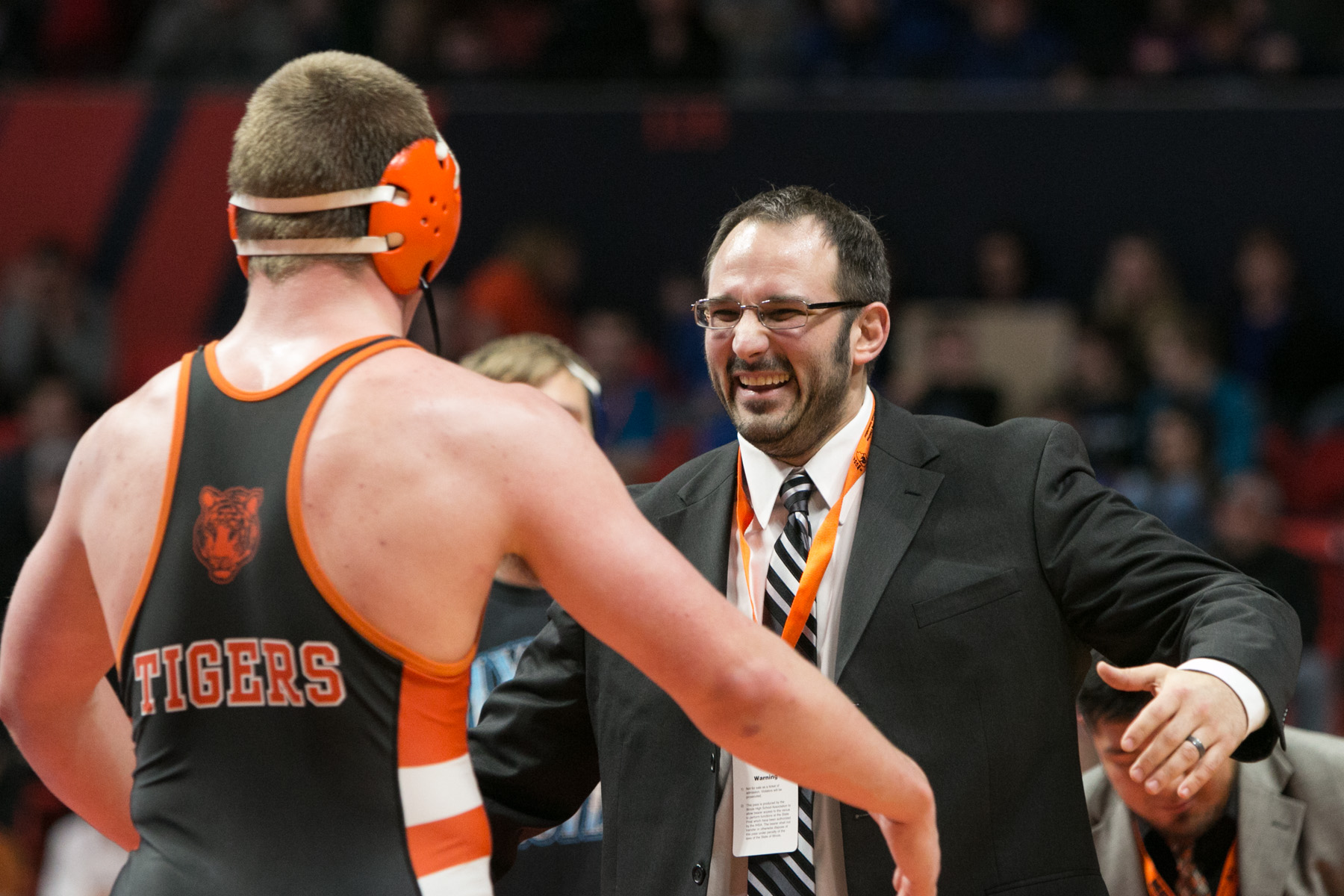 With the University of Illinois coaching staff in attendance throughout the weekend – including head coach Jim Heffernan – Luffman made his future home proud.

“I felt like the U of I was where I could achieve my goals at the highest level,” Luffman said. “They are really supportive of me, and I am so thankful for all the coaches to give me a shot.”

On Saturday, despite all the nerves and build up, Luffman made everyone proud.

“It’s always such a stressful weekend regardless of whether you’re a parent, a fan or a wrestler,” Luffman said of the state tournament. “It’s stressful, but it’s a good type of stress.”