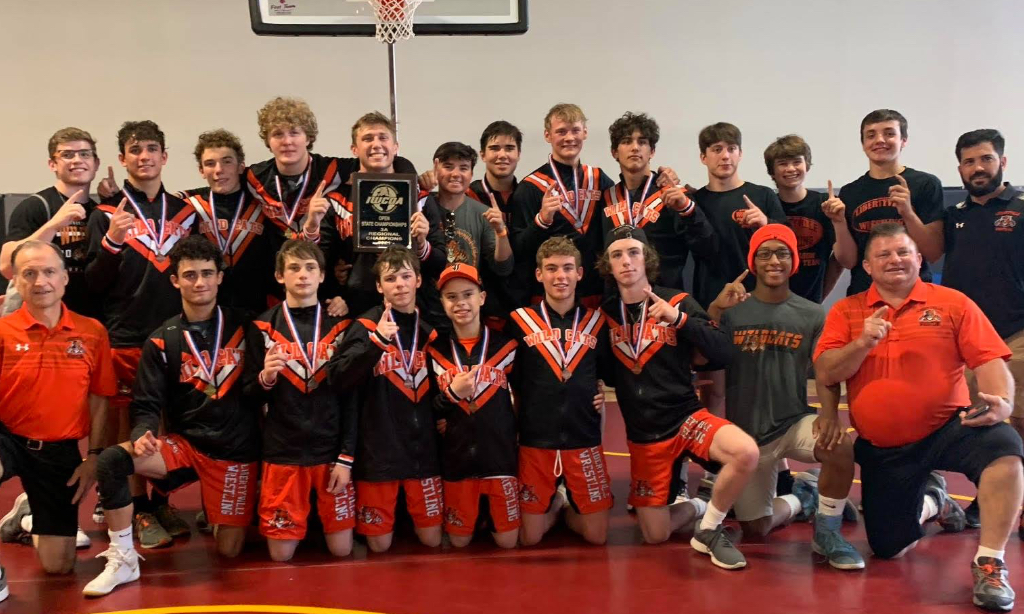 Huntley would finish as the number-two team coming out of the regional, and, like Libertyville, they too qualify for the I.W.C.O.A. Dual Team Championships in two weeks.
The Red Raiders would place four guys in the championship match and come away with three champions. One of Head Coach BJ Bertelsman’s seniors, a returning state place-winner and currently number-two ranked 138-pounder, Jeremy Jakowitsch, would close out his final regional with a championship over Taft’s Joey Arroyo in the form of a dominant 5-0 decision.
“Jakowitsch took third place in state last year,” Bertelsman said regarding a senior who has been successful and the difficulty of the late season, “and not having the regular season and missing Fargo with an injury last year pushed him back recruiting-wise. Usually with a third-place finish in Illinois in the large class, you get more attention. He didn’t maybe get the attention he deserved. He stuck it out and has only lost one match this year—Tommy Curran of Dekalb up at 145—and it was a double overtime match. He is ready to go for the rest of the season and I am happy to say he’ll be committing to Mizzou.

He will be a Tiger and that made my week. I feel for all those seniors who maybe fell off those recruiting radars before the pandemic since it was hard to get on there.”
Bertelman’s other two champions were Jake Jensen (126), and Ryder Hunkins (195). The Red Raiders also had four wrestlers in the consolation finals. Sam Henkle (120) would place third, while Shane McGuine (113), senior Jason Coleman (170), and Aadi Patel (182) would each place fourth.
“I think we did pretty well,” Bertelsman said of his team’s finish, “and the support they gave each other was great. I had a lot of young kids in my lineup and getting them some tournament experience was nice. It’s easy to sit around and wait your turn at a dual and wrestle your one match and sit down, but I think a tournament experience is much different for any wrestler than a dual experience. So, I was happy to get a bunch of kids into it today. I think I had a mix of twelve juniors, sophomores, and freshman— just two seniors. We built this whole year up as getting ready for next year and I think today helped that come full circle with getting tournament experience. I enjoyed it.”
Bertelsman was also very complimentary of the I.W.C.O.A. in making sure a state series was put in front of this season’s wrestlers.
“I give nothing but praise to the I.W.C.O.A.,” Bertelsman said. “I think the they totally stepped up and they gave us a chance to wrestle. I am grateful that my fourteen wanted to do it and, hopefully, all goes well at sectionals and we’ll see how the state tournament goes. I was totally happy with today. I would like to thank the I.W.C.O.A. for the opportunity to wrestle—bring on Sectionals 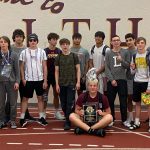 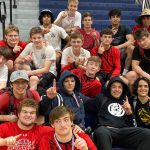