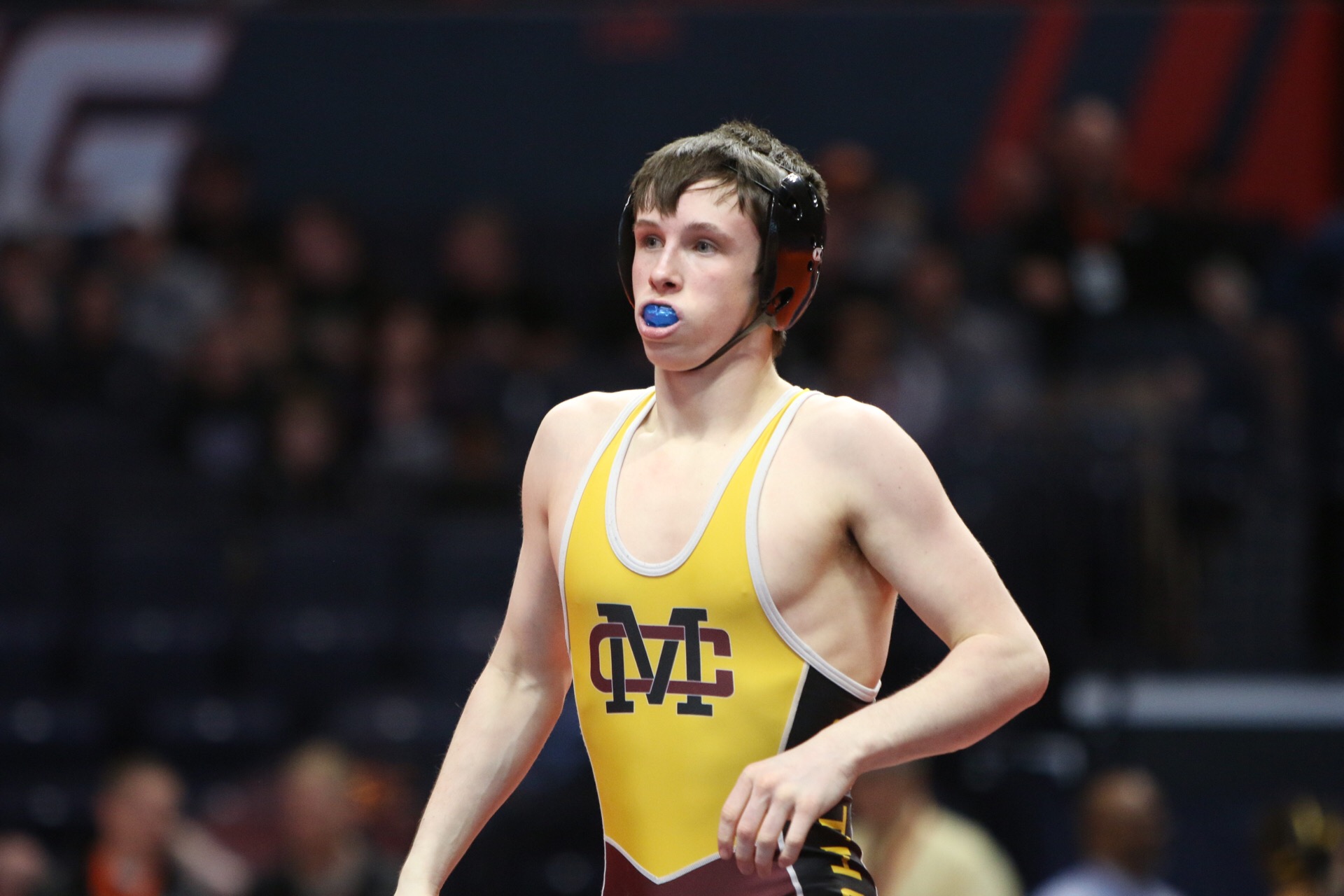 “I have some great coaches at Montini Catholic that helped me believe in myself in the darkest of times,” said Ragusin, now a 113-pound sophomore. “I may have been down for awhile, but I was never out.”

Nearly a year after his state-title match loss, Ragusin proved just that.

In Friday’s Class 3A 113-pound quarterfinals at the IHSA State Tournament in Champaign, Ragusin won the most-anticipated quarterfinal of the tournament.

In a No. 1 vs. No. 3 showdown, No. 1-ranked Ragusin pulled out a hard-fought 4-2 decision against Lockport junior and No. 3 Matt Ramos.

“I’m excited to prove that I’m not a one-show pony and that I can win big matches,” Ragusin said. “I wanted to come out here and dominate.” 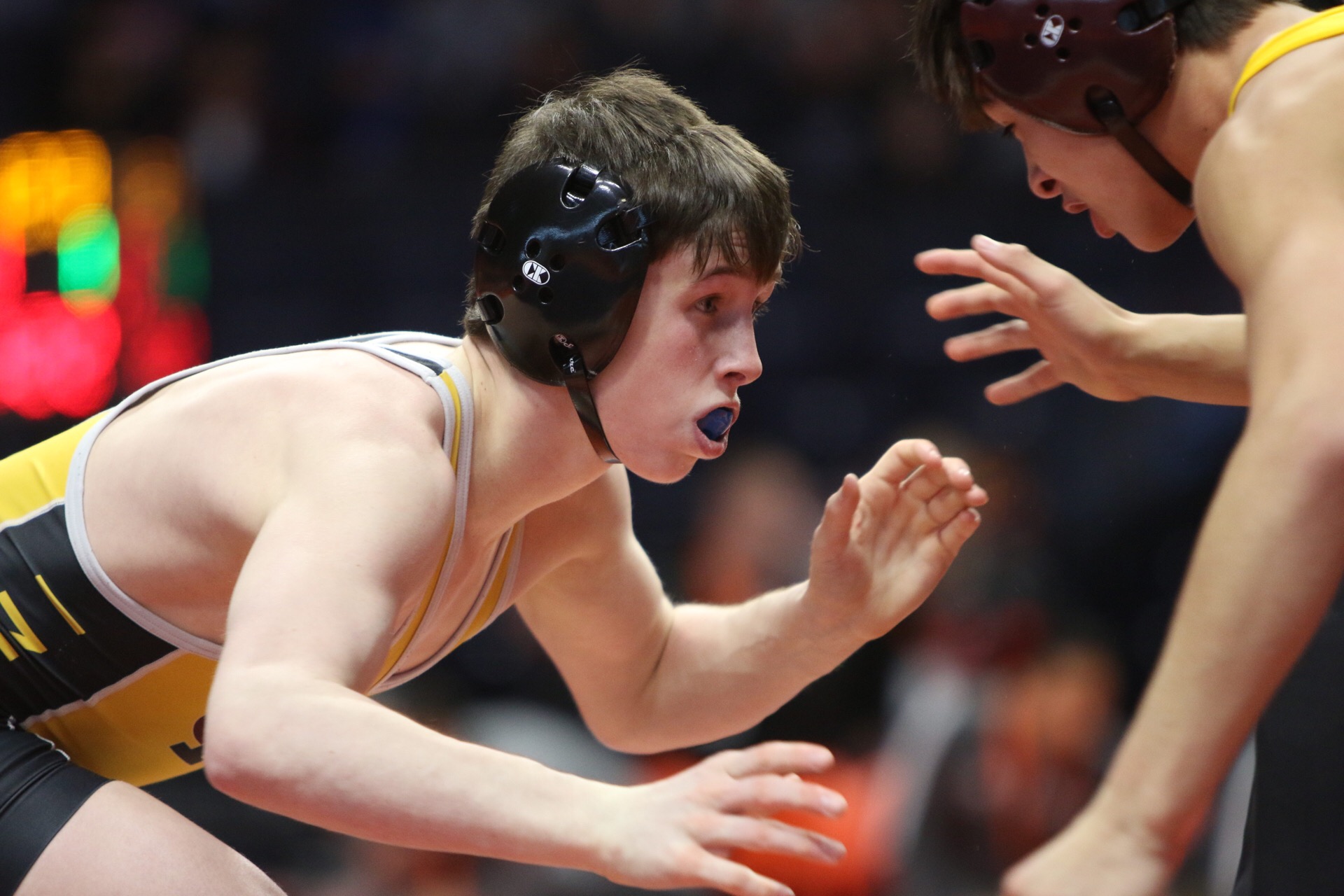 Ragusin did just that as he built a four-point third-period lead and held on to advance to his second straight state semifinal.

“Every match is the same to me, regardless of where my opponent is ranked,” Ragusin said of the big-time early-tournament matchup. “I just want to come out, get to my attacks and to my stuff. Whenever you want to sit back and let the other guy dictate the match, that’s when big names go down – especially in the state tournament.” 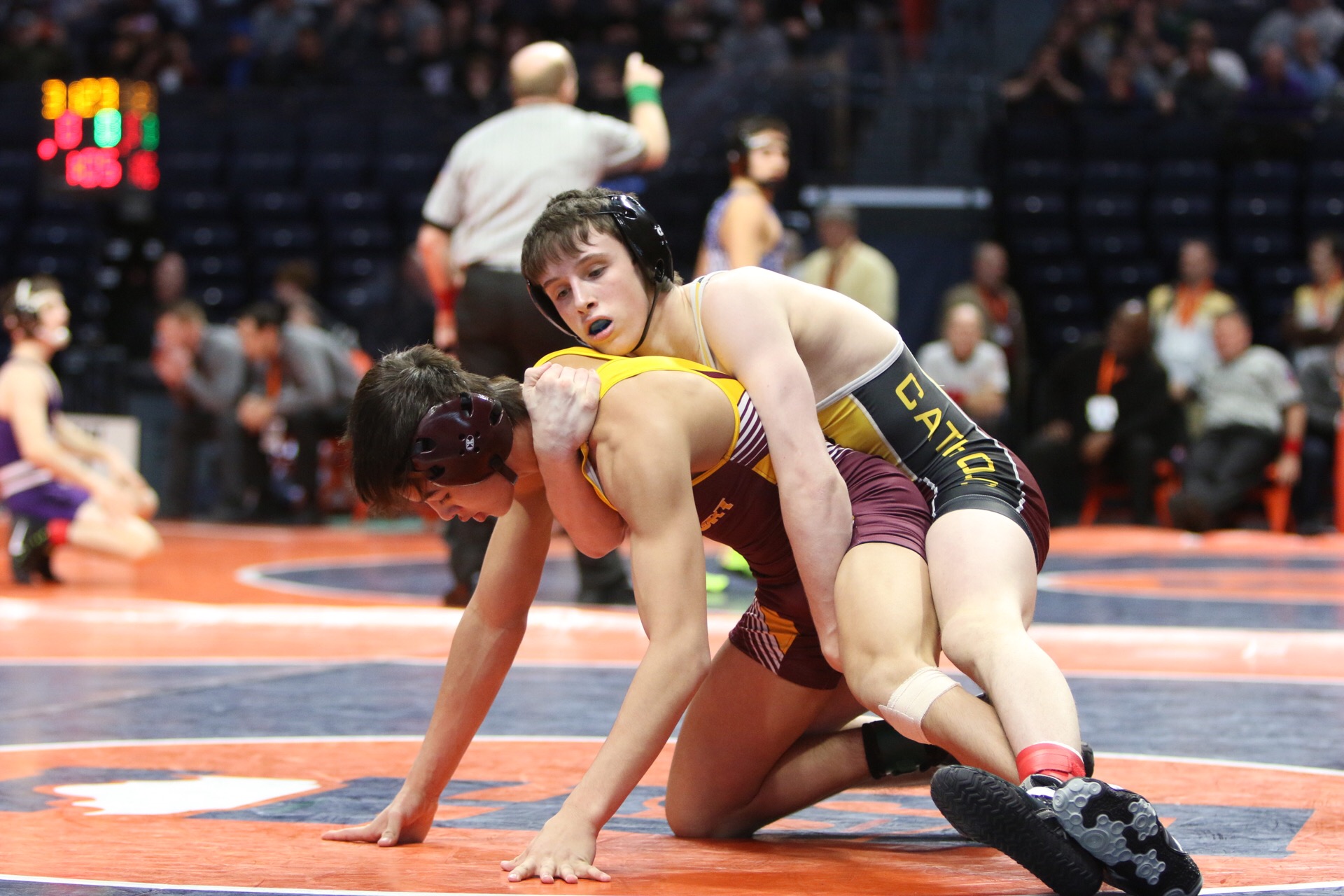 After Ragusin and Ramos battled to a scoreless first period, Ragusin chose down to start the second period. He quickly escaped to take a 1-0 lead, which he held into the third period.

“I really wanted to get a takedown in the first period, but it was huge to score first,” Ragusin said.

With Ramos taking down to start the third period, Ragusin was able to ride his opponent and turned Ramos for a five-second near fall to take a 4-0 lead.

Ramos did find an escape with 19 seconds left in the match and Ragusin gave up a stalling point with two seconds left, but Ragusin held on for the 4-2 decision.

“I just wanted to stay calm and collected throughout the whole match,” Ragusin said. “You can’t panic even if stuff doesn’t go your way.”

On Friday afternoon, it did go his way to set up Friday night’s semifinal showdown against Plainfield South junior Enzo Silva.

“It’s exciting to be back in the semifinals,” Ragusin said. “A lot of guys want to buckle under the spotlight, but I try to embrace it.” 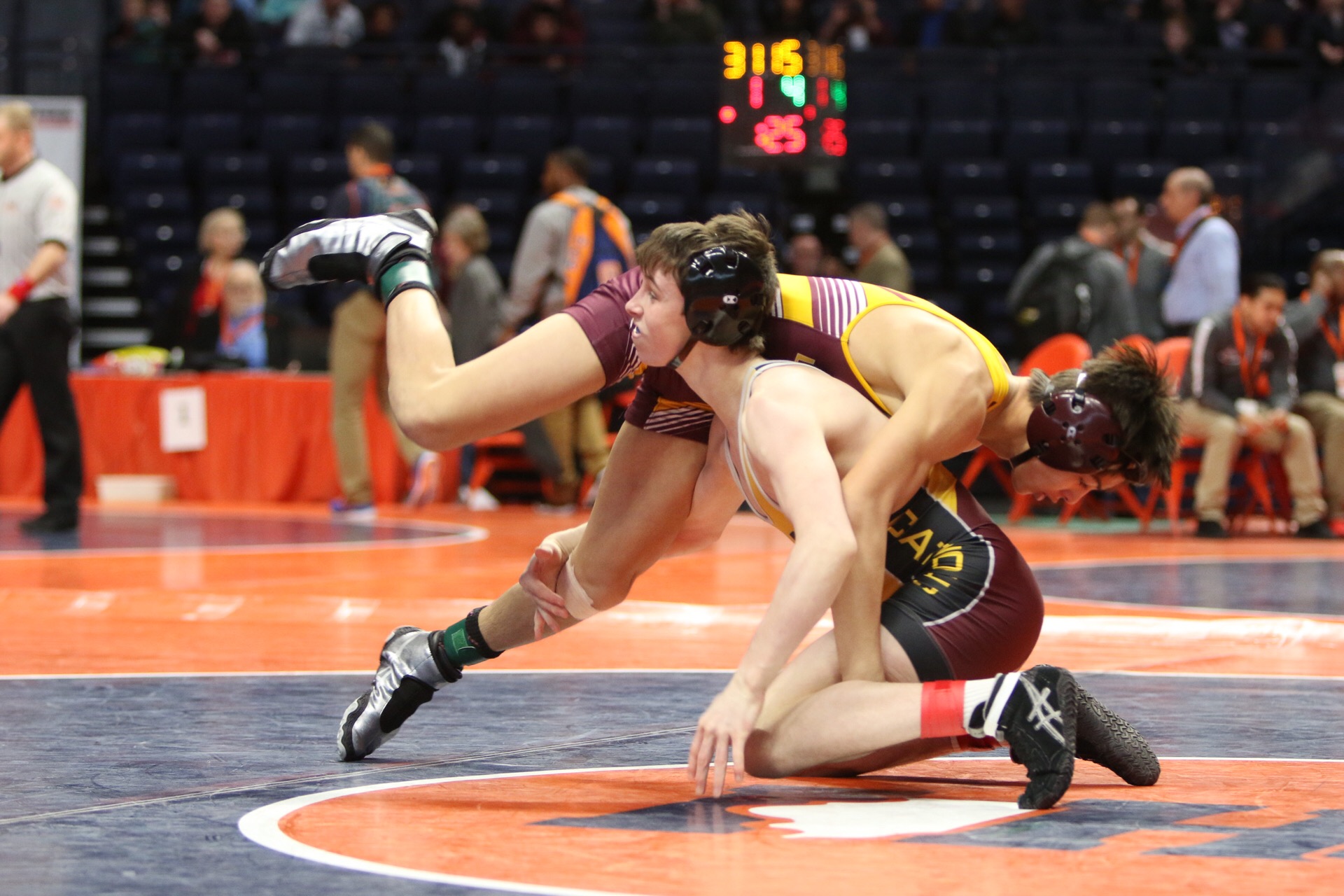 Ragusin and Silva haven’t faced each other this season.

The repeat trip to the semifinals shows how far Ragusin has come after last year’s heartbreaking state championship match defeat.

“It was devastating to lose last year, but I realized there was nothing that I could do to change the past,” Ragusin said. “The only thing I can do is focus on the future, so I’ve been preparing for this tournament for 365 days – ever since my loss last year. I’m excited to have a chance to come back and prove myself again.” 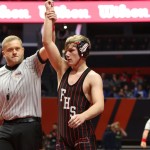