A 132-pound senior at Fulton and a two-time defending state champion, Fleetwood is ranked No. 3 in the current GO EARN IT Class 1A rankings – or a position multi-time returning state champions don’t usually find themselves.

“The kids ranked ahead of me have earned it and they’ve beaten me,” Fleetwood said, “so I totally understand it.”

Fleetwood doesn’t see it as disrespectful.

Instead, he sees it as a challenge.

“Not being ranked No. 1 just means that I can still work harder,” Fleetwood said. “I took some losses this season, but at the end of the day (the rankings) are just a number by someone’s name. I just have to keep working hard and believe in my heart that I’m No. 1.” 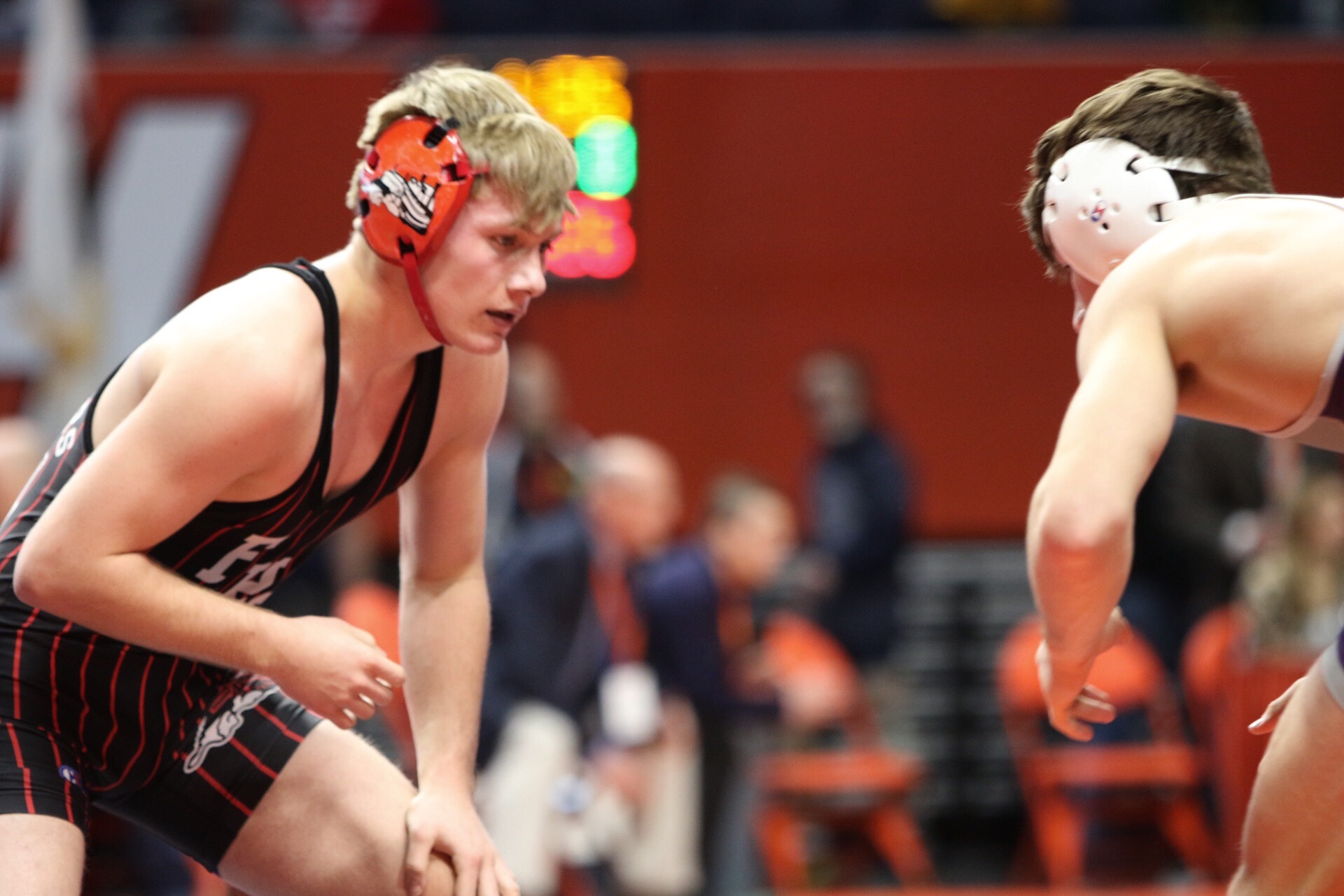 Competing in one of Class 1A’s deepest and toughest weight classes, Fleetwood will have the opportunity to do just that – prove he’s No. 1 again.

The victory cemented what will be a stacked semifinal round as the 1A 132-pound semifinals also features Stillman Valley senior and No. 1-ranked Jared VanVleet, Mercer County senior and No. 2-ranked Stone Engle, and Alleman freshman and No. 5-ranked Jack Patting.

Together, the four wrestlers all came out of last weekend’s 1A Oregon Sectional.

“I love wrestling tough competition because it makes me better and it makes them better,” Fleetwood said. “I’m excited to have this opportunity.” 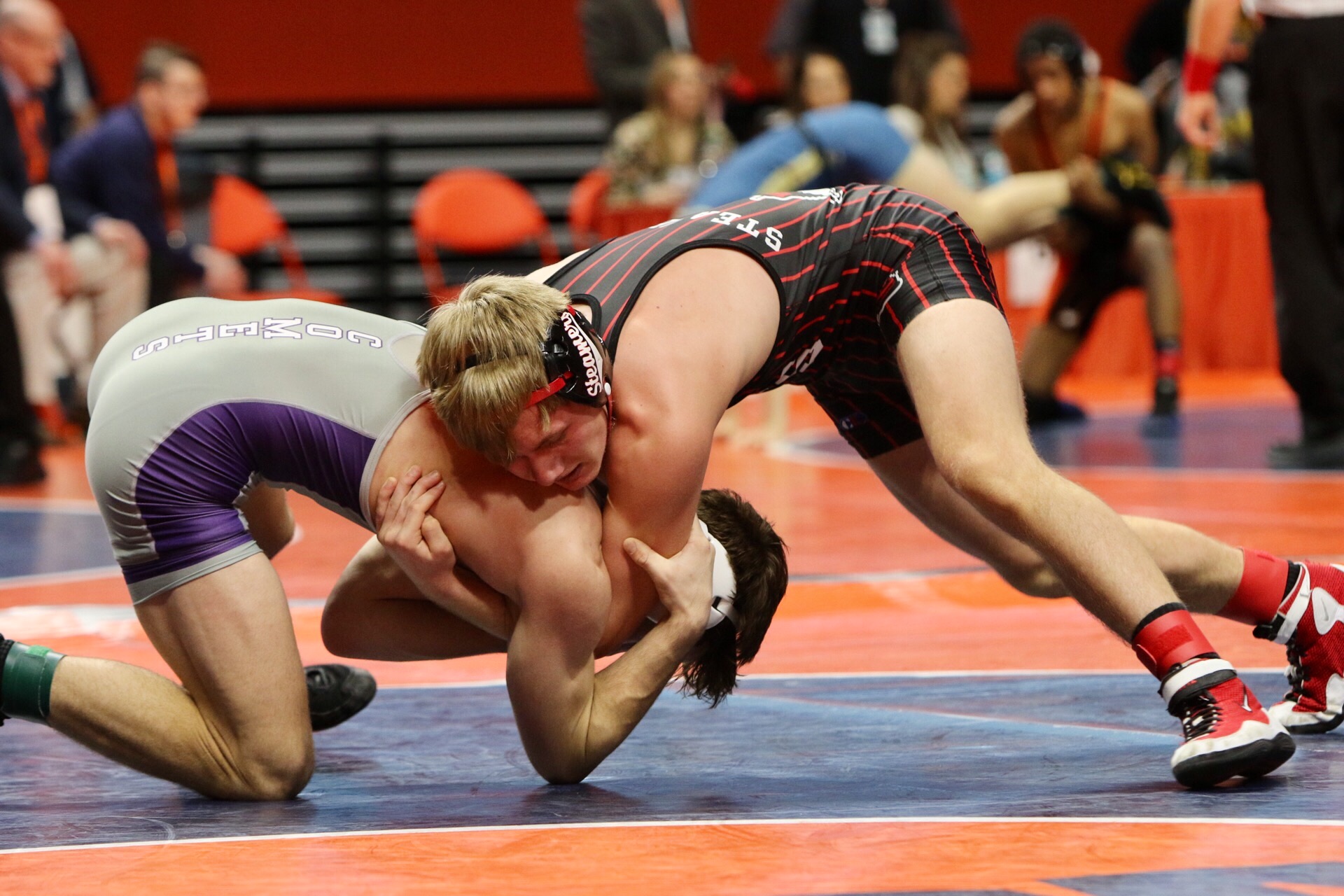 In Friday night’s semifinal, Fleetwood will face VanVleet, who Fleetwood lost to in the sectional semifinal by a 4-2 overtime decision.

“I just have to move my hands and move my feet,” Fleetwood said. “I can’t stop moving my feet because he’s so good on his feet. I just have to keep moving, control the ties and finish the match. I just have to find moves to get him out of position.”

“It was a crazy atmosphere to have all the top-ranked kids in the state at one sectional,” Fleetwood said. “I didn’t wrestle my best last week, but I had a good week of practice and I’m ready now.” 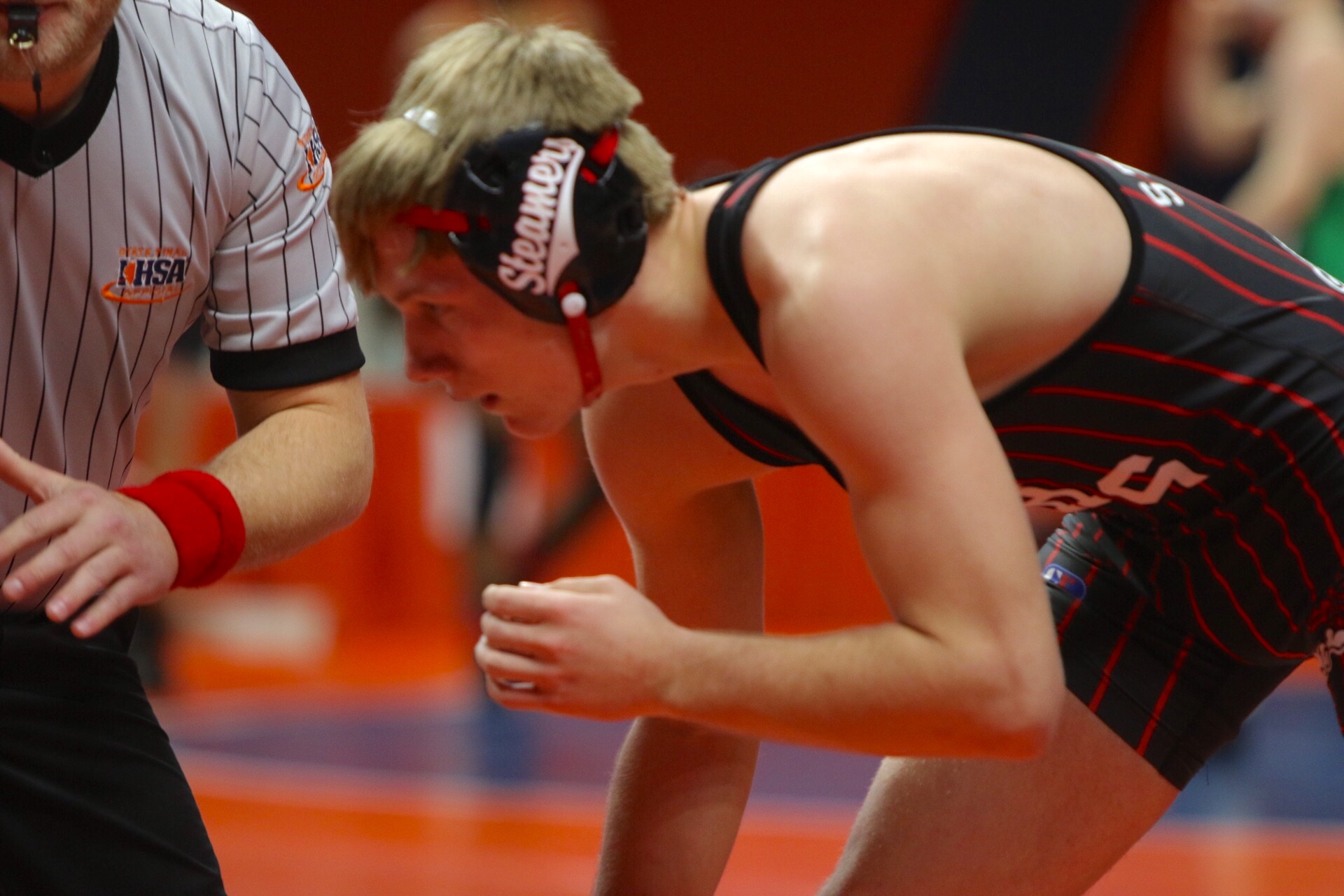 If Fleetwood is going to win his third state title, he will have earned it.

“If I win, it’d be mean a lot,” said Fleetwood, who’s plans to wrestle in college but is uncommitted. “It’s probably one – if not the most – stacked bracket I’ve ever been in. It’d be awesome to win and I’d be so happy. If I can win, it may be the most special title of them all.”

It’d mean a lot to both Fleetwood and his family, which includes his twin brother and 285-pound Fulton senior Taylor Fleetwood.

Last season, both of the Fleetwood twins wrestled for a state title with Tyler winning and Taylor finishing second.

“It’s awesome to have a brother to be able to do this with,” Tyler said. “Having that weight difference and having your brother also succeed in the sport, it’s a great feeling. 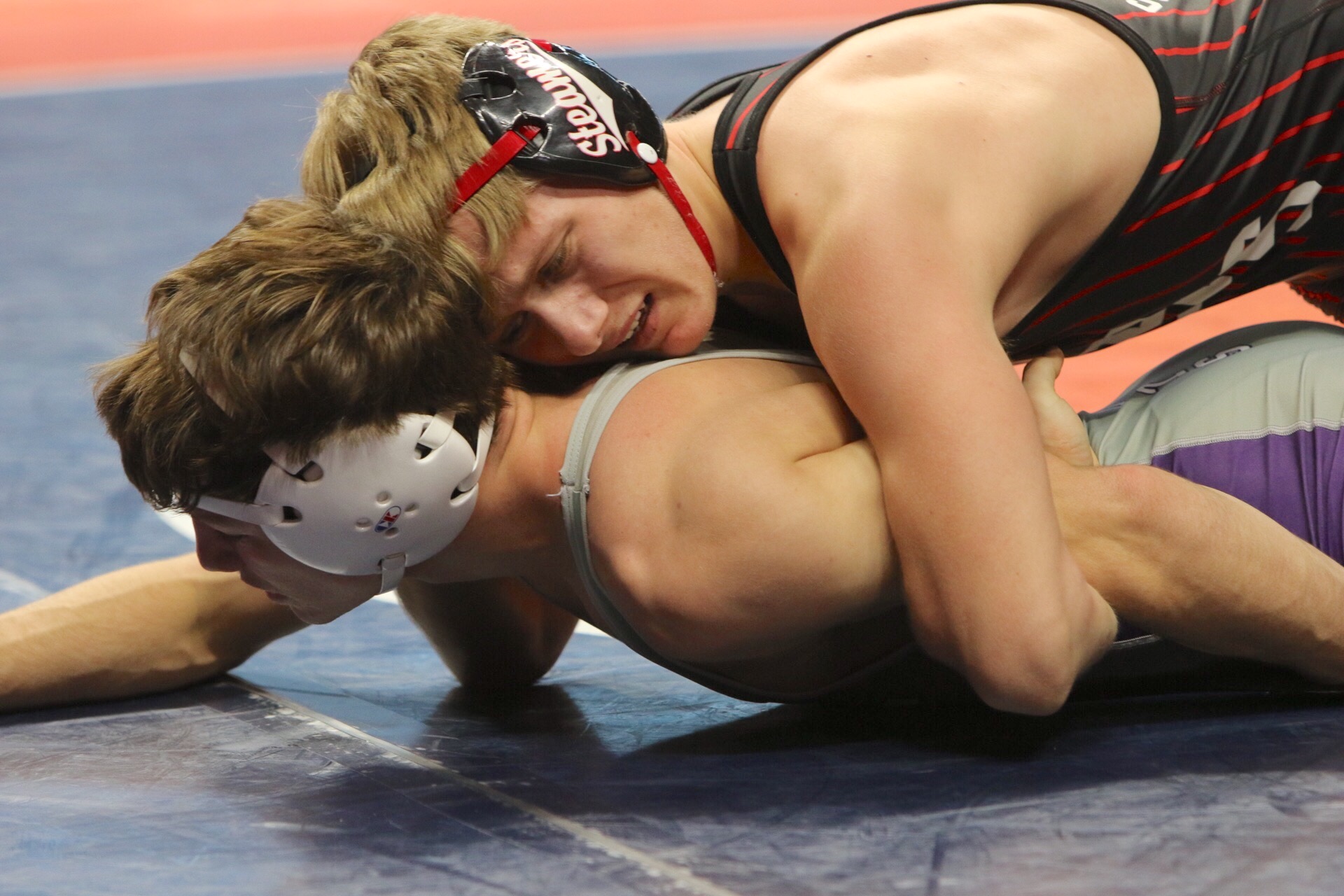 Besides being twins from Fulton, that’s about all the two have in common on the wrestling mat as they have a 153-pound weight difference and different approaches.

“He’s a different type of wrestler than me,” Tyler said. “He’s not so much of an attack guy. He tends to stay back and work off his opponent’s mistakes.”

Despite the difference in size and style, the question remains – pound-for-pound, who’s the better wrestler?

“He’d probably say it’s him and I’ll say it’s me,” Tyler said with a laugh. “We mess around in the room to have some fun, but that’s about all we do.” 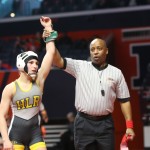 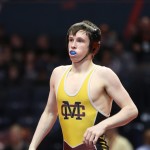